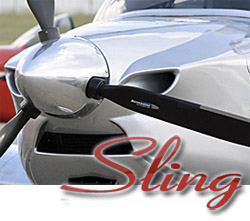 The Airplane Factory’s Sling is SLSA #125 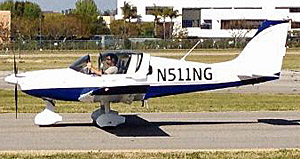 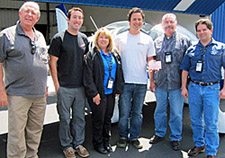 Have you been thinking that it’s been some time since a new Special LSA was announced? While the torrid pace of yesteryear has abated, it ain’t over yet by a long shot. I know of at least a dozen aircraft still in progress to achieve SLSA status. Now, welcome to Sling, SLSA #125.

*** Quietly back on April 18th, 2012 Sling N511NG, based at Torrance, California, received its pink Airworthiness certificate. You may recall reading about a South African Sling earlier, the aircraft completing a world-circling flight that its developers achieved in a fresh-off-the-drawing-board design.

*** Sling began development in 2006 in South Africa; 60 airplanes have been delivered to other countries. “This airplane is the first U.S.-registered Sling,” stated Matt Liknaitzky, the representative of American importer The Airplane Factory USA. Sling was designed from the start to make full use of the LSA envelope and to be in compliance with ASTM standards for Special Light-Sport Aircraft.

*** With partner James Pittman — his cabin mate for the round-the-world flight — Mike Blyth started The Airplane Factory to create Sling. A pioneer of microlight aviation in South Africa, Mike has been involved in designing, building, and selling aircraft since 1985. An aviation adventurer of several grand flights, Mike also became a very capable film maker to tell the story of his flying exploits. He has also owned the Rotax engine distributorship in South Africa for more than 25 years.

*** The Airplane Factory is based in Johannesburg, South Africa, where Matt says they employ a full-time staff of 75 able to produce five ready-to-fly Slings per month. The company also supplies kit versions. In countries that permit, Sling will be made available as an ELSA kit or as an Experimental Amateur Built kit.

*** Sling N511NG will be based at Torrance Airport (KTOA) and will be flying to EAA AirVenture Oshkosh 2012 where it will be on display at Booth #305. For more information contact The Airplane Factory, Inc.