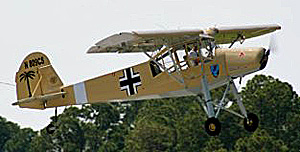 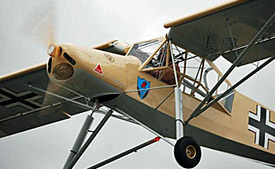 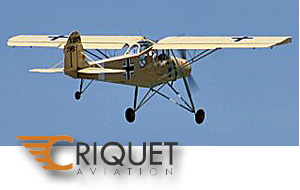 At Summit 2011, EAA and AOPA jointly announced they will pursue driver’s license medical privileges for pilots wishing to operate GA airplanes with less than 180 horsepower with only two persons on board in day VFR. Combined with ongoing events in the LSA industry it seemed a “perfect storm” was brewing. *** The Storm includes: three years of sluggish sales (’09, ’10, and ’11); FAA’s intensified auditing of companies and the agency’s virtual shut down of Criquet’s Storch*; and, the threat of reduced sales following the EAA/AOPA announcement. Any new regulation about driver’s licenses medical is at least a year or two away and perhaps as many as five years — it may never be approved despite a mighty push by two large membership organizations combining their clout. Indeed, five previous tries failed. Nonetheless, many LSA sellers expect sales to slow further as some pilots elect to keep their medical until the proposed rule may become law. *** Good news? No matter the threat of a perfect storm, good news always seems to bubble to the surface. Companies organized specifically to build SLSA may be less challenged by the Storm. I think of Icon and its solid fundraising even in a difficult economy. I also think of Terrafugia and its niche LSA. Some current manufacturers are well equipped to meet all standards and regulations. They are also battle-hardened companies likely to survive the present economic downturn. In fact, just yesterday I heard from a trusted friend that a successful team is reorganizing to introduce a new SLSA (more on that when I’m at liberty). *** Conversely, a company that originally organized to sell 51% kits or ultralights may not have all the structure needed to meet SLSA demands. The business models are distinctly different. *** More good news? LSA have much more to offer than simply being an aircraft that does not require an aviation medical. Buyers can examine more than 120 diverse choices of flying machine with excellent performance and handling, high-tech instrument panels, modern safety gear, large cabins, high useful loads, low operation costs, low noise, and more. In fuel efficiency alone — plus mogas options — Light-Sport Aircraft can still compete handily. *** A 1971 Cessna 172 that could perhaps be flown with a driver’s license medical may cost less but it’s, well… old, and probably worn. Supplies of those older GA aircraft won’t last forever; don’t forget the two-decade period when single engine models were barely produced. A new 172 costs more than twice the most expensive SLSA. *** While concerned, I’m not truly worried. My prediction is the LSA industry will survive its perfect storm.

*At the end of August 2011, FAA sent notice to all field offices nationwide with instructions not to issue any new SLSA airworthiness certificates for the Criquet Storch, effectively halting the business of Criquet Aviation USA and their importer/assembler, U-Fly-It. FAA did not ground the three Storch aircraft already flying in the USA but referred to “possible safety of flight issues” which could stop all flying of the American Storches. FAA has also conducted what they call “prototype audits” of CubCrafters and Tecnam including both the latter company’s U.S. and Italian operations. In the future the agency plans to visit many more operations, in and outside the USA.