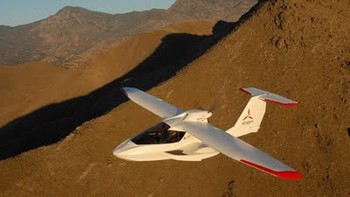 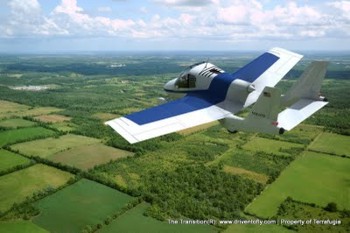 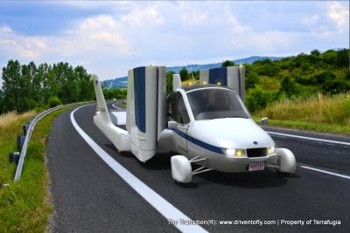 Two of the best-promoted and most interesting LSA projects – and two of the most delayed getting to market – are back in the news. Icon Aircraft, a startup company created to produce the sexy composite A5 amphibian, just snagged  $25 million in funding to help complete remaining design issues, tool up for production and begin cranking out airplanes. *** The company reports around 500 A5 orders on the books, at $139,000 per. A few months of flight testing remain to be completed, along with a new wing (reportedly for better spin resistance and directional stability), which means the production target date has been pushed back again, this time to the last quarter of 2012. *** Reported among the new crop of investors are Eric Schmidt of Google, Satyen Patel, formerly of Nike and Phil Condit, former CEO of Boeing, and some “undisclosed” Silicon Valley entrepreneurs. The initial infusion of greenbacks will be $15 million, with an option for $10 million more. *** Meanwhile, regarding the flying car… er, “roadable aircraft,” the always press-visible Terrafugia recently got a nod from the National Highway Traffic Safety Administration when it granted the company’s application for a temporary exemption for its Transition flying car (or driving airplane… oh, heck, it’s just easier to say flying car).The exemption relaxes four federal vehicle safety standards requirements for the Transition, acknowledging that complying with the standards at this point in the ever-more-costly aircar would impose a condition of substantial economic hardship on the company and also grant more time to find safe alternatives to current automotive safety standards. *** Nonetheless, these are temporary exemptions. And Terrafugia had asked for a longer time period for two of the four exemptions. *** The company cited its 500 potential jobs by 2015 as partial justification for requesting the exemptions, and the agency took that into consideration as well as the overall occupant safety factor. One selling point was Terrafugia’s contention that the Transition increases pilot safety, since it can land at any airport in worsening VFR conditions and continue to the destination by road. Boy, those folks know how to articulate every possible benefit out of their concept. *** The point here would seem to be that the Transition would reduce potential VFR-into-IMC accidents because pilots wouldn’t be tempted to continue flights in bad weather in deterioriating weather. Of course, that’s only common sense for non-IFR pilots, a legal requirement as well, but as we all know, pilots get in trouble this way all the time, with occasional disastrous results. *** Exemption periods of one or three years included tire and rim selection requirements, glazing materials (windows and windscreen), occupant crash protection (advanced — and heavy — air bags) and electronic stability control systems. One can appreciate the difficulty of having to comply with not only aircraft but also automobile regulations, each set of which is tough enough to meet for one-medium vehicles. *** One teaching point for those inclined to scoff at the need to “bend” the rules: the glazing exemption deals with the potential safety hazard that traditional laminated car safety glass presents to pilots when shattered… it can cobweb something fierce. Imagine you get a bird strike front and center on final approach and can’t see forward. You could pull a Lindbergh and look out the side window, but you get the point. *** Significant weight penalty from auto glass is another consideration, so the exemption allows for time to develop polycarbonate materials with comparable protection for the occupants, at less weight, while still resisting shattering or crazing. *** The many design and regulatory challenges have again postponed flight testing of the 2nd, redesigned Transition prototype (the first, which flew briefly, had a canard), until at least March of 2012.