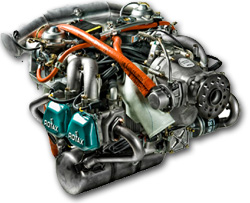 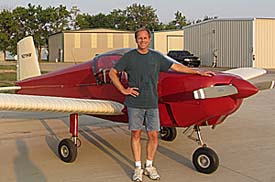 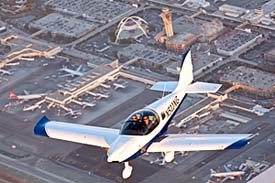 Sling flies over the busy LAX airport which most can recognize from its distinctive restaurant on stilts. Photo by Aaron Gautschi (website). 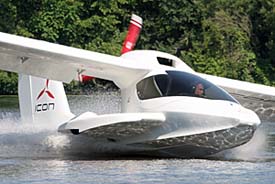 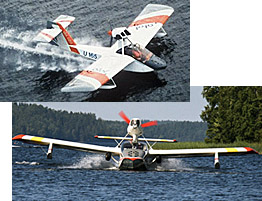 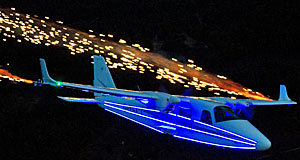 Tecnam Twin is flown in the opening of the Paralympics by Lance Corporal Dave Rawlins (a British Army soldier recovering from injuries sustained in Afghanistan) and Tim Orchard, Tecnam’s dealer for the UK, Ireland and Iceland.

Another busy week finished a very active August that has seen high readership… for which we sincerely thank you. Following are some brief news stories in the LSA space.

*** ROTAX “EMERGENCY AD?” Aviation media was all over the Rotax “Emergency AD” story, but is that entirely accurate? Aren’t LSA subject to manufacturer-issued SBs or Service Bulletins rather than Airworthiness Directives, which are normally issued by FAA for certified aircraft? Well, “yes,” said Rotax expert Phil Lockwood. He explained that the matter in question — some fuel lines that need to be replaced — was a result of a vendor change bringing some incorrect components. “Rotax issued a Service Bulletin last spring on this subject,” Phil added. The so-called “emergency AD” was triggered by an EASA issuance primarily for certified Rotax engines in Europe. Rotax BRP is a very careful company that is quick to correct problems and this was something of delayed reaction that again appears to show the certified world may not respond as quickly as the LSA sector.

*** WILLFORD’S EDUCATIONAL THORP He’s known for his leadership of the ASTM committee and more widely as the lead designer of Cessna’s Skycatcher, but Neal Willford has been busy on another project in his spare time. He reported, “After 10 years of on and off building effort, I finally finished my Thorp Skyscooter and I made the first flight [August 28th]. The flight went well, and took place at Stearman Field in Benton, Kansas, a great small airport near Wichita.” Neal continued, “The FAA allows amateur aircraft building for ‘educational or recreation’ purposes. I would have to agree that it was quite an education — from airframe to systems to electrical, etc. — an education that helped me leading the Cessna Light-Sport Proof of Concept and Skycatcher development programs. I am glad we have that privilege in this country.” He concluded, and you can see the smile for yourself, “Anyway, it is nice to have finally finished it and now have the opportunity to fly it instead of just working on it!” Go, Neal!

*** LSA ABOVE AIRLINERS I’m hard at work on a pilot report as one a few journalists that got to fly one of the newest of all Light-Sport Aircraft, the South African Sling. That airplane distinguished itself by bravely going for a west-to-east round-the-world flight shortly after completing its test series. Sling is also part of a coming family of aircraft, two seats, four seats, and more. In the nearby photo by Aaron Gautschi, Slng is flown over the main Los Angeles airport by Matt Liknaitzky and Ryan Ruel. A north-south VFR corridor goes perhaps counterintuitively but wisely right over the busy airfield, so, yes, this was a legal flight.

*** EXEMPTION REQUEST ACTIONS As most ByDanJohnson.com readers know, Icon Aircraft requested a higher weight exemption to 1,680 pounds. FAA recently announced that a decision about the exemption request will have to wait until the end of 2012. AOPA writer Al Marsh wrote, “Icon seeks that this exemption allow the increased gross-weight Icon A5 to be flown by Sport Pilot [certificate holders] and maintained by LSA repairman like any other SLSA.” Al also noted that I-Tec, which recently obtained an exemption to operate at 1,430 pounds, was limited to operation only by Private ticket holders. The company has more recently asked the FAA to allow Sport Pilots to fly the Maverick at the higher weight of 1,430 pounds. Thankfully, along with Cessna (which is moving to Primary Category), neither company wants leave out the easiest-to-get Sport Pilot certificate.

*** NEW LSA AMPHIBIANS Recently I got an information request call from a Florida business that is working toward a new LSA amphibian. The company, which preferred not to be identified yet, has strong credentials in the world of Experimental Amateur-Built kits and is taking aim at the seaplane segment. They aren’t the only ones. A company in Finland has been flying their wood-structure Atol for 20 years and according to a representative, “We are also seeking approval to market our LSA in the USA soon.” They believe, “Our project should be interesting to customers who are seeking a modern and reasonably priced amphibian.” Likewise, the already-popular SeaRey is also closing on its work to declare compliance for its first SLSA model. Apparently, we’ll have no shortage of LSA seaplanes and how could that possibly be a bad thing?

*** OPENING ACT Though Tecnam‘s Twin isn’t a Light-Sport, it is a derivative of the breed. And it made quite a sensation at the opening of the Paralympics in London. A specially tricked out Twin featured blue LED strip lights on the fuselage and sparkling pyrotechnics on the wing tips to create a stunning night flight visual. You’ll see it pop up in all sorts of media outlets I predict and good for Tecnam. The glowing Twin was flown by a disabled soldier who won his license thanks to support from UK-based charity Aerobility that has since 1993 helped disabled people learn to fly. Though Tecnam’s Twin may not be an LSA, this company has more models than almost any other Light-Sport producer (Tecnam is tied with Pipistrel at five SLSA models).