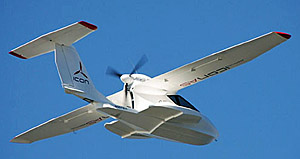 Icon Aircraft has requested a weight exemption for their A5 amphibian. What does this mean? 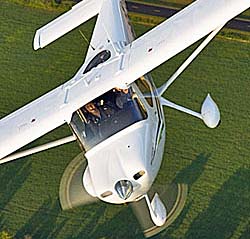 Cessna elected to go Primary Category with the Skycatcher. What are the implications? 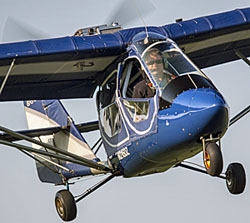 Quicksilver Aeronautics (as it’s now called) was the very first to win Primary Category approval for its GT500, way back in 1993. The company will now add SLSA and ELSA status to Experimental Amateur Built, thereby covering every possible method of FAA approval.

Rans also gained Primary Category approval for its S-7 Courier in addition to SLSA and EAB methods. They report $1.4 million to certify as Primary; can they charge enough to cover this?

Since AirVenture 2012, I’ve been part of several discussions about the way — and reasons why — aircraft become certified. Sound boring? Yes and no. One way this might get your interest is to consider if Icon could join Cessna in going Primary Category instead of LSA. Disclaimer: I have no info about any such decision from Icon; this is merely a discussion. Perhaps even more to the point is the price of airplanes based on their certification cost.

*** COST Some informed estimates from knowledgeable persons suggests the cost of taking a fully designed, tested, and otherwise ready LSA through the full process of ASTM approval including the manufacturing process may be the cost of one airplane at retail. In other words, it might cost $125-150,000 to “certificate” a new LSA, after all design work and testing has been done. A weight shift trike might cost $80,000 as ASTM standards are somewhat simpler for those aircraft types. • The cost of Primary Category has been similarly estimated at about $1 million, but understand all these figures are just discussion, not fully informed values. • And a major organization has estimated the cost of Part 23 certification to be valued at $50 million, however, that figure reportedly includes the cost of designing and testing… so certification cost alone might be perhaps half, or $25 million. It’s challenging to be certain of the total cost of certification as some expenses will be comingled or “burdened” by non-certification tasks. But in round numbers and just for discussion certification costs might be $150,000 for an LSA, $1 million for a Primary, and $25 million (or so) for Part 23. Even if the numbers are off by a wide margin, the differences are huge and you don’t have to be an economist to see how this affects the retail price of airplanes.

*** INNOVATION A smart, motivated small producer might come up with an innovative new LSA and achieve it for a fairly modest investment, perhaps $250,000 to design and “certify” to ASTM standards, though costs might be higher for a more complex aircraft or less for one of the simpler categories of LSA. In contrast, just to gain FAA approval for a new GA-type airplane might cost $25 million… 100 times more than doing it all for a LSA! This enormous disparity explains how designers can create 126 new SLSA in seven years and why so few type certificated airplanes have come to market in recent decades. The incredible flowering of LSA designs has been one of the sector’s most impressive achievements.

*** COMPANY GOALS Cessna has said it will go Primary and most experts believe this is mainly to get into the European market without waiting five or more years for EASA to establish clear rules. However, Cessna has said it will remain Sport Pilot eligible in the USA, meaning a Sport Pilot certificate holder can fly it, meaning it can’t weigh more than 1,320 pounds. Therefore adding weight to the Skycatcher isn’t presently in the cards… apparently.

*** EXEMPTIONS Icon has requested a higher weight exemption. Absent such an exemption, a Sport Pilot might not be able to fly the A5 because its designers want to provide features that could cause the design to exceed LSA weight parameters. If the exemption isn’t granted by FAA, would Icon go Primary to solve this dilemma? Ah, one more detail emerges.

*** A Primary Category Skycatcher or A5 could be flown without a medical if the EAA/AOPA third class medical exemption is granted. An aircraft heavier than LSA parameters would still require a Recreational or Private pilot license but possibly not a medical. Would this meet the goals of either Cessna or Icon?
Both companies state the more easily achieved Sport Pilot certificate factors significantly into their plans.

*** PERFORMANCE One more thing: Should Icon be granted their weight exemption (to 1,680 pounds) and if they stick with the Rotax engine, will the 100-hp 912 iS give the plane enough power to meet their design goals? Some are convinced 100 horsepower isn’t enough, but others observe that the Diamond Katana with a 100-hp Rotax flies satisfactorily at about the same weight although it is a cleaner airplane.

*** Again, I repeat, the preceding is merely a discussion, but one with many plot twists. It will certainly be interesting to watch how FAA rules on either exemption mentioned above and how companies and organizations pursue their goals. More importantly, how will the market (that is, you pilots) demand each kind of certification? Only time will tell.