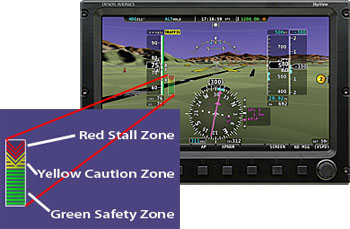 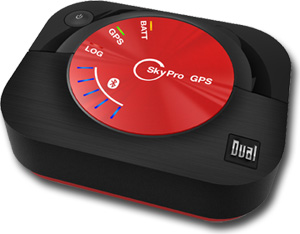 Affectionately known to many pilots as the “hockey puck,” Dual’s XGPS 150 has evolved into the SkyPro 160 with more capabilities. 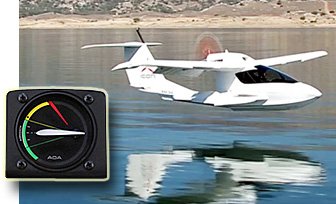 Dynon gathers little moss it appears. The SkyView builder has been upgrading software, releasing new products and now, the Woodinville, Washington company has acquired Advanced Flight Systems (AFS). Dynon said they did the acquisition, “… to use Dynon’s financial strength to keep AFS strong and vibrant in the experimental community.” It appears to be a pure financial move as the two companies will continue to operate with full autonomy, according to a Dynon FAQ series. • Another reason to buy a former “friendly competitor” is to get more deeply involved with Angle of Attack (AoA) indicators, which are causing a significant buzz. “AFS holds patents on Angle of Attack (AoA) technology and has long been a leader with AoA products,” reported Dynon. As you’ll read below, Icon is pushing the instrument and others are singing the praises of AoA, yet fighter aircraft and airliners have had the technology for years. It’s really rather simple so it’s surprising that last year GAMA lamented the challenges of certifying an AoA. The organization said FAA-approved AoAs cost $8,000 and they contrasted that to $800 on homebuilts. Dynon lowers the cost to only $200, mainly for a pitot probe as SkyView already has the software embedded. The popular LSA instrument maker offers a good explanation of AoA.

Avionics aren’t all built in the panel, as Dynon’s good selling D1 portable unit proves. Dual Aviation is a key player in panel-top units which supply info to smartphones and iPads. However, the distinction between panel-top and in-panel blurs when companies like Tecnam install a mounted but removable iPad Mini in their new Astore LSA. Sportair USA’s iCub also uses the Apple tablet as a central instrument. Dual recently announced their new XGPS160 SkyPro GPS Receiver. Compared to the older, slower XGPS150 unit, SkyPro boasts faster satellite signal acquisition, simultaneous U.S. and Russian GPS satellite reception, route recording, and position updates up to 10 times per second. XGPS160 connects wirelessly via Bluetooth to up to 5 devices, and its internal rechargeable battery lasts for 10 hours of continuous use. XGPS160 is shipping now, Dual said, and will be available for purchase at AirVenture priced at $150. “This WAAS GPS receiver works with all current EFB apps, including ForeFlight, Garmin Pilot and WingX Pro7. It is certified to work with all Apple iPad, iPhone and iPod touch devices, as well as with Bluetooth-enabled Android, OS X, and Microsoft Windows and Surface devices,” said Greg Lukins, Vice President of Business Development at Dual. Based in Heathrow, Florida company Dual is a subsidiary of Korea’s Namsung Corporation.

A big pre-Oshkosh question: Will Icon get its weight increase? The situation is supposedly looking stronger for the southern California company as we reported earlier. If FAA grants an exemption, announcing the decision at Oshkosh makes sense and if so, it’ll be smiles all around at Icon Aircraft. The company petitioned for 250 pounds additional to a gross weight of 1,680 pounds. While they anxiously await the final official word, the company has been active on the Angle of Attack instrument promotion, producing an informative video that you can watch below; it’s a good primer on AoA. ••• Meanwhile, yet another city has announced they have a letter of intent for Icon to build airplanes in their town. According to the Vacaville Reporter, the city “has received a non-binding letter of intent from Icon Aircraft Inc. … which plans to move forward on a plan to create a sport aircraft assembly and sales office in an existing 137,940 square foot building at … the Nut Tree Airport.” Vacaville, California is 50 miles northeast of San Francisco near Travis Air Force base, which is also home to the Jimmy Doolittle Air and Space Museum. The city reports having been in talks with Icon since 2011 though the company has visited several locations as it prepares to establish production.

For a good explanation of Angle of Attack indicators, watch Icon’s video on the subject: