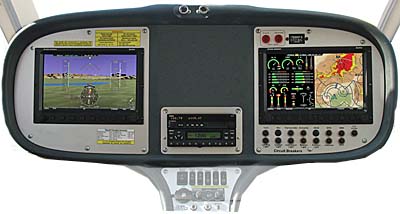 Lately the subject of flying IFR (Instrument Flight Rules) has occupied my time and more than a few pixels on this website. The debate centered on flight into IMC (Instrument Meteorological Conditions… or situations with no or low visibility, or simplistically, flight into clouds). Although I spend 100% of every day on the subject of Light-Sport Aircraft and other flying machines used for aerial recreation, I can also make mistakes explaining all the ins and outs of the six-year-old regulation abbreviated as SP/LSA. I corrected my last SPLOG post on this subject, but I enlisted Robert Hamilton of Dynon to help further. Robert had politely explained to me that I’d made an error. Rather than tackling this myself, I asked him to contribute.

From Robert… “At Dynon we are often asked if our avionic products are ‘Certified’ for IFR flight. In fact, there is no such thing as ‘IFR Certification’ for amateur-built and LSA aircraft, and so answering the question requires an explanation. 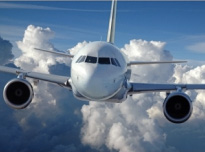 “The relevant regulation is FAR 91.205, which lists equipment that is required for various types and times of flight: VFR, VFR Night, and IFR. Included for IFR flight are such things as two-way communication and navigation equipment, gyroscopic rate-of-turn indicator, sensitive altimeter, artificial horizon, etc. Most modern digital glass panel avionics meet these requirements for the analog gauges they replace. Interestingly, the definition of ‘gyroscopic rate-of-turn’ is based on functionality, and so includes solid-state MEMS (micro-electro-mechanical system) devices which are used in most digital, solid-state AHRS (Attitude Heading Reference Systems). There are many thousands of home-built aircraft legally flying IFR with ‘non-certified’ Dynon digital avionics.

“Does this mean a Light Sport Aircraft with the same digital avionics is IFR legal? The answer to that question must come from the ASTM F37 LSA committee and the aircraft manufacturer. Assuming a LSA is equipped to meet the requirements of FAR 91.205, the avionics equipment is not a restriction. However, the overall aircraft operating limitations are specified by the manufacturer according to the standards written by ASTM committee members and subsequently accepted by FAA.”

Hopefully Robert answered the question, but as I’ve noted earlier, this is not likely the end to the vigorous IFR/IMC discussion.