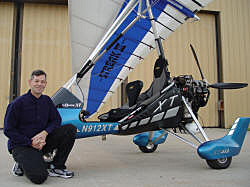 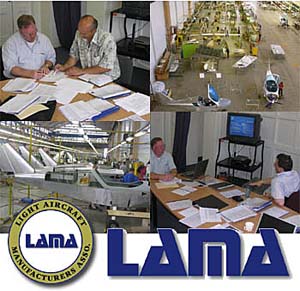 Weight shift instructor and FAA Designated Airworthiness Representative (DAR) Terri Sipantzi wrote an excellent editorial about the FAA’s plan to start inspecting new SLSA or new companies producing LSA. Terri’s piece was well written and accurate. He quoted me but I find it surprising to be the only one publicly talking about this matter even though FAA has said (at AirVenture 2009) that they would be doing more inspections. This is not new information. I am merely beating the drum louder as FAA gets closer to doing what they said they would do. *** Yet Terri left out an important point… Industry could provide such oversight. In fact, I believe industry oversight could be the more effective method to increase compliance and potentially therefore safety, which — to put a fine point on it — is the ultimate goal of certification schemes. All these parts — standards, certification oversight, manufacturing best practices, quality control systems, third party audits — have one purpose: Safety. The good news, according to several speeches by the FAA Administrator, is that LSA safety is reasonably good. *** LAMA has been offering third party oversight but a major problem exists. LAMA (or any group that might perform third party audits) must charge for the service. FAA does their oversight using taxpayer money. When FAA wants to audit, you can’t say no. The LAMA audit is voluntary; no one is obligated to pursue any third party approval (LAMA or otherwise). Regretfully, only a very few companies have requested an independent audit. *** FAA could mandate some third party oversight system. Presently, only LAMA offers such service but others could also step up if qualified. To assure it has top-notch credentials, LAMA engaged Embry Riddle to perform audits. *** Let me be clear. I am not an advocate of government forcing producers to get a LAMA audit. I don’t really want government to force anything. Yet some “teeth” must be in the program. In fact, very powerful forces guide the market even now. *** I believe FAA is only one of no less than five entities that reinforce safety, and I believe the agency is not the most important. Here’s my upside-down hierarchy of how safety is pushed onto producers: • 5th most important — Media articles can condemn an aircraft that has problems; • 4th most important — FAA and their oversight can shut down poor operations; • 3rd most important — Trial lawyers and legal liability enforce best practices by punishing failures; • 2nd most important — Insurance companies can choose not to insure aircraft they consider of questionable safety; no insurance equals far fewer sales; and, #1 most important — Customers won’t buy aircraft they doubt nor aircraft meeting a certification method they don’t understand or that they question. *** Most U.S. aviators still have a woefully slight understanding of the real workings of SP/LSA and I believe this is an essential reason why sales have not met initial expectations. Of course, the light aircraft market is more complex than just certification, but confidence in products like airplanes is essential. Third party oversight is part of building trust; healthy markets insist on oversight. The only question is: Will government or industry provide the oversight?

Update 5/13/11 from Terri Sipantzi — “With respect to safety and based on my experience with the FAA survey (Terri refers to the Assessment), I don’t think [the planned FAA visits] will do much to improve safety directly, though they might have an impact indirectly. My experience with the FAA on the aircraft side (as a maintenance professional and a DAR) is that the FAA is more concerned with the paperwork than they are the actual aircraft. ….. If I were dishonest I could fill out beautiful paperwork without ever looking at a plane. How safe is that? And, as I stated in my article, the FAA survey team spent over 90% of their survey time with me going over paperwork and took only a cursory glance at the aircraft. However, their inspections might affect safety indirectly in that companies who are not very disciplined today may get their act together in all the relevant areas out of fear of failing the FAA inspection. *** Finally, I concur with the list of safety enforcers [above]. I think the market is a far better influencer of safety than the government. This is a pretty small community and word gets around.” —TS