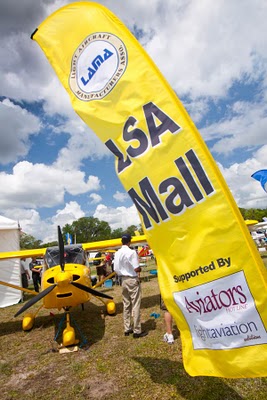 News began filtering out today that FAA informed LAMA (Light Aircraft Manufacturers Assoc.) that it is strongly considering imposing new mandates on how S-LSA designs are approved. *** LAMA chairdude Dan Johnson sent a strong message to LAMA members that FAA may require LSA makers to pass compliance audits managed by a team of FAA inspectors, rather than the manufacturer-certified voluntary nature of the certification program as it now exists, where airframe builders can pay for an audit through LAMA, but are not required to do so. *** Earl Lawrence of EAA talked in depth about this development on the Ultraflight radio program Tuesday July 13th; check their archives to hear the full interview. I appeared on the radio show later in the program to talk about the state of the industry and what’s coming with electric LSA. *** I also got more info from Dan on what this portends for the S-LSA industry as a whole. *** In addition to taking over the audit process, the specially trained FAA team would rigorously inspect the first production version of every new LSA model for compliance to ASTM standards. Only then would an airworthiness certificate be awarded. *** Dan noted that although nothing is out in official legalese yet from the Feds, the industry should brace itself for the possibility. *** All this comes on the heels of a recent FAA spot check of a number of manufacturers that demonstrated several companies were not maintaining full compliance with ASTM standards. Self-certifying that LSA are built to the ASTM spec is a vital — and revolutionary — underpinning of the entire LSA concept.  So when significant numbers of makers aren’t toeing the line, FAA’s “protect the public” mandate kicks into gear. *** Even though the safety record of LSA so far has been right in line with typical GA numbers, unairworthy LSA falling out of the sky is a nightmare scenario nobody needs or wants to see. The structural integrity problems and fatal crashes of Zodiac kit built and S-LSA models are a case in point. *** Dan Johnson, in his LAMA role sent a letter to members suggesting they review their compliance. He also said that he believes FAA will not make mandatory audits retroactive but instead limit them to new models coming down the pipeline, though he cautioned FAA has not decided a course of action at this time. *** More on this potential major story in the weeks to come.