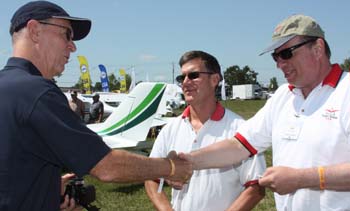 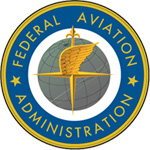 I’m counting and that’s three times in a row that still-relatively-new FAA Administrator Randy Babbitt has maintained his positive view of Light-Sport Aircraft and the industry which produces them. When he was brand new — just a year ago in Oshkosh — Babbitt complimented the LSA safety record at AirVenture 2009. He repeated these congratulatory remarks in a public speech at Sun ‘n Fun 2010. Now he’s tripled down at AirVenture 2010. Here’s what other reporters heard him say… *** Aviation Week posted this (slightly edited) report by Fred George, “More than 300 EAA members stuffed the ‘Meet the Administrator’ forum at Oshkosh on Thursday July 29th, welcoming FAA administrator Randy Babbitt with unusually strong applause. He said he was ‘so impressed’ with the success of Light Sport Aircraft in the aviation industry, pointing out that… more than 3,500 pilots have earned licenses in LSAs in the past six years. According to Babbitt, the [LSA] safety record is ‘marvelous.’ He said that the government / industry partnership in developing the LSA standard was a prime reason.” *** Mary Grady, writing for our good friends at leading aviation web publisher AvWeb, observed (again, modestly edited), “FAA Administrator Randy Babbitt… took some time to express his satisfaction with the sport pilot / light sport aircraft experiment. Regarding LSAs, he said the safety record is ‘marvelous,’ and people in the industry ‘have done what they said they would do’.” *** I love that the top FAA man used the word “marvelous,” and this term is consistent with his earlier remarks. Despite the glowing remarks, FAA and the GA industry have their eye on LSA. Perhaps that’s because, as FAA has often repeated, if industry consensus standards work for LSA, the method could rise into GA aircraft. Logically, if the LSA “experiment” is deemed a failure, it would not be used for new Cessna and Piper four and six seaters. Hmmm? No wonder those big producers and the agency are watching so closely.