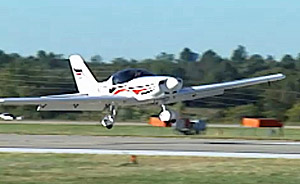 Liftoff! …for the first time with the Lycoming O-233 LSA engine. 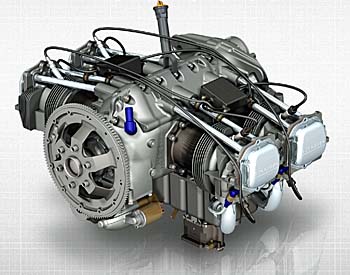 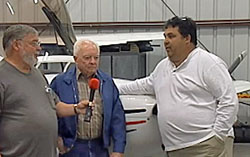 October brought the first flight of the Lycoming O-233 in a Falcon Light-Sport Aircraft. This adds the famed Lycoming nameplate to a stable of LSA powerplant brands including Rotax, Jabiru, and Continental plus the CubCrafters CC340 engine. To these, we can now add the Lycoming O-233 LSA engine. *** “Our first flight flew well right out of the box,” reported test pilot Rob Runyon. “The O-233-powered Falcon performed well. I have no squawks.” On the maiden flight, the Lycoming O-233-powered Falcon logged 0.6 hours doing four take offs and landing. Runyon said it was a gusty day (15G23) but the Falcon handled well. “It was fun to be 1,000 AGL by the end of a 4,000 runway. I saw acceleration through 80 knots at 1,500 fpm. It went right to 110 knots and felt like it could hit 120 knots.” *** Of 110 LSA models on the market, the flight of the Falcon represents a first for Lycoming (although a Florida RV-9 ELSA was fitted and flown with the older O-235). *** Chris “Doc” Bailey and Frosty Hoefer are the owners of Renegade Light Sport LLC, which is organizing to build the Falcon in Lee’s Summit, Missouri. When the Falcon was introduced to America, Bailey was a distributor for T&T Aviation. But recently he reported, “I was able to buy T&T’s distributorship and entire inventory.” T&T started the work with the Lycoming four-cylinder engine and Bailey’s Missouri team has now taken over its development. *** Bailey says they can install either O-235 or the O-233 but the newer engine, “has knocked off almost 40 pounds off by lightening components like the flywheel. It has CDI ignition and a fuel injection package is expected in November.” *** At a max continuous power setting of 2400 rpm, the O-233 provides 100 horsepower although max power available is 115 mph at 2800 rpm. The extra boost pays off in fast climb but test pilot Runyon said you need to back off to about 2000 rpm in the pattern or the Falcon will speed right to 120 knots. Fuel burn at 2400 rpm is 5.2 gph, stated Bailey. The direct-drive (no gearbox) O-233 sets a new benchmark for LSA powerplants with a 2,400-hour TBO. Renegade Light Sport reports working closely with Lycoming and Champion Aerospace to develop this engine and its ignition system.