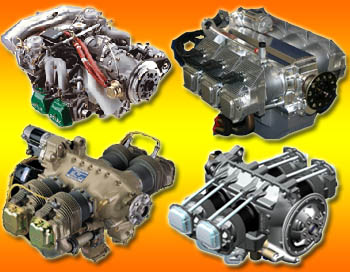 Here come the American engines! Rotax 912s from Austria presently dominate the LSA market with an estimated 70% of installations. Australia’s Jabiru with two engines (85-hp 2200 and 120-hp 3300) has another estimated 15%, leaving the U.S.-built Continental O-200 with about 15%. *** The Lycoming O-235 has been used (in Falcon LS and an RV-9 ELSA) but never LSA optimized. At Oshkosh ’08, the Pennsylvania company announced development of their IO-233 aimed specifically at LSA. At its heart, the new engine is an O-235, but it’s been equipped with electronic ignition, fuel injection in lieu of carburetors, and smaller jugs. “We shaved 40 pounds with thinner induction pipes and a less bulky flywheel, among other changes,” said Mike Kraft, Lycoming’s VP of engineering.” The IO-233 can produce 100 horsepower at 2400 rpm and 116 horsepower at 2700 rpm. *** Despite the weight reductions, the new Lycoming will be significantly heavier than a Rotax 912, perhaps a third more (installed weight can vary due to a variety of factors — see photo legend). However, the Lycoming has a 2400-hour TBO, much longer than Rotax’s 1500 hours. Kraft said the IO-233 will run on high-octane mogas or 100LL. The company expects to meet ASTM standards but is still looking at Part 33 approval. No price was announced.