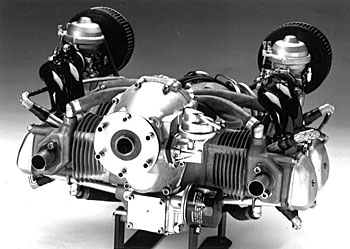 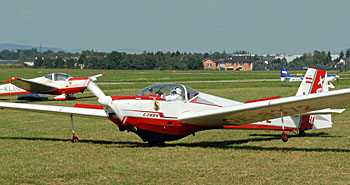 The first aircraft to fly with a Rotax engine. To mark the 25th anniversary of the Rotax 9-series engines, BRP is organizing the second Rotax Fly-In June 5 to 7, 2014 at the airport in Wels, Austria. 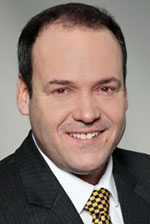 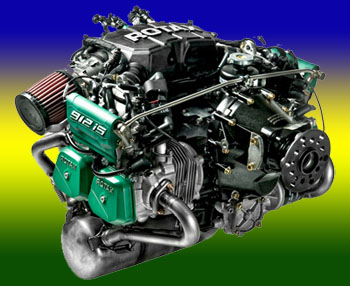 Rotax introduced its new 912 iS in 2013. See our video interview about the first 912 iS to operate in the USA.

The big company bills the now-iconic Rotax 9-series engines as “The Engine that Changed Light Aviation.” Today, few would dispute the claim that the 912 altered light aviation with its low weight and modern design, although Continental Motors, Lycoming, and others have long supplied powerplants for the light aircraft of earlier periods. On Valentine’s Day 2014, Rotax BRP celebrates the 25th Anniversary of its Rotax 912 engine. The four cylinder engine series that now dominates the light aircraft landscape got started in 1989 and was introduced to Americans a couple years later. The company started production of aircraft engines in 1973. Their first certified aircraft engine was delivered in 1975.

In answering the question about the potential for a new aircraft engine, Rotax BRP said it perceived, “… market demand … for a modern, reliable engine that would meet the expected performance. In 1985, the company started the development of a two-cylinder flat engine especially for the aircraft business. Though the performance of 65 horsepower was substantially higher than current aircraft engines [that were producing] 40 horsepower, BRP expected more. With the development of a four-cylinder flat engine, BRP wanted to reach the next level: the 80 horsepower engine category.” BRP’s Rotax 912 development was a project dedicated to the aircraft market. “For the very first time, all conditions needed on an aircraft engine were considered,” the company noted, particularly power-to-weight ratio.

Compared to many powerplants of the late 1980s, the 9-series incorporated liquid cooling and a gear box that slowed the higher-revving engine to usable propeller speeds. The fresh design produced a physically small but powerful engine that brought quieter operation. “A lot of our engineers were pilots and they could share their personal experience and theory. Above all that, they understood the essential requirements of an aircraft engine,” said Francois Tremblay, director, Rotax aircraft engines. Because “about 20 of our employees on the aircraft team are pilots … we are very close to our market and know about the demands in the field,” he added.

The first flight tests with the Rotax 912 engines were conducted on an airfield in Wels near the company’s large production plant in Gunskirchen, Austria, using a Falke glider from the German Scheibe company. Later, the engine was installed into a Dimona model from the Hoffmann company (now called Diamond Aircraft). The company recalled, “For the altitude flight test in 1993, the Rotax 912 engine was modified and equipped with a turbocharger. The airplane — an HK36 Super Dimona model — powered by the Rotax 912 engine with turbocharger reached an altitude of 33,000 feet (11,000 m). As a result of this flight test, the Rotax 914 engine prototype (a Rotax 912 engine with turbocharger) was built. The concept was successful. The company started the development of the Rotax 914 engine and production began a short time later.” In 2013 Rotax BRP introduced its latest variation, the 912 iS fuel-injected engine. About the new model, the company reported, “Real-life flight results are showing an improved fuel economy of up to an average of 30% (vs. the Rotax 912 ULS engine) compared to the 21% improvement mentioned at its launch.” The Rotax 912 iS engine automatically improves its fuel efficiency by switching to a lean ECO mode once the throttle is pulled back to a throttle setting below 97% after the aircraft’s start and climb phases. This results in lower operating costs and an improved carbon footprint due to lower carbon dioxide emission levels.