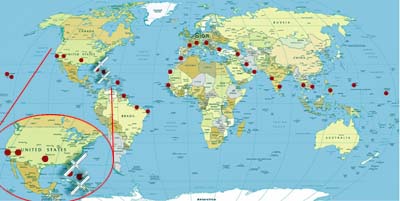 Proposed flight path from east to west around the globe. Check out the global flight project, called Azimut 270, on a map of the planned flight or follow their progress enroute, including 130 hours over water. Map courtesy Azimut 270 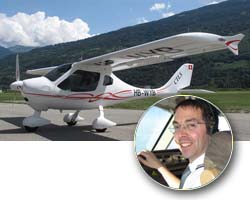 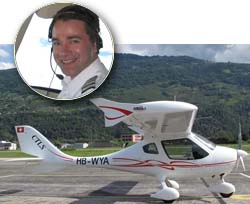 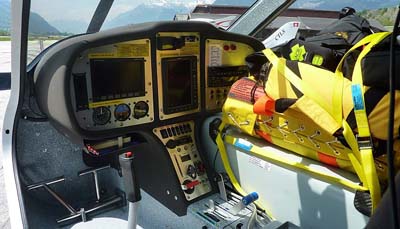 Talk about your crowded cockpit. The CTLS right seat is used to capacity for extra fuel (120 gallons total onboard) plus over-water survival gear and more. Photo courtesy Azimut 270

Way back near the dawn of Light-Sport Aircraft… in 2007, two Indian military pilots flew a CT around the world to commemorate the 75th anniversary of the Indian Air Force. (CT later became one of the first LSA used in an Indian flight school.) *** On April 30th, two Swiss airline pilots took off on another round the globe flight to honor the 100th anniversary of the first flight in their country back in 1910. But this is a different effort than the 2007 Indian circumnavigation. The Swiss pilots — Yannick Bovier, 37, and Francisco Agullo, 41 — are using Flight Design’s newest model, the CTLS… and they’re using two of them! Yep, each qualified pilot will fly his own CTLS, and to keep things straight, they’ve named their aircraft Celine and Dreamcatcher. They’ll emulate South Africans Mike Blythe and James Pitman’s globe-girdling flight by going east-to-west. *** The Swiss pair have four worthy goals: * Pay a tribute to the pioneers and commemorate the 100th anniversary of Swiss aviation; * Promote a more ecological and economical general aviation in order to reduce its environmental impact in the future; * Inspire young people thinking of starting in aviation or making a career out of it; * Make a dream come true and encourage other people to act and fulfill their own dreams. *** “U.S. stops are planned for Miami, Dallas, Las Vegas, Nevada and Monterey, California,” reported John Gilmore, National Sales Manager for Flight Design USA. “[We are] arranging for Yannick and Francisco to meet American CT owners plus interested media. We believe this immense undertaking shows very well how effective the CTLS can be at flying long distances. I guess…! — 27,500 miles, 18 countries, five continents, and two oceans.