Offering only a temptation at this point, Vickers Aircraft is beginning to pull back the curtain on their three-year development. 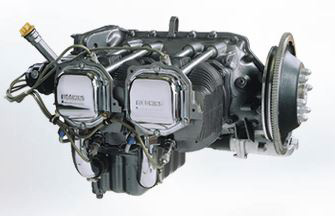 I’ve written a number of articles about LSA seaplanes … about the several we already have in the fleet (Aventura news), and about new designs to come (quick tour of many new LSA and Ultralight seaplanes). One of new ones is called Wave from Vickers Aircraft Company and the new entry is starting to peek from behind the dark curtain. Along with other designs in development, the Vickers project merits close attention as it offers genuine out-of-the-box thinking. Previously I agreed not to say more, governed by a non-disclosure agreement. However, at AirVenture 2013 I ran into Director and principal designer Paul Vickers. After talking about his sponsorship of EAA’s Young Eagles program Paul told me he was finally ready to make some announcements about his project. Following are a couple glimpses.

Another man with inside knowledge said, “This is the coolest, sexiest aircraft coming to market. Wave is breathtaking.” The speaker: Bill Canino of SportairUSA and winner of the LAMA 2013 President’s Award to an Outstanding Individual. This tiny slice of the airframe (image) where wing meets fuselage is all Vickers is willing to show right now. They’ve begun the peek-a-boo unveiling to tempt early position orders. Much like Icon Aircraft did some years back, Vickers Aircraft plans to collect a small deposit from early adopters and will give them special perks for jumping on board sooner. For example, Vickers is offering their first 100 position buyers a percentage discount off a seaplane expected to go for a price similar to Icon‘s A5. The offer is a fairly serious motivator, as much as a $37,000 discount. Icon came on the market at $139,000 but in what is often called “constant dollars” (meaning that today’s price involves more dollars, thanks to inflation). Icon buyers making recent delivery position orders report a price similar to what Vickers is considering for their Wave. While both aircraft are impressive, Wave has some unique qualities.

Vickers Aircraft may be teasing your interest but the company did reveal one very interesting choice: the engine — a Lycoming IO-360, putting out 180 horsepower. Now we’ve seen engines from CubCrafters and Zlin offering similar power and UL Power has some non-certified engines getting close. Still, offering a bigger displacement Lycoming brand engine at this power on a seaplane notably compares to the Icon A5’s 100-horsepower Rotax 912 iS. Paul told me several reasons why he made that decision from the start and he’ll begin discussing this publicly as time goes on but he’ll inform early customers even sooner. Oliver Leber, OEM Sales Manager for Lycoming Engines said, “We have enjoyed working with Vickers on this project, and are excited to see this kind of innovation in the world of general aviation.”

Vickers Aircraft Company also said their amphibian will come with automatic folding wings. Paul Vickers promised, “We’re planning to deliver production aircraft at EAA AirVenture Oshkosh 2014.” If he makes this schedule — the project has been in development for three years already — he may tie or could even beat Icon to market. “Delivery positions are now available,” said Vickers. To get your name on the list and to receive information, email Paul Vickers. Assisting Vickers is Abid Farooqui of SilverLight Aviation. When working on a similar project SilverLight Aviation drew unusually supportive comments from various FAA personnel after successfully completing a full audit. I hope Paul will keep leaking details of his new seaplane. We’ll be keeping an eye on this one.