Bearing a strong resemblance to Icon’s A5, this M2 by Oxai is China’s coming entry to the LSA seaplane race. 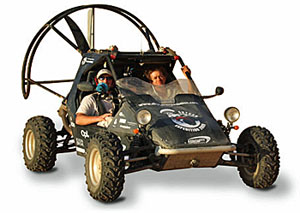 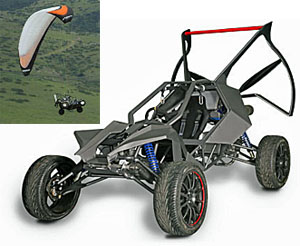 Some ideas appear irrepressible. One is LSA seaplanes. An entire flock of these are coming including a couple new ones I just discovered (and I’m one of those people constantly sniffing about for new light aircraft). The Oxai is the first such Chinese entry I’ve found but they are serious enough to bring ASTM expert Adam Morrison to China for a special one-company-only seminar about the industry consensus standards used to gain government agency acceptance of this new class of airplanes. A principal of consulting firm Streamline Designs, Adam is one of the industry’s leading experts and presents a training class on behalf of ASTM.

More on the Oxai M2 LSA seaplane later. For now, I want to write about a flying car … or maybe I should say “flying hotrod.” Recently I described the stylish Aeromobil from Slovakia. Now consider the gutsy-looking, off-road-capable SkyRunner from merry old England.

Boat shows have long been events inspiring hope among those wishing to launch new vehicles (boats or otherwise). So it’s hardly any surprise that SkyRunner will make its public debut at the Fort Lauderdale International Boat Show this week. Before the marine-oriented unveiling, SkyRunner Founder and CEO Stewart Hamel noted, “Airports are not required with SkyRunner. Imagine driving an all-terrain vehicle that can convert from road to air mode in three minutes.” SkyRunner uses a paragliding wing not unlike that used by a better-known similar project, the I-tec Maverick. The interior of SkyRunner is designed to be a comfortable, functional environment, the company reported. When flying a parawing, the driver/pilot has only two controls: pitch and roll so Parajet International Ltd., described the cockpit as “absent of redundant dials, switches and excessive buttons. With reduced input controls and less to manage in the cockpit, the joy and experience of flight is greatly enhanced.” Simple controls can also add to safety.

SkyRunner weighs 926 pounds and Parajet said it can accelerate to 60 mph in just 4.3 seconds, with a top speed of 115 mph on the ground and 55 mph in the air. SkyRunner’s 1.0 liter EcoBoost direct-injection turbocharged engine delivers 123 horsepower and 148 foot-pounds of torque, which the company said can “provide a high power density compared to similar production engines.” Claiming excellent fuel-efficiency, SkyRunner offers a reported 500 mile road range at 53 miles per gallon and 200 nautical miles in the air. The craft is priced at $119,000. Given the boat show launch, one wonders if the company plans to offer floatation equipment. Powered parachutes have been configured to operate this way and for example, the Maverick can cleverly hold its wing aloft with a telescoping carbon fiber pole. We’ll see what the future holds for Parajet’s SkyRunner. Meanwhile, the company stated that over the next few months it aims to meet ASTM Design & Manufacturing Standards to be accepted by FAA as a Special LSA.