Revised Article UPDATED: 6/5/15 / New total LSA and LSA-like chart (at bottom) — At best statistics can be fluid and hard to state precisely. In response to my request for any Australian input below, Neil Jansen responded, “I found some data sourced from the authority that manages such aircraft categories in Australia (Recreational Aviation Australia).” He attached a PDF article. After my review of this document, I can say that I was not grossly off in my guesstimate of 2,000 LSA-type aircraft. I attempted to be conservative and evidently I was. From a review of the charts and article, I would now increase my Australia figures from 2,000 to perhaps 2,700 so the final calculus of around 50,000 worldwide aircraft looks even more solid. That said, my European counterpart, Jan Fridrich, and I since had a conversation that suggests even 50,000 may not fully cover it. However, better to be conservative on such estimates, I believe. —DJ

One of my favorite tales was taken from an old Delta Air Lines house magazine, the sort sent to employees of the company before email invaded our lives. Airlines have their own meteorology departments and the Delta guys once wrote, “Every time you forecast the weather, you know you’re wrong; you just don’t know by how much or when. If you are ever right, never let ’em forget it.” Ah, yes, remember when we correctly forecast that big storm, back in 1967? I got a lot of chuckles from telling that story.

Weather forecasting is much better today, but statistics can often be wrong despite best efforts. Along this line, I heard from a reader, an engineer in Italy, “In your article ‘Analyzing Statistics on Worldwide Aviation,’ you did not mention my country.” 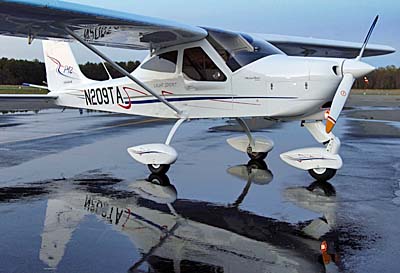 In this update article, I wish to correct that shortcoming and add a couple more pieces of information. The result of my deeper examination pushes sport and recreational aircraft closer to 50,000 worldwide.

My Italian reader, who preferred I did not use his name, wrote, “Apart from being the country from where several LSA aircraft arrive — he mentions Tecnam, which may be the largest LSA and light aircraft producer on the planet — we have over 13,000 registered “ultralight” aircraft with the Aeroclub of Italy (a national institution managing registrations of ultralight aircraft, including gyrocopters and helicopters).” I add that Germany does something similar with its DAeC and DULV, which might account for GAMA having zero information about microlights in Germany, a nation I know to have a significant number of such aircraft. 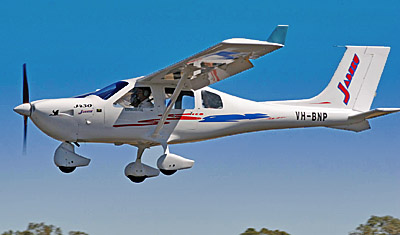 The Italian engineer continued with his amplification, “Although the number (13,000) includes ‘ancient’ aircraft from the ’80s that might be out of commission now, I can confirm that well over 6,000 aircraft are flying from hundreds of grass strips and aerodromes across the country.” As such, this places Italy — correctly so, based on corroborating information — in the top tier of countries with a large base of light and sport aircraft.

“The reason why [the aircraft count] is not so obvious,” he further clarified, “is that the certification of pilots and aircraft is done outside of ENAC (Italian equivalent of FAA) and therefore does not get reported in the usual channels where numbers of registered aircraft are accounted.” 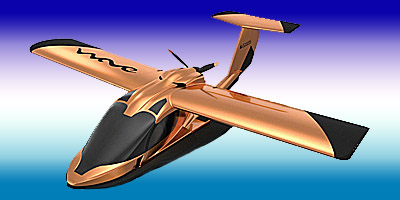 Looking at the pilot side of the equation, he noted, “On a forum I read the impressive number of 17,500 active ultralight pilots.”

“So, despite the obvious intention of keeping a low profile to make sure that the Revenue Service does not develop some new creative tax to hit a vulnerable sector, it looks like there are plenty of pilots and planes filling our skies,” the Italian writer concluded. He then invited, “Come visit and we’ll be happy to show you around.” That’s an offer I’d like to take when I also wish to visit the large Tecnam facility in Italy.

My source finished his message saying, “I fly a older Aeronca with American N-numbers using an FAA Private certificate and therefore I don’t even show up in that list.”

I also managed to overlook two other countries of note. My apology and the only excuse I can offer is that GAMA assembled a great deal of info and I simply did not absorb it all. However, the news is good for the light aircraft sector as the numbers rose considerably from my first estimate of about 40,000 light and/or sport aircraft in the world.

I still don’t know exactly how to evaluate Australia’s numbers — as they did not break out the LSA-type group in any identifiable way — but I would conservatively guess their microlight/LSA/VLA sector could have around 2,000 light or sport aircraft. If someone in that country knows better, please do educate me. I’d like for these reviews to be as accurate as possible.

However, neighboring New Zealand offered more data. Their listing through me off as they switched methods after 2005 and again after 2010. Yet based on further study, I can see they show 1,059 “microlights” and they once showed a high, in 2009 of 1,853 “Sport” aircraft. From this I might guess they have around 2,000 of what might be called LSA-types.

So, with good Italy info and more from down under, I feel reasonably confident reporting that pilots around the globe fly somewhere around 50,000 light, sport, recreational aircraft.

The update of substantial information about Italy and my further pondering of the many pages in GAMA’s detailed report suggest two things to me. First, statistics are devilishly hard to obtain and are subject to all sorts of inconsistencies, many of human origin. Secondly, no matter how you cut it, light and sport aircraft are a very substantial sector of the worldwide family of aircraft.

Here you can examine our chart for LSA and LSA-like aircraft around the world. Please consider all the notes to interpret the figures.