Let’s keep a focus on aircraft affordability. Look, we love recreational aircraft. In how they deliver enjoyment, they are closer to boats, RVs, and motorcycles than they are to a Cirrus SR22 or a Bonanza.

Some owners justify the latter saying they use their airplane for company travel. When an airplane’s price tag approaches $1 million, business use is surely necessary.

Very few of us can even drean of dropping a cool million on an airplane. Rather, I often hear from readers that a $125,000 Light-Sport Aircraft is “way too expensive!”

In this article, I’ll tell you something of Wes Parker‘s story and explain how he came to own the aircraft pictured nearby at a modest expense.

Please note the graphic to the right. This concerns a matter I hope you recognize as extremely important.

At present, flight instruction in Special, Experimental, Limited, and Primary Category aircraft requires a LODA. Failure to have one while conducting paid instruction can get you in trouble, and such illegal activity includes you paying for transition training after you bought a new aircraft. 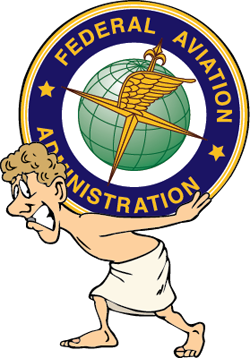 FAA’s July 2021 enforcement action opened a Pandora’s Box and has dramatically affected flight instruction in recreational aircraft of many types.

I hope you’ll check out the video below — it’s just 7 minutes. More importantly, I hope you want to contact your political representative and urge their action to support a fix to FAA’s big stumble. To assist you, links to contact your rep’ appear in this article (scroll to bottom of page).

AOPA said FAA’s ill-fated action forced 40,000 pilots out of compliance overnight. Think about that! If you missed this very upsetting news, check this earlier article, which has two videos to help understand the situation.

Hailing from Greensboro, North Caroline, Wes Parker seems to have found a groove many pilots would like to discover. The Celebrity you see in this article was his fourth Experimental aircraft acquisition. How he did this is the core of a story about how people can afford recreational or sport aircraft. 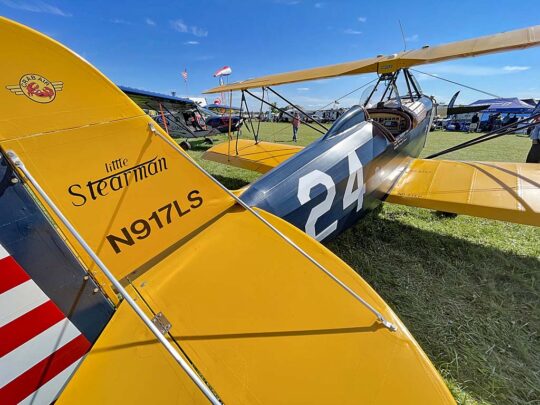 Based on many airshow conversations, I believe many of you share some qualities with Wes. He’s a longtime A&P mechanic who works for HondaJet in avionics using his electrical engineering background. Let’s just say he’s handy and knowledgeable. Many kit builders I’ve met also bring skills and experience to a project.

Basically, Wes did what some people do: buying, fixing up, enjoying for a time, then selling. For non-aviators, this procedure commonly involves cars, houses, or motorcycles but it can also include airplanes.

Before you sell, you get to enjoy, and Wes does. He’s flown his acquisitions plenty but the idea is the same — buy an airplane needing some attention, apply your skills (and some cash), enjoy the airplane, eventually selling it to a new buyer. Wes is good enough at this that he has often come out ahead, leveraging his previous acquisition into a new airplane at minimal new cost. 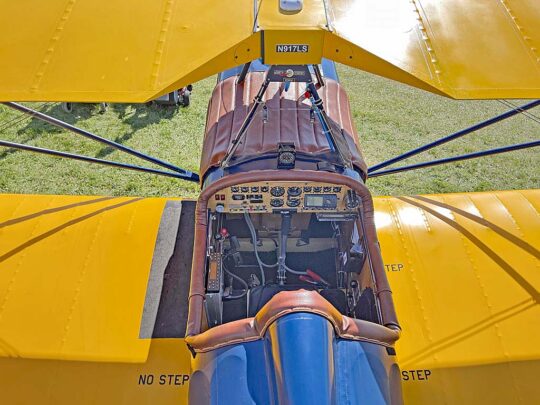 In Wes’s case, his electrical engineering skills and hands-on experience encourages him to seek out interesting aircraft which have work remaining or repairs needed for its electrical system. You may possess particular skills you could apply similarly.

Timing and preparation is important, too. Wes said, “You gotta be ready to buy.” Research your target, seeking ones where you can apply your skills but also have the money and be ready to make an offer.

Wes started with a Zodiac 601XLB (see image toward bottom). An older owner had done a nice job with much of the airframe but the electrical system needed lots of work. “I added some money and used my skills. My wife contributed the striking design of the wrap. We enjoyed flying it but a buyer came along and I cashed out.”

Then came a Lancair 360. The story is similar: an informed buy, finishing or fixing, enjoying, reselling and coming out ahead of investment and expenses. 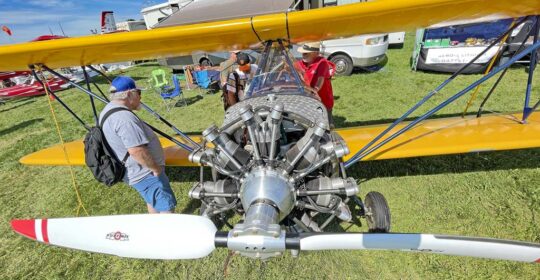 This method didn’t always work perfectly. An investment in a Van’s RV-3, for its engine in particular, proved to be a “learning experience.” Wes hoped he could energize a Beech Skipper that needed a more potent engine but a required STC turned out not to be available, so that project was less profitable.

When Wes decided not to play the Airman’s Medical game, he returned to flying Sport Pilot-eligible aircraft. Into his life came Celebrity.

The handsome Celebrity biplane you see nearby was another case of an older owner doing good work within in his skills but having a substantial share unfinished. In this case, you guessed correctly, the Fisher Flying Products Celebrity needed electrical work. Wes found the aircraft after posting a wanted notice on Barnstormers.com. 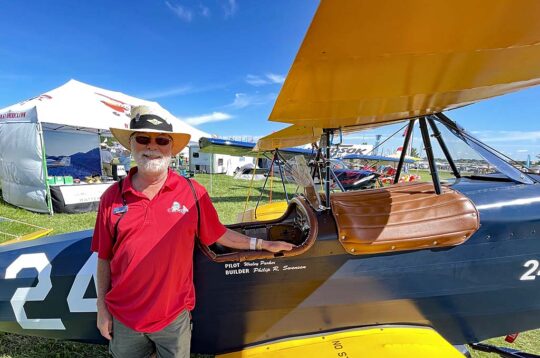 Originally built by Phil Swenson, this Celebrity project was completed by current owner, Wes Parker who has parlayed his way into different aircraft at modest expense.

Because he seeks what might be called “distressed kit projects,” Wes gets good deals. A prior owner is glad to recover some funds and get a project they’ll never finish off their conscience, As with all good free market transactions, both sides get what they want or no deal happens.

Wes made out again but the older builder could not enter the front cockpit to check out Wes so he proceeded solo with cautious crow hops and worked his way up to solo flight.

“I had little taildragger time and no biplane time, but since no one was available to check me out, I took it slow and ended up soloing the plane shortly after buying it,” Wes recalls.

Wes acquired the Celebrity early this year and already has 100 hours on it. He flew the biplane from home base in Greensboro, North Carolina to Oshkosh and back (13 hours each way).

While up in Wisconsin attending the show, he participated as the only biplane in the AirVenture Cup air races. “Since I was the only entry, I won,” Wes smiled, “and I could’ve won Unlimited Class, too, as no biplanes entered.”

Wes and I spoke for 45 minutes and he told story after story of his fun in recreational aviation. I can’t relate them all here but I came away impressed at how far one fellow can go following his method. A few extra photos below tell more of his airplane history.

By buying carefully, adding his own labors, and selling to someone glad to have a fully-finished Experimental, Wes has been able to keep his cost of acquisition surprisingly low. Based on figures we discussed, I’d guess Wes is in about the value of a deluxe new SUV and I’d call that achievement both inventive and economic.

Get more facts about Celebrity direct from the factory. 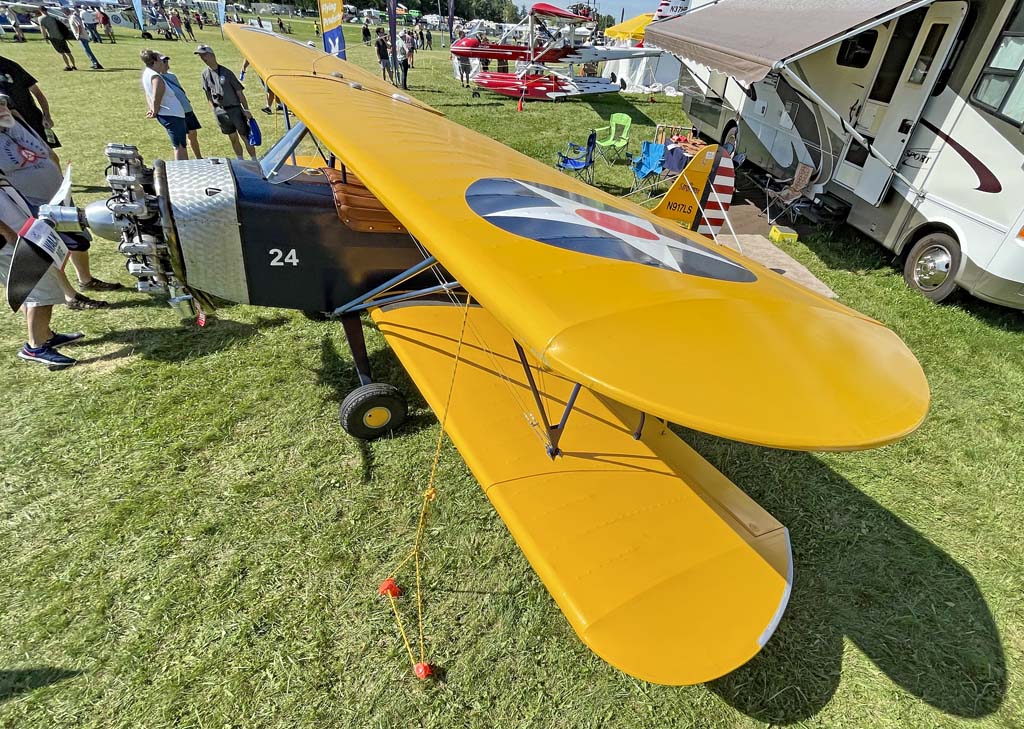 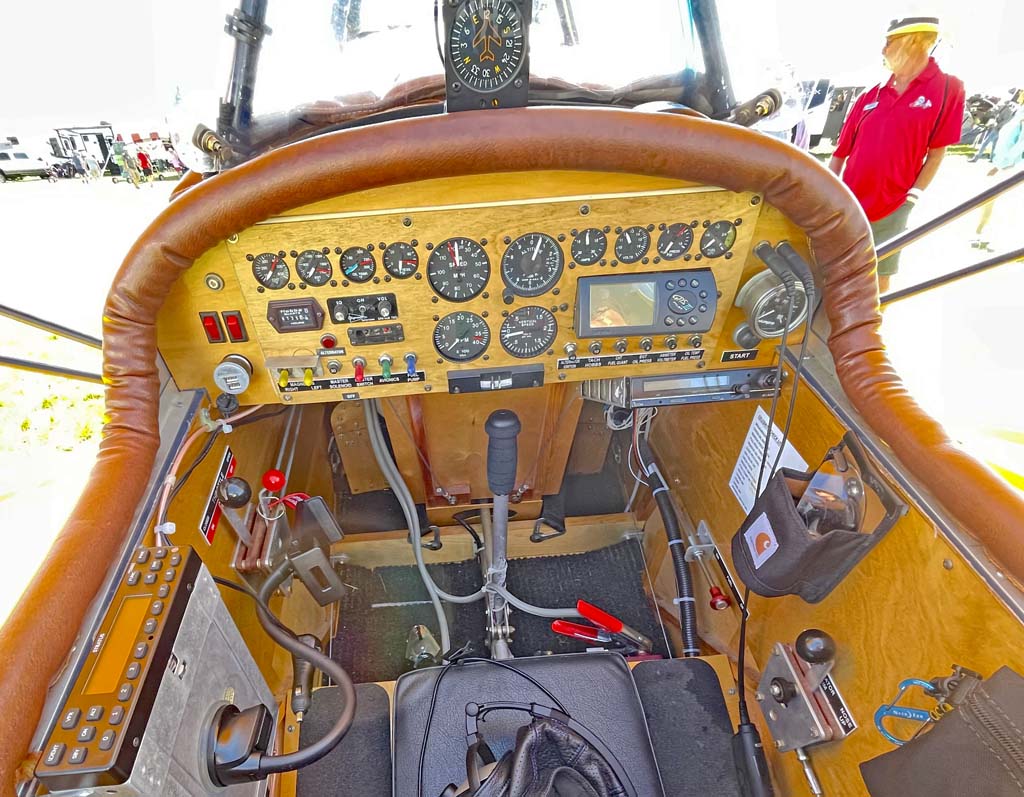 In 2021 alone, Wes Parker has spent 100 enjoyable hours in this cockpit.

An earlier acquisition was a mostly-done Zodiac 601XLB for which Wes Parker’s wife designed this distinctive wrap graphic.

Among his various Experimental was this Lancair 360, which Wes enjoyed for its speedy performance. Choosing not to worry about an aviation medical lead Wes back to Sport Pilot and the Celebrity.