Recently I wrote about an American classic, Luscombe’s Model 8 LSA. We can go back even further in time and uncover a handsome flock of highly affordable airplanes that also check the vintage box. 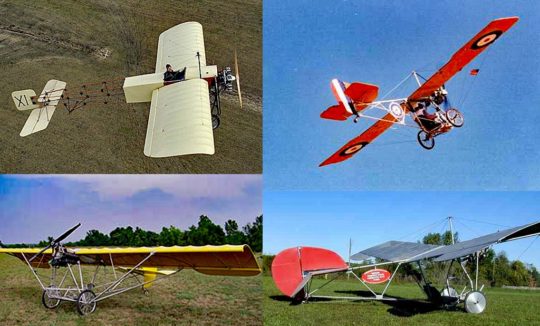 Airdrome’s many models — five of which can be built as Part 103 ultralights — look like a page from history but fly well in the modern world.

Here is one man’s very successful mission to both preserve aviation heritage and give you the chance to participate in the fun …without having to do all the research Robert does. As a bonus, many of these kits assemble much faster than many kit designs.

Robert is incredibly productive. In the video below, he notes he has introduced 25 new models in 25 years. While I know several other light aircraft designers with long lists of models created, none appear to equal the sheer output of Baslee. He operates the Airdrome Aeroplanes website that is chock-full of information. 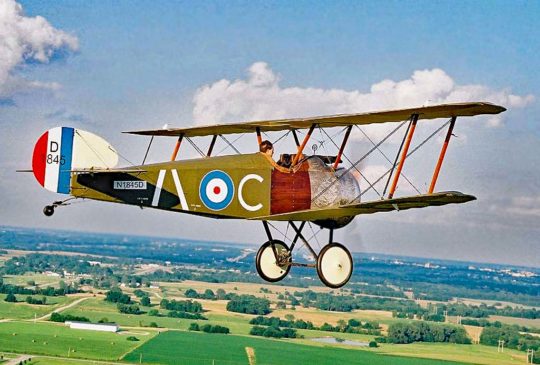 “But he’s just copying old designs and remaking them,” said one naysayer.

“Oh, really,” I thought! “You actually believe Robert can glance a few old drawings and then whip out a 75%-scale version made of modern materials — and with flight characteristics that modern pilots will find acceptable? Do you you genuinely think that could be an easy task?”

Anyone who concludes resurrecting these aircraft is easy greatly undervalues the effort it takes to thoroughly research and examine one of these vintage World War I flying machines and recreate them using the knowledge of the 21st century.

According to several pilots who have built and flown one of Robert’s many models, these are well-achieved replicas that fly well, perform according to expectations, and are delivered in kits you can build in surprisingly short times. 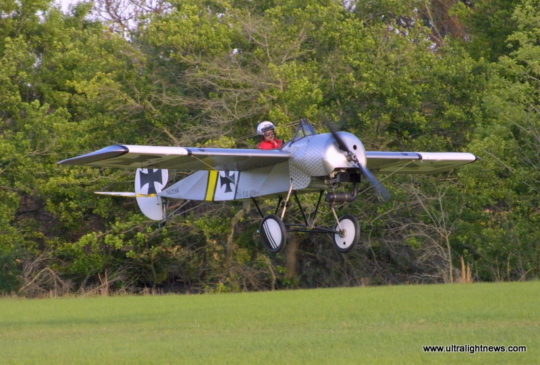 “Any one of these legendary flying machines can be yours in a reasonably short period of time, approximately 300-400 man hours,” said Robert. “Construction can be accomplished in a space about the size of a one-car garage. Each of our kits have been setup to allow easy construction using only basic hand tools. All machined and welded parts come pre-done. With the aid of our construction video and unlimited builder support, even the first time builder will find construction quick, easy, and rewarding.”

How about operating one of these vintage aircraft?

“Flying an aircraft constructed with your own hands will provide endless hours of fun and excitement,” added Robert. “Imagine yourself in the cockpit, donned in a leather flying helmet, goggles, and a white silk scarf, the horizon backdropped by the warm glow of the setting sun… this is an experience that very few people will ever know.” A few Airdrome pilots I’ve met confirm these are easy-to-fly aircraft.

Readers with further questions or those ready to purchase one of Airdrome’s flying machines can contact Robert by phone at 816-230-8585 or send him an email.

While working on the coming Part 103 List, I discovered that among the many models Robert has developed, Airdrome reports five can be built as Part 103s. Of course, as with most 103 ultralights, the builder will have to use care and not elect many options if he or she is going to stay compliant. Nonetheless, Airdrome ultralight candidtates are surprisingly light aircraft

How Much? This is one of the most common questions. Answers are hard for two reasons: you can configure a kit-built airplane in many ways and it’s impossible to price all variations; and, these articles last a long time and the value of money changes through inflation.

Yet whenever you look at them, these should qualify as very affordable ultralight models. 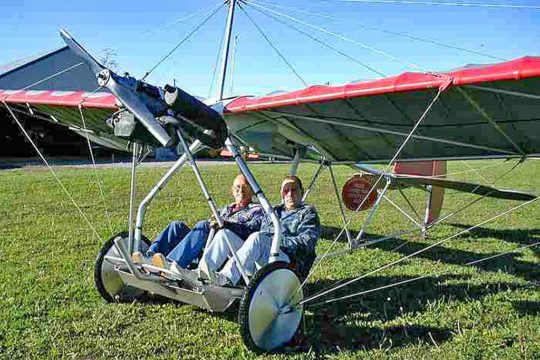 Dream Fantasy is a two-seat trainer perfect for solo pilots in the Dream Classic. Even the two seater airframe is only $4,995 (without engine, prop, instruments, finish).

In 2020, the Dream Classic wire-braced model airframe kit listed for only $3,495; a strut braced version is $3,995. To this you’ll add an engine (used 447s and 503s in reasonably good condition sell for something similar) and prop plus paint, interior finishing, and instruments. It is very possible to get in the air for less than $10,000.

Building an airplane for less than one-third the cost of the average new automobile reflects a true bargain. That such a construction will turn heads everywhere you go is icing on the cake.

Dream Classic Ultralight is a three-axis aircraft with a side-mount stick. It is covered with the certified Poly Fiber process. This kit comes with all machining and required welding pre-done. Construction time is normally around 100-120 hours.

While all Airdrome models are special in their own way, my personal favorite is this (not Part 103) Spirit of St. Louis replica.

We have not interviewed Robert Baslee about his ultralight models but his methods are similar for all the many airplanes he has created. Here we check out a “movie star.”