I have long recognized that one of the toughest things a group can do is decide to launch and operate a new event. I think this is probably true outside of aviation as well but it’s certainly tough to do with airshows where weather is one of many factors you need to consider. 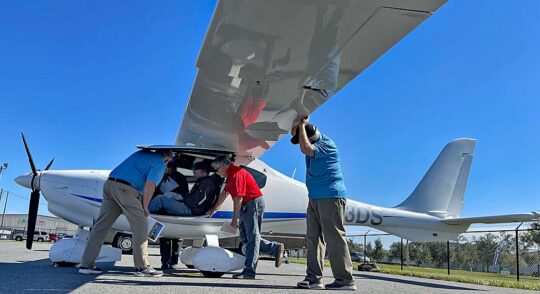 With that in mind I would say that Day One of Aero Showcase 2022 — the rebadged and revised version of the five-year-old DeLand Sport Aviation Showcase — should be judged a success.

As I arrived on Friday morning, a weekday and therefore a workday for many, I was pleasantly surprised to see nearly every airplane present had a small cluster of people around it. Organizers benefited from a beautiful day in the mid-70s and the outlook for Saturday is equally good. Weather is forecast in the upper-70s with mostly sunny skies and almost no chance of rain. It should be a nice day for folks to come out and have a look at a bunch of shiny new airplanes and other equipment. 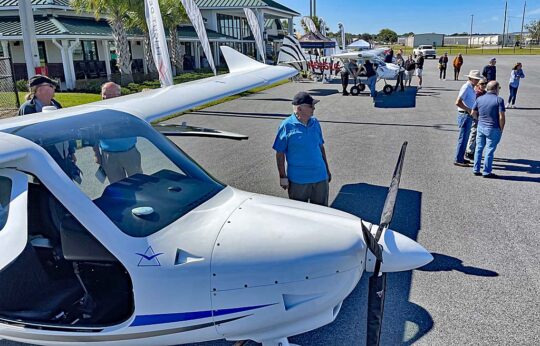 Nearly every aircraft present attracted interested pilots. The new DeLand airport building is seen behind the aircraft. AeroSport and two of their BushCat were right out front.

According to conversations with several vendors, I would estimate that on this first day of a brand new event (even if it is benefiting from following the prior DeLand show) that five airplanes were sold, as verified by the signing of contracts.

Several pilots I spoke to were enthusiastic to see this collection of airplanes. While most came from Florida or neighboring states, at least one man was in town from California to do business with the light aviation group that has developed on the DeLand airport. 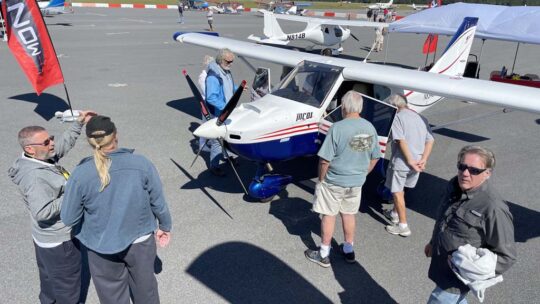 One was to widen it somewhat beyond LSA, and indeed, the exhibits included an Extra aerobatic aircraft and three different models from Tecnam. Tecnam’s people exhibited their P2010 with a diesel engine, their dual-Rotax Twin aircraft that has found a market in flight schools that need to do multi-engine training at more modest cost, and they showed the sleek P2008 LSA in its Mk II configurations. No question, the Italian manufacturer builds a handsome aircraft. 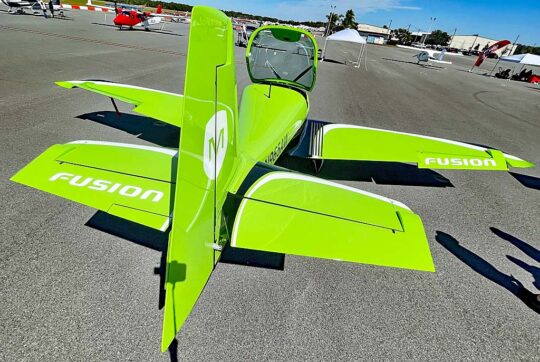 The first aircraft that caught my attention was this eye-catching Magnus Fusion 212.

Aero Showcase is organized by the same individuals behind Aero Affinity. This group represents a collection of different airplanes, of course all exhibiting at the event. They also provide a variety of services include maintenance, instruction, and kit-building assistance. One of the more distinct services offered by Aero Affinity is a resource for manufacturers of designs in other nations to enter the U.S. market. This is especially daunting and as several of the members of Aero Affinity represent imported products, they know the value of the knowledge they had to acquire on their own. This goal may not seem to affect the average pilot but it does help ensure better customer services for a wider variety of brands. I feel the service has merit.

The DeLand airport itself is quite the interesting place for folks that have not visited before. Known around the world as a skydiving destination, the activity is supported by something like 35 businesses employing around 600 people. Right away that should give you a flavor of what DeLand airport is like. It also has not one but two restaurants, one of which was immediately adjacent to the display area (saving organizers the need to organize food trucks). 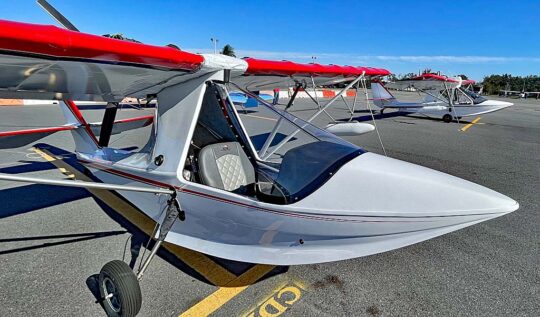 The location for the Aero Showcase moved across the field from where the prior Sport Aviation Showcase was located and almost everyone agreed it was far more convenient. It also made great use of the impressive building that airport manager John Eiff has brought into existence during his tenure. This handsome facility provided an entry point to the display ramp plus services.

I enjoyed a nice conversation with John where he described his additional plans for the airport facilities and the conversation also brought to mind Mt. Vernon airport manager, Chris Collins. The light aviation industry is very fortunate to have these two fine men operating airports that are so friendly to the activity we love.

I hope you can come out on Saturday.