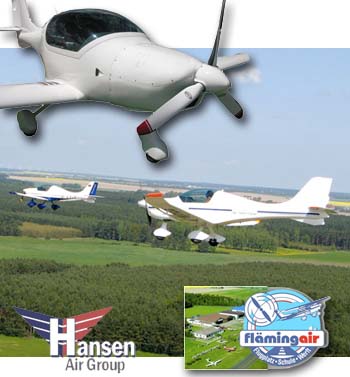 SEBRING UPDATE — First shown at Sun ‘n Fun 2008, FA-04 Peregrine will be present at the 2009 Sebring LSA Expo January 22 to 25. Welcome to warm, sunny Sebring for a winter break! SLSA approval of the Peregrine brings the total to 88 aircraft models and 66 companies.

On December 29th, a new Special Light-Sport Aircraft was approved. With only a couple days remaining in this challenging year, I suspect this will be the final approval of 2008. Welcome to the FA-04 Peregrine, which was inspected after assembly at Hansen Air Group in the Atlanta area. I believe this to be the first LSA from former East Germany (which was ironically named German Democratic Republic even though it was Communist). *** FA-04 Peregrine is a low-wing carbon fiber LSA that evolved from Flaeming Air‘s FA-02, which earlier had won European VLA approval. The interior is 44 inches wide (a Cessna 172 is 39.5 in.) with “lots of legroom” and a large luggage compartment that makes the model appropriate for longer cross country flights. Adjustable seats aid occupant comfort. In an interesting variation, Peregrine has main landing gear that can “easily be converted to a taildragger,” said Jon Hansen. *** Hansen Air Group, an early player in the LSA world that also worked on the ASTM committee, paved the way for Tecnam as its first representative. Later the organization, with headquarters in the east, put its effort into selling Sky Arrow. FA-04 Peregrine represents a significant return to the market for the Georgia enterprise.