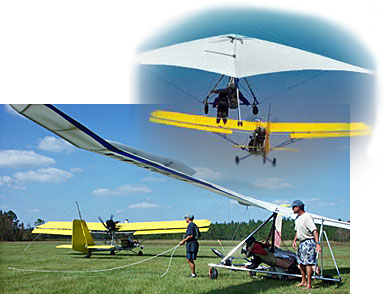 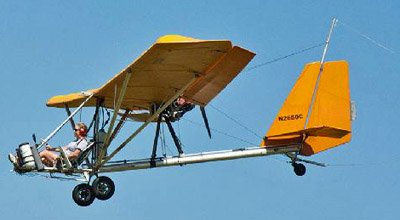 Read the earlier story about gaining approval for Dragonfly. 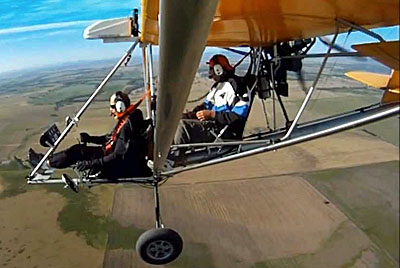 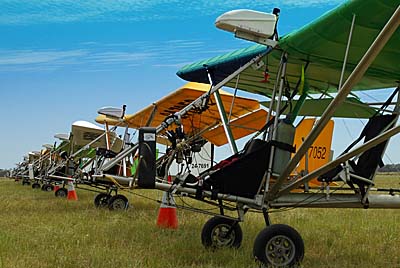 A long line of Dragonflys are prepared to launch hang gliders in competition in Australia.

In two industry meetings held during 2014, Light-Sport Aircraft manufacturers, organization leaders, FAA personnel, and other interested parties reviewed a list of changes that would improve the 10-year-old SP/LSA regulation. Some items represent minor changes the agency could make fairly quickly. Others are more challenging. Number one on the list involves FAA allowing certain commercial LSA operations when flown by qualified pilots. Even if no great resistance exists — and reasons for optimism are present — this could be some time coming as regulation change is complicated in today’s federal government. Another area of intense interest is electric power. While unleashing development of LSA using electric propulsion also requires regulation change, an exemption might allow technical progress before rule change could occur. Recently another group with many more years of effort already invested was able to earn such an exemption. Ed Pitman of Pitman Air recently announced Exemption 11104.

The exemption covers new SLSA and ELSA kits plus transitioned ELSA Dragonfly aircraft. The exemption allows Light-Sport compensated towing of hang gliders, light sailplanes, and LSA gliders. This is a big step forward. Dragonfly tugs are operating around the world, but arrived many years ago as “ultralight” aircraft, a term with different meaning in different countries. Today in the USA, an ultralight is a single seater of minimal weight. Dragonfly couldn’t fit the definition if it was to do the job properly. Yet modern hang gliders are launched in many parts of the USA and world by a fleet of Dragonfly aircraft. Even though they are often operated in remote areas well away from other air traffic, running an enterprise in a gray area of rules and regulations was not acceptable for the long run. Airparks around the USA tow hang gliders aloft and have almost no accidents so they were able to remain off the radar for years. FAA knew what was going on, but as these operations didn’t interfere with the airspace system and being almost incident-free — and considering FAA’s docket full of high-pressure matters like drone operations — hang glider towing was allowed to proceed.

A valuable aspect of Pitman’s fresh exemption is allowing “transitioned” ELSA to tow. Those are aircraft formerly known as two-seat ultralights that FAA wanted to call Light-Sport Aircraft. Transitioned aircraft had not met ASTM standards but, for a limited time, were allowed to become a kind of special ELSA, grandfathered in as part of the move to Sport Pilot and Light-Sport Aircraft. With the “E” in front, no commercial operation was possible. However, airparks that already owned many of these “ultralight” Dragonflys have to provide launch and landing zones, various kinds of support equipment, qualified pilots, plus fuel. They need to at least recover their expenses. This exemption provides a solution.

Ed wrote, “During the transition period [from ultralight to ELSA], many FAA Designated Airworthiness Representatives issued ELSA airworthiness certificates that varied greatly in the language of the Operating Limitations. If the Op Limits do not contain the proper language for Aero Towing, [operators of pre-LSA Dragonflys were] out of luck.” The old operating limits could not be changed after January 31, 2008 when the transition period closed. This is why the addition of transitioned Dragonflys is such a prize.

I logged thousands of hours flying hang gliders, first from mountain launches and later via tow behind Dragonfly tugs. The aircraft was purpose-designed for this duty and does the job incredibly well. One operator, Wallaby Ranch in central Florida, can document tens of thousands of successful launches of hang gliders by Dragonfly with an impeccable safety record. Many other airparks also provide valuable launch services. For the modern hang gliding industry, granting of this exemption can be viewed with immense relief.

If knowing the exact wording and detail is important to you, or if you need to present the official exemption to an FAA representative, download here the entire signed exemption 11104. (This link was updated 12/8/14.) The exemption was issued on November 18th, 2014,. Hearty congratulations to Ed for navigating the federal bureaucracy and kudos to FAA personnel for agreeing to the logic of this request.

Moves by FAA to grant exemption relief as shown in this case offer a glimpse at the possibility for commercial operations by other LSA and possibly for electric power. Earlier this year, at the request of one FAA group, LAMA polled companies around the globe to find many other countries allow commercial operations by aircraft very similar to LSA. Operations such as pipeline patrol, crop spraying, aerial surveying, fire spotting, livestock monitoring and many other activities are permitted in at least 15 countries referenced in the survey. No one expects commercial operation of LSA soon but the possibility has entered the conversation and that could be as good for the LSA industry as Pitman’s exemption is for the hang gliding community.