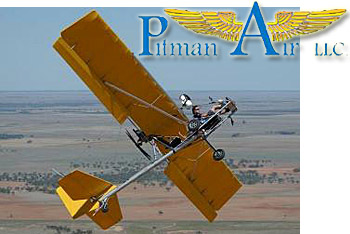 You might not be in the market for a super slow flying aircraft like Dragonfly that stalls at less than 20 mph. You might not care that Ed Pittman took the lead winning Special LSA approval on behalf of Australian businessman and hang gliding pioneer Bill Moyes and American Dragonfly designer Bobby Bailey. However, as a longtime hang gliding enthusiast, I can attest on behalf of many who enjoy soaring flight in hang gliders that Dragonfly is a critically important aircraft. The unusual aircraft was purpose designed to tow a hang glider aloft so it can be released — commonly at 2,000-2,500 feet and often right in a column of thermal lift — to allow it to achieve soaring flight without the benefit of a mountain from which to launch. One of the most successful aerotug airparks, called Wallaby Ranch, is located a few miles south of Disney World in Florida. Wallaby owns and operates four Dragonfly aircraft and numerous others are in duty elsewhere around the country and globe.

Most everyone in light aviation is now aware that FAA is out conducting audits of LSA manufacturers, with particular attention to new manufacturers or existing manufacturers offering a new model. Last year, FAA issued more guidance — in the form of the catchily-named 8130.2G Chg 1 directive — that defines more about what is a new model or manufacturer. All this was working, albeit at the rather leisurely pace of two audits a month (which would take several years to go through all 90+ manufacturers of LSA), until the federal sequestration came along. With their budget cut, FAA pulled back on all kinds of activities, most notably closing control towers (since altered by congressional action) and charging airshows like Sun ‘n Fun and AirVenture to operate towers during their events. With this in mind I asked Ed if Dragonfly powered by the Rotax 912 was considered a new model. Ed replied, “Yes, they treated it as a new model.” Ed previously gained approval for a Rotax 582-powered Dragonfly but these two have differently worded Airworthiness Certificates. “Once again I didn’t get the ‘Special Team’ (of several FAA auditors from Washington DC) due to budget constraints within the FAA.” Perhaps because of the special duty of this low-speed LSA, Ed concluded, “I don’t think they are very worried about the Dragonfly.”

“We now offer Dragonfly 582 and Dragonfly 912 in both 80 and 100 horsepower models.” He added, “We found a prop that generates 525 pounds of thrust on the 100-hp 912 which should satisfy most towing needs.” He noted that this powerful thrust met technical specifications issued by Rotax Aircraft Engines and finished saying, “That’s not easy to do with the ASTM requirements and props out there today. These props are made specially for our operation.” I know Ed for many years through our mutual hang gliding interest and find him to be a serious, thorough person. The hang gliding community should be celebrating his accomplishment at gaining acceptance by FAA. An SLSA Dragonfly is available ready-to-fly for $67,222 for a 65-hp Rotax 582 model or $81,904 with 100-hp Rotax 912. An ELSA kit version of the latter is $66,964. You may want other accessories or services so check this page for all the details and then call Ed Pittman (530-945-1860 Pacific time) for delivery info.