Over the years, curious pilots have asked me what aircraft I fly. I’ve had the pleasure to evaluate a great many models; the number crossed 400 a couple years back. My usual quip is that this experience makes me a pilot of many and a master of none. I usually add that anyone with a good number of hours in their own airplane knows far more about it than I do. 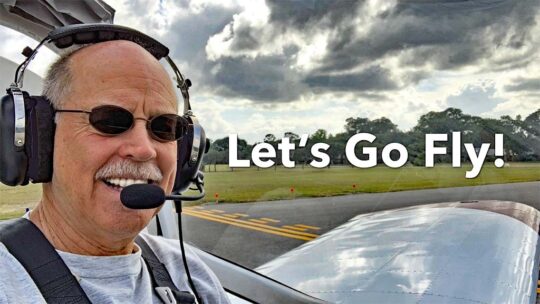 However, I have gotten to fly a small number of airplanes for a higher number of hours. The most recent such experience is with a Van’s RV-12, because a neighbor of mine at my home airport allows me to enjoy his airplane. It’s a nice arrangement that I value highly; thanks, Joe!

I usually avoid identifying what I’m flying for a couple reasons. First, I don’t own a Light-Sport Aircraft because that can get uncomfortable in an industry where I fly one after another to report on them. Secondly, when you are shopping for an airplane, it may be helpful to hear lots of facts about an airplane but what I think personally isn’t important. We aren’t the same. We have different experience, different expectations, and different goals in our flying. That fact is why I created PlaneFinder 2.0 to help you find your best airplane.

With several dozen hours in an RV-12 I’ve come to more fully understand why so many pilots are enthusiastic about their RV, the majority of which are not -12s, yet the whole Van’s Aircraft line (RV-3 through RV-14) share common characteristics. Among those are sprightly performance and simply marvelous handling. 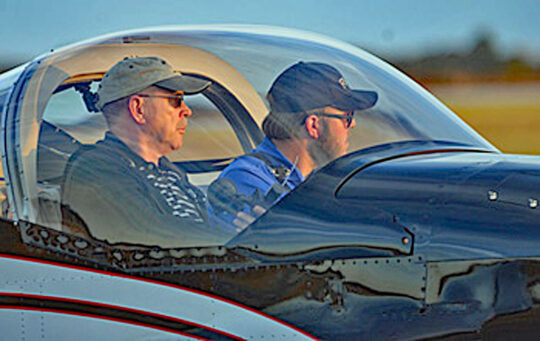 I will let the two videos below provide most of the nuts and bolts details that pilots crave. In the following words, I’ll relate some of my experiences and discoveries after flying the -12 for more hours.

To begin, I’m a high wing guy. Most pilots have a clear preference for high or low wing configurations. Some think low wings look “less awkward” and “more streamlined.”

They are entitled to that opinion, but for me, the number one reason to fly an aircraft with an engine is visibility… to observe a beautiful landscape unfold below. I’ve found aerial sightseeing is a common desire among aviators. If so, a low wing gets in the way. RV-12 places the wing sufficiently aft that from either seat you actually do have some downward visibility, but it is not as broad as a high wing design, especially one with cantilevered construction; no wing strut gets in your way. 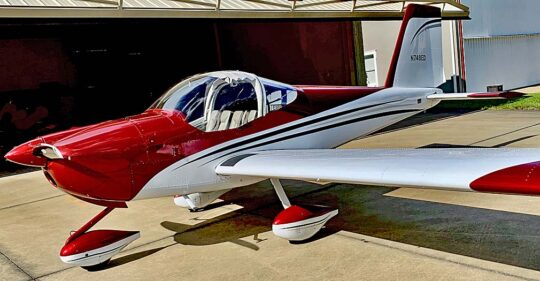 High wing airplanes are usually much easier to enter, a factor for older, less flexible pilots. Yet among low wing designs, RV-12 is easier as you enter from the front of the wing (see step in a nearby photo). You can use structure to help climb up on the wing and once you get to that point you can simply step onto the floor. You don’t have to step in the seat as on some low wing aircraft. Most folks don’t like having to do that and some low wing owners have a towel to put on the seat to keep dirty shoes off of it. 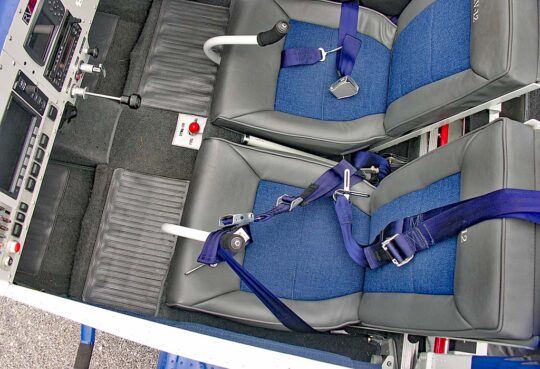 A wing step is partially shown at lower left. You can step down onto the floor before sitting.

I’m ambivalent about whether the engine should be in the front or the back. On a weight-shift trike, I love having a wide-open view up front. I’ve also enjoyed the AirCam which puts twin engines in a pusher configuration and sticks the pilot way out in front of the wing, giving enormous visibility. Tractor-engine aircraft offer some efficiencies pushers lack, for example, better cooling, a very important design aspect.

Speaking of engines, Van’s chose the Rotax 912 series for their RV-12 LSA entry. I think it was the right choice although pilots have other great choices from Continental, Jabiru, UL Power, plus a number of auto conversion engines that can be used on kit-built aircraft. I’m very familiar with Rotax’s 9-series so having one haul me around in RV-12 inspires confidence. 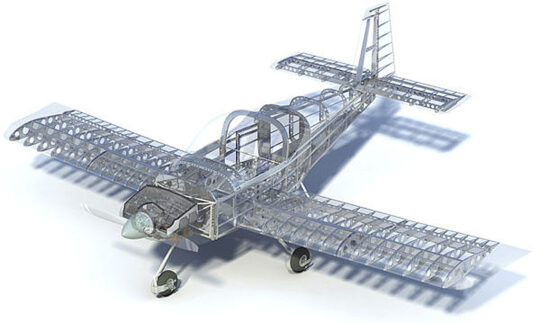 The RV series of several models from Van’s Aircraft use a similar all-metal construction.

Since RV-12’s wings can remove, designers put the fuel in the cabin. I’ve never noticed any fuel smell but you may have 20 gallons of avgas or premium mogas on board and it is directly behind the right seat. In a severe upset, this could be troublesome. On the other hand, RV-12 is one of the easiest landing LSA on the market so any upset is that much less likely.

RV-12 is “Made in America” and factory service is readily available plus thousands of RV owners can probably help or consult on any problems you may have. The RV-12 I flew (above in front of hangar) was a 51%-owner-built aircraft. After purchasing it, Joe hired an RV expert go over it thoroughly, correcting some builder deficiencies. 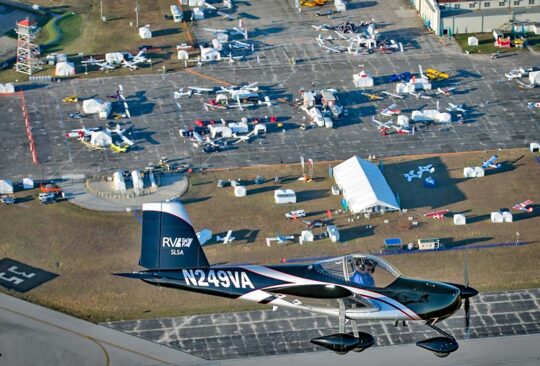 Joe’s RV-12 has a single, large (10-inch) Dynon touch screen plus autopilot with all the usual benefits of those avionics. It was never fitted with an airframe parachute as I’d always prefer.

All these attributes and more (a total of 25 choices) form the basis of PlaneFinder 2.0. That feature — one of the most popular destinations on ByDanJohnson.com — is almost completely made up of this-or-that choices. It couldn’t be much easier to use and many find it kind of fun to see how an answer changes the “Matching Aircraft” list that results.

What PlaneFinder 2.0 truly does is narrow your choices, eliminating aircraft that don’t have the features you want, leaving you with a smaller list of aircraft you can evaluate to find your best airplane. Try it. I’ll bet you like it (free of charge after you register with only your email). 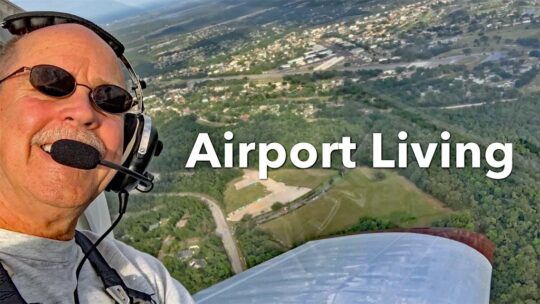 That’s enough about me and what I think of RV-12. Check out these two videos and learn more about Van’s terrific RV-12. Happy flying!

The nearby photo shows me on downwind for runway 6 at Spruce Creek Fly-In airport, a home to some 700 aircraft and hangar homes, 1,600 total homes, and around 4,000 residents.