Long in development to incorporate a raft of distinctive ideas, Vickers Wave took its first flight last month, mere weeks before the launch of Sun ‘n Fun 2022, which kicks off a new flying season. 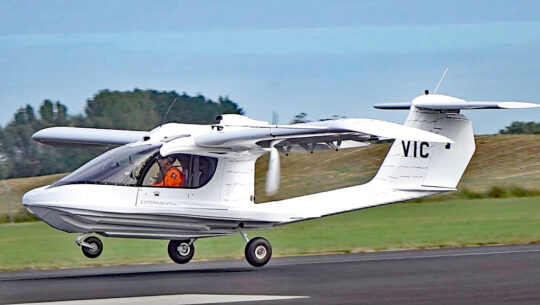 Lead by company namesake, Paul Vickers, Wave has been a work in process for eleven years. All along Paul has been saying he would get it right on the first flight and it looks like he succeeded.

He also said that the methods he followed to get this far would speed production significantly. He means that when this airplane would take its first flight, it would not be some cobbled-together, proof-of-concept aircraft. The Wave that just flew should also go very directly into production without the need for another long round of engineering. Look at the images and the video. This looks like a factory production model, not a crude prototype still rough around the edges.

“It was an incredibly emotional moment for the entire Vickers Aircraft team, a moment more than 11 years in the making,” said Paul after the first flight was concluded. “December 10, 2012, was when I made the decision and began designing the concept, and began turning a dream into reality by spending money. At this point talk became action.” 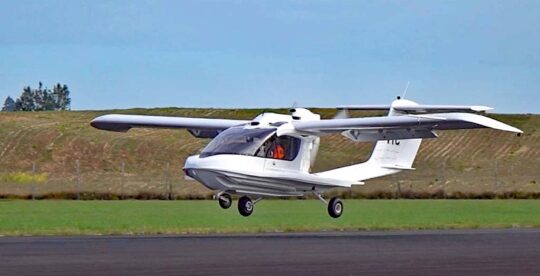 “While much of the aircraft is as it will be in final production, the interior and landing gear are purely functional, allowing us to refine and perfect these areas,” explained Paul. As you see in the list below, Wave promises landing gear unlike any other seaplane. “After a series of further test flights, we will be removing the undercarriage and commencing the much-anticipated water testing,” said Paul. “Once we have completed the water testing, we will be fitting our revolutionary undercarriage.”

As the Vickers team observed and as the video appears to show, Wave flew well as soon as it got airborne for the first time. 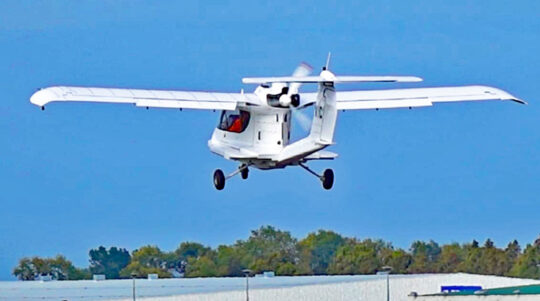 “Seeing how stable Wave was in flight is a true testament to taking the time to get things right,” Paul felt. “Always having ‘safety’ as the key driver for every decision has proven to be an incredibly fundamental corner stone for the Wave project; from who we hire to our suppliers and hardware, safety has led our decisions.”

Along the way, Vickers has looked at different engines but the New Zealand group settled on the Rotax 915iS with its potent push of 141 horsepower. A turbo charger also help assure more thrust for a seaplane; getting off the water quicker is always desirable.

“The Rotax 915iS performed incredibly well,” Paul said. “It was smooth and very responsive, coupled with the MT-34 constant speed propellor that is controlled by the RS Flight Systems SLPC (single lever control).

“Wave performed as expected,” Paul reported. “The first flight was limited to 85 knots, and we will be further stretching her legs in the coming weeks as we approach our 120-knot cruise speed.” 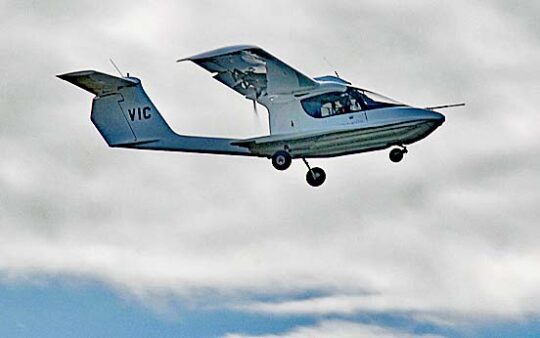 For avionics in the test aircraft as well as in later production aircraft, Vickers had selected Dynon. Other systems will also be offered.

“Dynon stepped up very early in our program and have been an incredible support during the installation and system checks, all of which were seamless,” Paul said. “Dynon Skyview easily integrated into Wave and provided an abundance of information.” 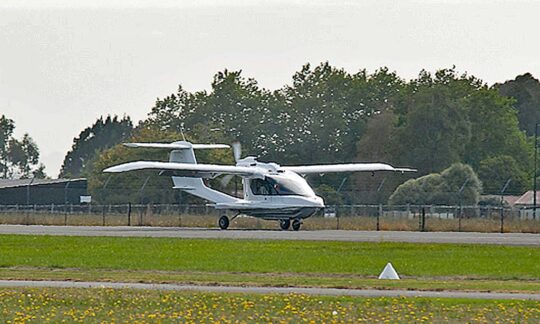 “Of all the light airplanes I have flown, Wave is now and by far my favorite,” said Paco. “Paul and his team have done a spectacular job designing and building Wave. It was an honor and privilege to conduct the first flight. I can’t wait to fly Wave again.”

“The design team are well on the way to firming up the remaining areas to be productionized,” finished Paul, “while the production team is looking at increasing capacity and forward ordering required materials.”

Congratulations to the Vickers team for taking the time to get it right and for completing a successful first flight, a momentous achievement for any clean-sheet design such as Wave.

In 2018, Vickers Aircraft won a weight exemption of up to 1,850 pounds (839 kilograms), 420 pounds more than a standard LSA Seaplane (at 1,430 pounds or 650 kilograms). Vickers was able to get this allowance as their aircraft has special features that contribute to safety. As these enhancements are above and beyond what other LSA have employed, FAA granted the exemption. Some of the design attributes that convinced FAA include: 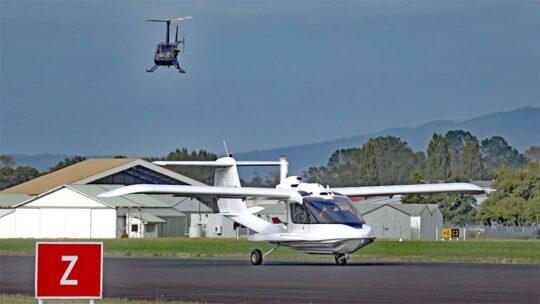 Visitors to Sun ‘n Fun 2022 will not see Wave, but I’ll continue to follow this interesting design and will report its progress to further testing (water trials, for example) and eventually, production.

Next is an earlier interview with Paul Vickers where he describes some of his goals.