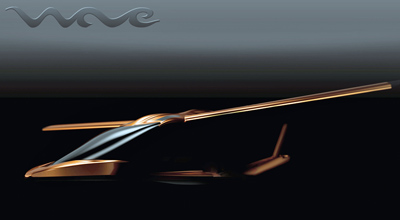 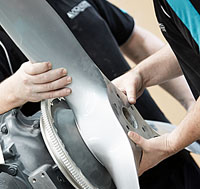 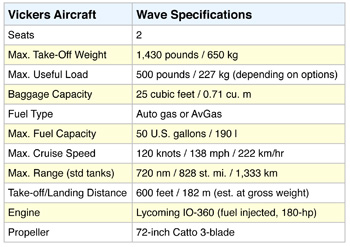 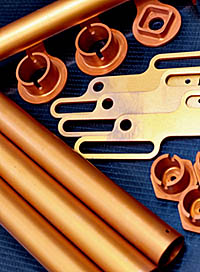 Following our initial unveil of a new amphibian called “Wave” by Vickers Aircraft Company, more details were offered in their programmed slow-motion rollout of a new amphibian LSA candidate. In this update we hear about who will supply the prop and see some of the hardware components. I was informed that response was brisk after the last article suggesting the tempting way facts are released developed a sense of intrigue. One thing not said earlier is that principal Paul Vickers spent years in marine hull design and fabrication, addressing that aspect of engineering competency. As to the aerodynamic side, Paul wrote, “We are confident in achieving our performance figures as we have spent the pat three years producing and studying the hydrodynamics and aerodynamics needed for our particular flight envelope.” Vickers provided performance info to Catto props who developed and delivered a specific propeller to maximize to the airflow produced by Wave’s pusher configuration. “This information coupled with the known performance figures of the Lycoming IO-360 should provide a 120 knot cruise,” indicated Vickers.

Vickers expressed appreciation to Craig Catto at Catto Propellers. “Catto delivered a unique prop (photo) in a short time,” Paul emphasized. “We now have a specially designed propeller with hardened nickel leading edges to protect the prop from the effects of water spray. The three blade prop ensures that 180 horsepower delivered by Lycoming’s engine is transferred into useful thrust.

Some readers wondered about Vickers’ ability to meet LSA weight limit, especially give the use of a powerful and relatively heavy powerplant. “We are pleased that completed assemblies including wings, tailplane, and composite structures have been matching engineering design weights.” The company said it is confident Wave can provide a useful load of 500 pounds. CAD modeling computer simulations and analysis were intensely employed. “Our aircraft is 100% designed on computers; it’s incredible what computers offer modern engineers. One wonders what might have been if the Wright brothers had access to some of the tools we have at our disposal.”

As the first parts were produced, Vickers engineers were pleased how close theoretical weights matched actual part weights. “With more than 80% of the aircraft built, we are well on our way to meeting our design and delivery goals,” Paul observed. Vickers is presently building two aircraft, one for flight tests and regulatory approval and another, the first of several, they say, for delivery perhaps as soon as Oshkosh 2014. The company has been sharing development with regulators for “a speedy approval process.”

Vickers reported that preliminary response to their “peak-a-boo” announcement was surprisingly strong. (Add your name to their list by emailing Paul Vickers.) However, the company said many inquirers asked a similar question, “We heard about the big engine but what about more complete specs?” In other words, how will Wave compare to other LSA amphibians? Addressing this request, Vickers Aircraft offered the nearby chart. “We will be releasing progress production pictures and additional information on a regular basis,” said Paul Vickers. Though it remains in development, interested pilots can bookmark Vickers Aircraft website for regular updates.