Recently, Vessel Co., Ltd., and Flight Design made a joint announcement after debuting their new KLA-100 low-wing, light aircraft at Aero Friedrichshafen 2017. Few expected this from the make of the very popular CT-series most recently including the CTLSi. Through 2016, this has been the most popular Special LSA in America. 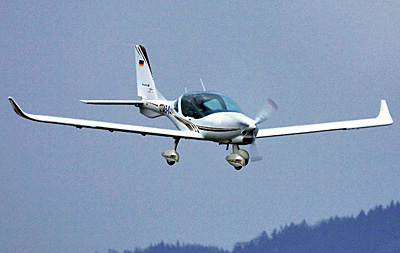 “The first flight was performed in Sumperk, Czech Republic in late March 2017 with test pilot Richard Ponizil at the controls. Since that time the plane has made seven more flights and met all expectations,” said Flight Design COO, Daniel Gunther.

KLA-100 is a brand new design destined to be certified as a Light Sport Aircraft for sale in countries that accept ASTM-compliant aircraft, with plans to meet the European EASA’s CS-LSA regulation. The companies think this will allow access to virtually every major aviation market in the world.

“The program is a collaboration, between Vessel of South Korea and Flight Design,” stated Matthias Betsch, CEO of Flight Design GmbH. “Our engineering staff has worked closely with the Vessel Engineers to develop the KLA-100 and they will work together to certify the plane in Europe and South Korea.” 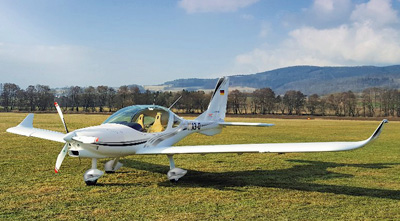 “Vessel CEO was present for the ground testing and first flight of the KLA-100,” said Mr. Kiman Seo, CEO of Vessel Co., Ltd. “Vessel is running a parallel development and flight test program in South Korea to gather as much experience for certification in Korea.”

KLA-100 wing is a modern aeronautical design using Flight Design’s extensive experience at designing and building Light-Sport Aircraft or European microlights. A high aspect ratio wing planform is used to reduce drag and increase climb, a new proprietary airfoil has an improved coefficient of lift and reduced drag through a greater percentage of laminar flow. The Stall-Safe drooped leading edge (see cuff in photos) is designed to keep the airflow attached at the tips, promote post-stall aileron control and resist spins.

Long-span slotted flaps feature another proprietary airfoil developed in South Korea to slow the KLA-100 for low landing speeds and gentle stalls. The companies reported that wide chord ailerons allowed precise control and minimal adverse yaw. The blended winglets round out the wing tips and reduce drag, increase climb and give the KLA-100 a distinctive ramp presence. 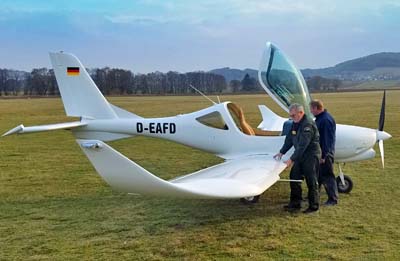