Sometimes a new Light-Sport Aircraft producer bursts on the scene in dramatic ways. Think of Terrafugia and their folding wing flying car or Icon and its sexy A5 LSA seaplane. Others enter from different positions of strength. One of the newest of these is Vashon Aircraft with their Ranger R7 (here’s our earlier reporting on Ranger). 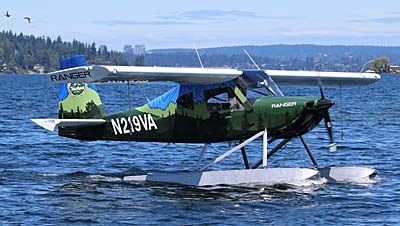 While organized as completely separate companies, Vashon shares common ownership through the name John Torode, the founder of Dynon Avionics. The two businesses work hard to stay separate but it’s clear one success might help the other just as John’s earlier success in the tech industry lead to Dynon being formed.

When you check the Tableau Public tally of market share information — you can select to show only Light-Sport Aircraft, Sport Pilot kit aircraft, or modern gyroplanes, or any combination, but the link defaults to all aircraft. When you look you’ll find Vashon ranking well in 2019 and continuing to up their production game. The company presently has 20 Rangers on the FAA registry.

The success of Ranger R7 begged the answer to some questions submitted to the company by Kent Misegades of Seven Lakes, North Carolina. Kent posed the questions to Ken Krueger, chief engineer of the Ranger R7, to get the following answers. Krueger formed his own company called Sky Designs after leaving Van’s Aircraft. Kent’s questions are shown in colored text.