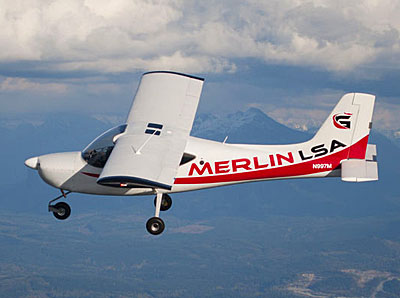 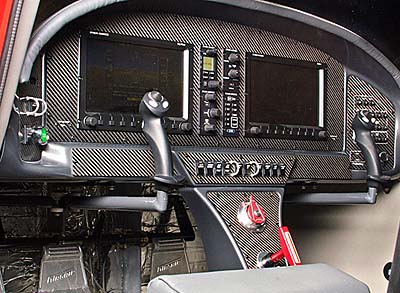 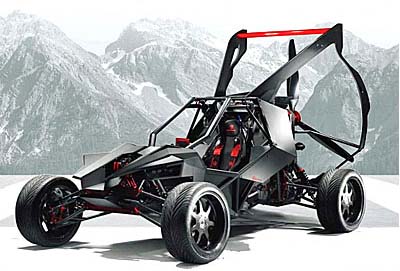 SkyRunner image is courtesy of the company. This does not represent the current version displayed at airshow which is a larger two-seat variety.

Predictions of a great thinning of the herd… of a consolidation of LSA producers to a handful of leaders never came to pass. No wonder, when the new Special LSA acceptances keep piling up.

What I find quite fascinating is that the four newest SLSA were Made-in-American aircraft or seven of the last ten. The Yankees are coming on stronger after the Europeans owned the market for the first few years.

I have new SLSA airplane market share numbers for 2015 thanks to hours of work by my friend and LAMA associate, Jan Fridrich. With Sun ‘n Fun and Aero approaching I have simply been short of time to give such important info the attention it deserves. Yet, as soon as possible…

Meanwhile I am pleased to announce the latest SLSA. Welcome to Glasair’s Merlin LSA that we reported in this video with company president Nigel Mott.

AOPA crack reporter, Al Marsh reported Merlin LSA is priced at $149,950. He noted that that this acceptance by FAA “marks the kitplane company’s first entry into factory-produced aircraft.” He added, “It will not be sold as a kit.” Glasair said Merlin LSA meets the regulation-mandated 45-knot stall speed and claims a 104-knot (120 mph) cruise speed. The company reported the new SLSA has a useful load of 530 pounds. When filled with a full load of 24 gallons of fuel, Merlin will have a payload of 386 pounds.

Over at Flying magazine, Pia Bergqvist wrote, “The FAA sign-off comes less than a year after the Merlin first took flight last April and two years after the program was announced at the Sun ‘n Fun 2014.” She added “Glasair has taken eight deposits to date. The initial production rate is set for 18 airplanes during the first year.” Glasair Aviation is owned by Jilin Hanxing Group in northern China, a mere “155 miles from North Korea” Al Marsh noted.

Please note that Glasair’s Merlin LSA is different from Aeromarine-LSA‘s Merlin PSA. Merlin PSA is a kit-built design at present.

One that everyone in aviation appeared to miss was the SkyRunner Mk. 3.2. That is no wonder, perhaps, as Team SkyRunner has focused their airshow displays on boat shows although they did attend EAA in the Innovation Pavilion last year and the Flying magazine Expo in Palm Springs.

Article Update 4/2/16 — A correction is needed to say that SkyRunner has not received the full blessing of FAA on their Mk 3.2. In most SLSA audits, authorities have a few points in documentation they want revised. Team SkyRunner is making these adjustments; I will report the final acceptance.

While I look forward to flying both these interesting machines that occupy nearly opposite ends of the LSA spectrum, the one that truly captures my attention is SkyRunner, if only because it can drive as well as fly. Based on their videos, it appears to haul butt on a sand dune or other off-road terrain. Indeed, the company has generated interest from the military and other non-traditional customers.

The last time we spoke at length about SkyRunner, boss Stewart Hamel said his company had logged around 150 orders for this gnarly-looking contraption. We also made a video about the cool ride for your viewing enjoyment.

Anyone who says the LSA sector does not remain vibrant and fascinating is either not paying attention or has a bad attitude. As closely as I follow this industry, it seems wonderfully alive and well.

Neither Merlin nor SkyRunner will be available for examination at Sun ‘n Fun next week, but attendees will have plenty to catch their attention (see article below, which is surely not a complete list). I hope to see many readers present, but for those that can’t come, I’ll try to stay up late enough to post news as I find it. Stay tuned!