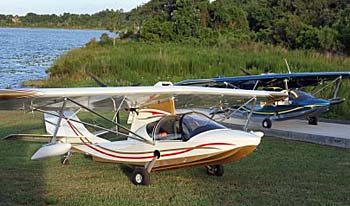 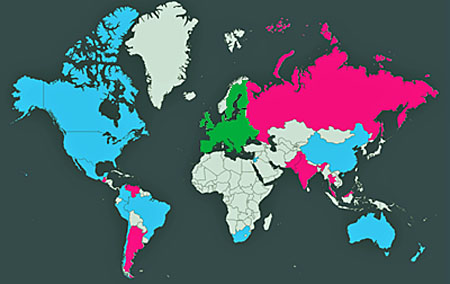 Blue shows countries that have confirmed that they have adopted regulations, used ASTM LSA standards by reference in their airworthiness code, or accepted LSA on the same basis of airworthiness as in the USA; Red shows countries that indicated they are considering adopting the LSA category; Green identifies the European Union that has created CS-LSA (Certification Specifications for LSA) but have not yet fully implemented all rules. image initially prepared by SkyRunner, then modified for the EU 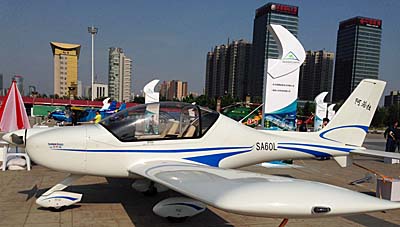 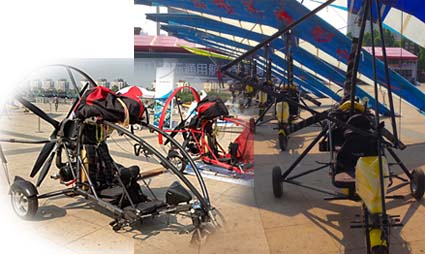 Updated 8/21/15 — This article has been updated with a reader comment seen at the bottom.

When the SP/LSA regulation was announced 11 years ago nearly all registered Light-Sport Aircraft originated in Europe. Indeed, the first two accepted as SLSA were the Evektor SportStar and Flight Design’s CT series. For several early years, Europe accounted for more than two-thirds of all LSA brands in the USA.

However, in a decade, a lot has changed.

Now, American companies have had time to shift from kit making (a very different business model) or have developed brand-new aircraft or offer a revised version of an existing model to meet the ASTM standards so they could gain FAA acceptance.

American companies are also starting to make inroads into other countries that accept ASTM standards.

Some countries simply copy FAA regs while others accept the ASTM standards set and then layer on some of their own regulations. It varies country-by-country though a few appear to largely accept U.S. approval as sufficient for operation in their country. I’ll cover China in more detail below.

Our friends over at SkyRunner compiled a list of countries they found to support Light-Sport Aircraft and ASTM standards. We started with their work and added further information in an attempt to show the full potential of ASTM and LSA, what SkyRunner folks called a “|category [that] is quickly becoming harmonized worldwide.”

Based on the concept initially introduced to Americans in 2004, ASTM-compliant LSA have subsequently been adopted in a number of countries (see map). SkyRunner elaborated, “Information obtained from FAA indicates that [CAAs] in the following countries have confirmed that they have adopted regulations, used ASTM LSA standards by reference in their airworthiness code, or accepted LSA on the same basis of airworthiness as in the USA: Australia, China, Brazil, Colombia, Canada, Israel, Chile, Mexico, New Zealand, Peru, and South Africa.” We might quibble a bit with some of this information, for example, Canada still uses their Advanced Ultralight regulation, but sources do confirm movement in the right direction.

Further expansion is expected, indicated the SkyRunner team. Their research shows CAAs in the following countries have indicated that they are considering adopting the LSA category: Argentina, Guatemala, Venezuela, India, Malaysia, Pakistan, Russia, and Thailand.

Please note that while we believe this to be accurate information, understanding another country’s regulations is not always straightforward and even when fully understood, these things are subject to change.

Some countries appear to be moving faster than others. One that has shown significant effort is China. I recently reported that Searey gained CAAC approval for both their design and the manufacturing process. More on that below.

Meanwhile, a Facebook friend, Jane Zhang of Silk Wings Aviation, reported that additional LSA-types have obtained similar levels of approval in China. She noted, “First one was Flight Design CT back in 2009/2010, then [Cessna’s Skycatcher]162, two German Autogyro, [Germany’s] C42, [Evektor‘s] EV97 … that’s six. Jabiru‘s J230-D is #7 and Searey is #8.” I asked Jane if all had both TDA (Type Design Approval) and Production Certificates (PC), the latter being a much more involved process.

Jane continued to aid my understanding, “I know for sure CT, 162, Autogyro (two models approved) and C42 have gained PC … awarded to [a producer’s] home manufacturing location. A LSA company has to have both TDA and PC granted by CAAC to officially and legally sell in China.”

When I inquired further about how many LSA type aircraft may be operating in China, Jane replied, “CT has an Asia/China dealer. Autogyro and C42 have one common dealer and he is selling well. EV97 … I am not sure. A Chinese designed LSA — by Sunward called Aurora SA60L (photo) — is selling relatively well.” She said she’d have to check for exact numbers but, “I guess around 50-70 ‘legal’ ones in total. At least 10-20 LSA in China do not have CAAC approval (yet).

For those curious about China and the requirements, I followed up with Searey CEO, Adam Yang. First, he noted Progressive Aerodyne had some audit findings, but they were not major points. We are basically in good shape but need to write a report to show compliance.” He said another two months are needed to get the final Production Certificate, however, his company is allowed to register the eleven Searey LSA already sold.

In an interesting twist not unlike how Europe handles certain aircraft, Adam noted “CAAC is not administrating powered parachutes, trikes, powered paragliders, and such aircraft types. “Instead China’s sports administration is handling this,” Adam added.

All this shows the challenges of answering the seemingly simple question, “Where are LSA accepted around the world.” The answer is as complicated as the various government agencies choose to make it and every country handles approval somewhat differently.

Nonetheless, American LSA producers wishing to sell outside the USA have it vastly easier than manufacturers of Type Certificated (Part 23) aircraft. Hence, we see a global LSA market that is far easier for smaller companies to tackle … and that seems a great thing.

Update — Reader Torkell Sætervadet wrote, “Norway is a part of the EASA area (on your map it is white, it should be green), and it is not correct that CS-LSA is not fully implemented in the EU. It is — but it requires an expensive type certificate based on the ASTM specifications (with some modifications). The cost of the type certificate is why EU/EASA only has a selection of three LSA models as of today. The rule may be changed in the future, but don’t hold your breath.”