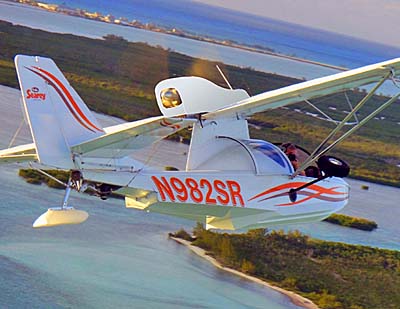 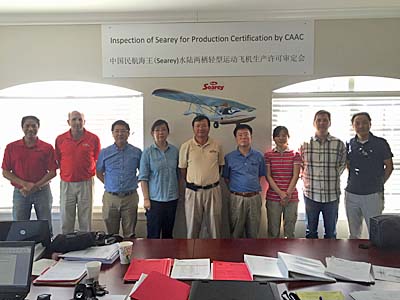 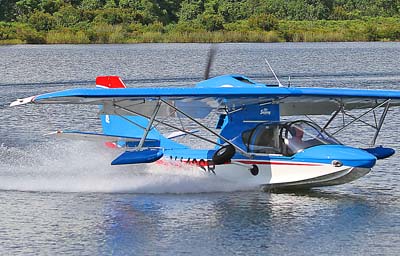 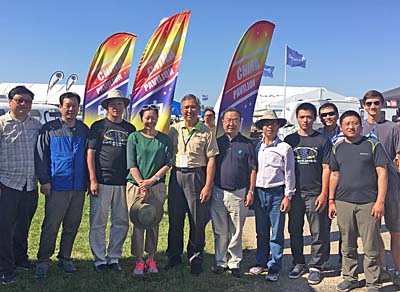 Pictured are the team from Anyang City in central China, lead by Shu Dong Li of Aero Sport Association (3rd from left). Next to him in the green shirt is Anyang’s Vice-Mayor, Zhang Manru.

Icon recently won FAA acceptance as the California company demonstrated meeting ASTM standards for their A5 seaplane and made a big show out of delivering the first airplane to EAA Young Eagles … the same move, by the way, as Cessna did with their Skycatcher. We expect Icon’s future to work out better as they begin to fulfill more than 1,300 orders.

However, another LSA seaplane is demonstrably ahead in the government approval race.

Gaining a foreign country’s approval for a production certificate is no small accomplishment and hearty congratulations are in order. “Type Design Approval [from Chinese CAAC authorities] was much more thorough than FAA,” said Abid. He refers to FAA when the agency examined Progressive Aerodyne‘s compliance with ASTM standards and FAA best practices in an unusually clean and swift acceptance.

“It took one year and multiple meetings to earn the Production Certificate,” noted Abid. He said that this effort involved “two one-week-long, grilling technical meetings conducted in China and another visit from CAAC’s team to the Florida factory where they had us perform selected structural tests and in-flight spin tests, while they observed.”

The Production Certificate was earned partially by submission of documents and their approval followed by a one week visit of four inspectors. “It was similar to FAA’s audit,” said Abid. “They selected processes and spot checked their implementation and general safety conditions in the factory.”

Why go to all this effort for a market that is just emerging, insofar as civilian or recreation flying goes?

Progressive Aerodyne has been at work on this market penetration for many months. As reported earlier, the company opened an office in the country and hired a sales representative.

“Searey already has 12 orders from China and 28 more in pipeline,” reported Abid on behalf of Progressive Aerodyne. All of them will be factory assembled here in Florida, flight tested, and then shipped. In China, after some reassembly, they will conduct a final test flight before it is legal to sell to an end user.

However, Abid stated, “Searey will now definitely be a legal aircraft to fly in China.” To my knowledge, this is the first American company to go through the entire process to allow sales in China.

Consultants from SilverLight Aviation completely led and worked on and defended the Type Design Approval process and guided the Production Certificate process which was originally set up under contract by SilverLight.

As I wrote a couple months ago following my first-ever visit to China, this country has some distance to go before an aviation culture will develop. However, the nation has moved swiftly to modernize, achieving in the last three decades such stunning progress that human history has no parallel. On my visit I heard of plans and a deep determination to take earlier successes with automobile factories and tech-product plants and repeat this fast pace with airports.

They will need to as the area I visited had only a single airport … today. I would expect fast progress toward airport building and a continued opening of airspace to civilian use and when that begins to happen, airframe producers may enjoy surprising growth. As such, Progressive Aerodyne appears especially well positioned to profit from this newest focus of Chinese authorities.

As further proof of their attention to airport infrastructure building, a team from Anyang City where I visited attended AirVenture 2015. With cities leading the charge in much of such development, it was great to again greet these Chinese contacts in Wisconsin (photo), lead by Shu Dong Li of the Aero Sports Association. I will continue following progress in China.