What’s new at Sun ‘n Fun 2019? Again, as I’ve observed for previous airshows, it appears impossible for all exhibitors to be ready by gates-open tomorrow, Tuesday April 2nd, 2019.

As usual, it will somehow, magically come together and most attendees will be none the wiser. Early arrivers know the truth of which I speak.

I have knowledge ahead of the fact and I promised not to leak the announcements. Sun ‘n Fun visitors can check out these new machines for themselves. I am aware of two new aircraft and they could hardly be more different. 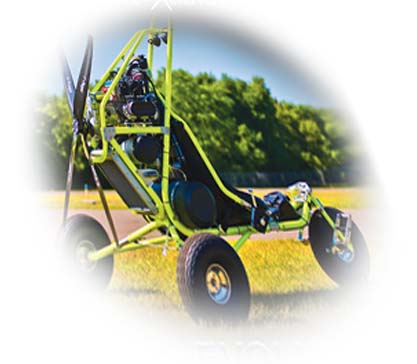 In this paparazzi glimpse, you can kinda, sorta tell this is an Evolution trike, but what the heck is it?!

One is a new weight shift trike from the most deluxe maker of such rigs, Evolution Trikes. This Tampa Bay-area, Florida company based at Zephyr Hills airport has been a fountain of development since its start. How long has that been? Ten years as it turns out, and to celebrate, they’re bringing their latest.

Way back when, I wrote this full-length pilot report about Larry Mednick‘s first offering at Sun ‘n Fun 2011, only a couple years after their original model was conceived. In my article I was exceptionally pleased with the trike’s development. I wasn’t the only one. Judges awarded Revo the Grand Champion Light Sport Aircraft at the 2011 Sun ‘n Fun airshow.

Since that colorful splash, the company has introduced their Rev (single place Part 103-capable), Revolt (two place ruggedized model) and now coming is RevX. The lone, fuzzy, distorted image that appears to have been captured by a plane paparazzi may give Evolution fans the smallest of hints (and others almost nothing) so you’ll have to come to Sun ‘n Fun to see for yourself. Of course, I’ll report more fully here.

The other fresh entry at Sun ‘n Fun 2019 is one almost no Americans have seen and not to many Europeans. I saw it at Aero as did a few other Yanks, but to 99% of interested aviators, here’s one out of the blue sky yonder. 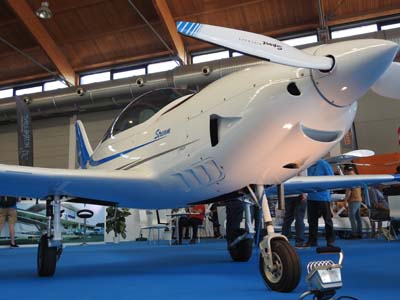 Sting has been their lead example through four iterations of the sleek low wing design: Sting-S2-S3-S4. Years ago Sting was offered with retractable gear but then came Light-Sport Aircraft rules so fixed gear became the norm. Later came the similarly built but high wing, yoke-controlled Sirius. Now, Stream…

TL Ultralight has been active in the LSA world for many years and was first represented by SportairUSA. At Sun ‘n Fun 2019 three very different models of Czech Republic manufacturer, TL Ultralight are on display near (and in) the LSA Mall. A big difference: the large TL display was mounted by newer representative, TL Aircraft USA, run by Michal Margolien. 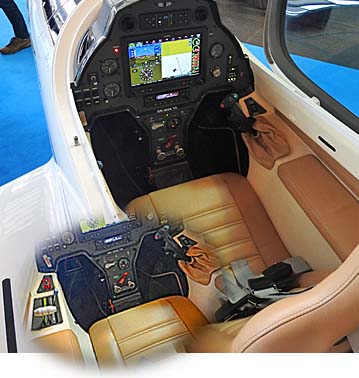 The U.S. based company, with roots in the origin country of Czech Republic, is displaying a Sting, a turbo Sting, the company’s high wing Sirius, and Stream. The example was built as it must be for the American market as an Experimental Amateur Built model. A husband and wife team just return from a month in Czech Republic where they fulfilled all requirements for FAA approval. It is their airplane on display.

Come see the new Evolution, the new Stream and who knows what else at Sun ‘n Fun 2019!

You can visit a whole flock of Light-Sport Aircraft, Sport Pilot kits, and the engines that power them in the LAMA LSA Mall. Catch the free Rotax XPress and see for yourself.