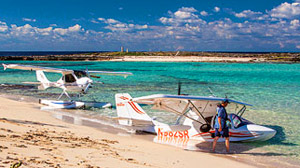 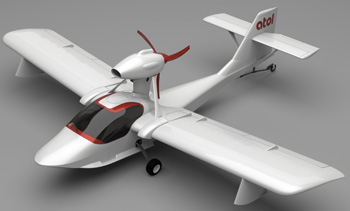 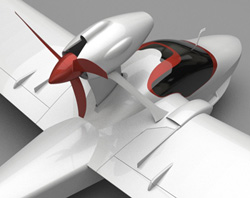 “Isn’t it just a niche market?,” asked a reader in a recent email. The query came after he read about a flurry of new seaplanes and the writer wondered if it could be worth all the investment pouring in to these projects. Development progress in this particular sector-within-a-sector (LSA seaplanes) seems to be far outdistancing development in other parts of the aviation world. So, are efforts to develop increasingly sophisticated LSA seaplanes economically justifiable? It’s a worthy question. Another answer: “Well, why not?” An amphibious LSA seaplane can land on water or land, could fly as fast or nearly as fast as a land plane. They can look cleaner with gear that disappears. They already have another 110 pounds to work with (though admittedly much of that is needed simply to achieve an amphib seaplane and even that is not enough for all manufacturers). If you want an LSA, why not one that’s more versatile?

Whether the question is properly answered or not, it appears nothing will slow the development. I reported quite a flock of LSA seaplanes several weeks back. I’ve seen even more at Aero 2013. I’m also aware of new designs that I’ve agreed not to discuss. Among this furry of development are some extremely handsome, highly developed aircraft that may challenge even the most innovative land planes we see in the Light-Sport Aircraft sector. With this post I am showing an entirely new version of a seaplane that has been around for two decades, the Atol from Atol Aviation. “Our first flight will be in just few weeks and timewise we are not able to come [to AirVenture Oshkosh] this year,” wrote Anssi Rekula. You may note the images accompanying this article are not of an actual aircraft. Anssi added, “At the moment the plane is in the paint shop and therefore [I cannot supply] fresh pictures from a real plane.” If you want to follow this particular project, here’s the project link.

Of course, a primary downside of seaplanes is that they cost more than a similarly built land plane. They have more parts, need additional engineering skills (designing a boat hull represents another discipline beside aerodynamic engineering). They nearly always weigh more so they’ll likely use more fuel. Some very beautiful land LSA — I think now of examples like Arion’s sleek LS-1, but many others are available — that cost only 60-70% of a seaplane. Plus, a big consideration … the newest seaplane designs have yet to prove themselves, as aircraft and in the marketplace. Many otherwise worthy aircraft designs simply never caught on with the majority of buyers and faded from view.

Among the seaplanes in development that you probably haven’t heard much about is one from Texas. The Dallas Business Journal recently wrote, “John Brown, CEO of Independent Aircraft, has been chasing the dream of creating an amphibious airplane for nine years.” And see if the following line has a familiar ring to it. “After relocating Independent Aircraft to Denton in 2010, [Brown] said he’s now a year away from having a fully functional aircraft that he calls the Sea Dragon Gen 2,” wrote staff writer Nicholas Sakelaris. Nine years and still a year away. Amphib LSA seaplanes aren’t simple creations but that sounds like a long time in engineering … yet it isn’t the only one with years of work behind it.

Whatever the challenges, I am certain we’ll see new entries including some that I’ve examined in confidentiality that are highly innovative. Along with already promoted designs like Icon’s A5 and Lisa Akoya and current success stories like Progressive Aerodyne’s SeaRey (the most recent Special LSA) and SeaMax, the flying boat sub-sector is rich with choices for consumers. As with LSA land planes, not all the news LSA seaplanes will be embraced by the market, but choice is always good and creative engineering solutions are fun to contemplate.