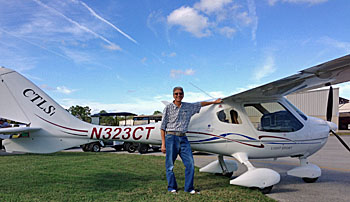 My friend John Lehotsky enjoyed a flight in a superbly equipped CTLSi with a full digital panel. 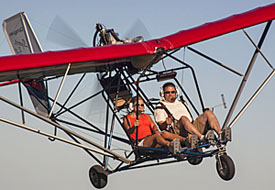 Quicksilver’s Sport 2S is an easy-to-fly, easy-to-afford aircraft enjoyed by many airline pilots. 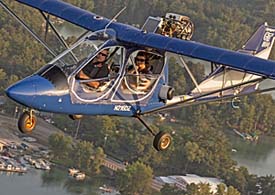 Airline pilot Jon Thornburg provides primary flight instruction in a GT 500 much like this one. 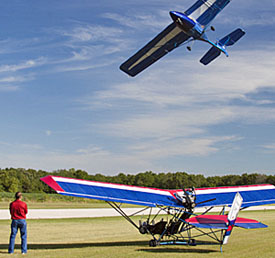 Jon relates the joy of simple flying, such as in the products of Quicksilver Aeronautics. all Quicksilver photos by James Lawrence

I recently flew with a friend who has some interest in learning to fly. After we got out of a Flight Design CTLSi equipped with dual Dynon 10-inch SkyView screens flanking a Garmin 796 — in all, an awesome amount of beautifully presented information — my friend sighed and made a statement that he could probably never do what I’d just done. We’d gone aloft and I pointed out to him the marvels of synthetic vision, ADS-B traffic and weather, direct-to navigation that would take us straight home and so much more. No wonder he felt completely overwhelmed. I didn’t see it as overwhelming, of course. I delighted in all that easily accessed info and loved showing my friend just a few of the features available. However, on later reflection, I remembered the serious study that even an experienced pilot like myself had put into learning those magnificent digital instruments.

Would my friend have been better served by experiencing aviation and the magical view from aloft had we flown, for example, an unassuming Quicksilver 2S? Would flying a “mere ultralight” have made flying seem more achievable and accessible? My friend has flown with an instructor in a hang glider so he would not be put off by the huge openness of the Quicksilver. He certainly would not have been intimidated by highly sophisticated instrumentation (it needs hardly any beyond a couple engine gauges). The landscape would have drifted underneath at what I call “human speed,” a more leisurely pace that anyone can absorb. Cruising at 50 mph covers ground in a way that lets you take in the majesty of your surroundings in this lovely country of ours. I think it much more likely he would have thought, “Hey, I can do this!” He could also afford it much more comfortably than a $150,000 LSA that has every bell and whistle installed. A new Quicksilver can be created for $30,000.

Recently, some communication brought another interesting perspective. The following words were written by a west coast friend, Jon Thornburgh … a former military flight jock and Delta Air Lines pilot who has every rating in the books plus the credential to teach in pretty much anything that flies. Jon writes concisely and precisely, I think, and I believe you should read his view, remembering that he’s flown the “big iron.” Jon operates a Quicksilver GT500 “ultralight” and provides primary flight instruction in it.

Jon wrote, “Even with my aviation experience, I learned a lot about flying when I got into ultralight flying. • I learned that an airplane will fly even if you don’t have a single instrument on it. Wow! You can even fly without an airspeed indicator and altimeter. That would be heresy for a Cessna pilot to even consider. • I learned you can land on a farmer’s field that doesn’t have a two thousand foot paved strip complete with runway markings, windsock, and air traffic controller giving instructions. • I learned that you can bring your own tools when you fly and do some maintenance that will get you back home. • I learned that you can fly within FAA rules that contain only two pages (FAR 103) and not the 150 pages that a private pilot has to learn. Amazing enough, you can even fly safely without taking an FAA ‘Knowledge Test.’

“I learned that someone can learn to fly without an FAA flight test, without a specific number of flight training hours, without training ‘under the hood’ for instrument flying, and without flying at night. • I learned that you can land within 25 feet of a designated spot when the engine is at idle (for practice) or when the engine quits for real. I learned that you can do a 180-degree turn and land downwind back on the runway should the engine quit at 400 feet after takeoff. • I learned that an ultralight pilot can teach another person how to fly without a commercial-instrument-CFI rating. • Most importantly of all, I re-learned that flying is fun and not a task, with no firm requirement to fly + or – 10 knots, + or – 5 degrees, and + or – 100 feet throughout your flight, like you have to do on an FAA flight test.

“So,” Jon concluded, “ultralighting is not the bottom of aviation. In my opinion, it’s the top and the best.” Thanks, Jon! I’ve got to get my friend John up in an “ultralight” real soon. I’m betting the smile he had after the CTLSi flight can broaden even further.