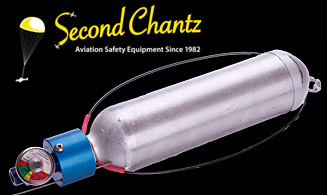 Cool Gas! — The world’s only producer of non-pyrotechnic rocket motors for airframe parachute systems has returned. 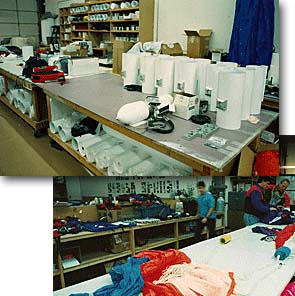 Welcome back Second Chantz, taking its own advice for a second chance. 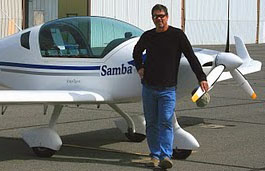 One of the original experts on airframe parachutes, John Dunham said he’s happy to be back in the business he knows well.

On ultralight aircraft, the installation of an airframe parachute was estimated at a third to half of all aircraft. In general aviation, the use of such a system on the Cirrus Design line of aircraft created thousands of airframe parachute owners. In Light-Sport, three producers — BRS, Magnum (Stratos 07), and Galaxy — have installed airframe parachutes on a solid percentage of SLSA. Sounds like it’s all taken care of, right? Wrong! *** The trouble with existing producers is that little or no new development work is being done for Part 103 ultralights, powered parachutes, or trikes. Likewise many kit-built aircraft have no supplier willing to customize an airframe parachute for their (possibly one-off) airplane. Now, that’s changing. *** An old friend, John Dunham, once ran Second Chantz, the other airframe parachute company in the USA (besides BRS). In the mid-’90s, he made a deal with BRS and left the business. Now, 15 years later… he’s back! I announced this in an earlier post, and in the meantime, John has worked on reviving his former business. While BRS does fine at supplying larger producers, that company’s diversification into other product lines has left small producers or kit builders with no where to turn if they wanted an airframe parachute. *** Second Chantz has their website up and running now and a quick visit shows they have products for lighter aircraft now and for somewhat larger aircraft in planning. Plus the prices are great, much lower than what producers pay for systems installed on Light-Sport models (though admittedly, those systems are larger and ASTM certified, and therefore costlier). *** Second Chantz is also reviving their work on a non-pyrotechnic rocket. Their compressed nitrogen system has more potential than ever, said John, because technology has improved since he left the business 15 years ago. *** But some of the best news is that Dunham is willing to service units left abandoned by the bigger producers. So, if you have a Second Chantz system, or certain older BRS systems, or if you just want a parachute for your light aircraft, contact John and see what he can do for you. Doing so could save your life one day!