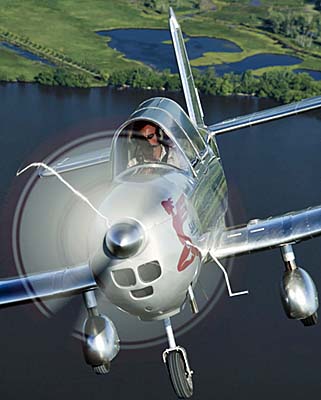 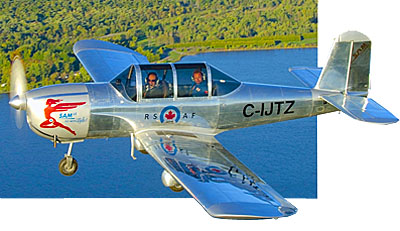 You can read my pilot report after flying the Sam LS with developer Thierry Zibi.

Zenith and Zenair are closely-linked enterprises with different leaders in different countries. In recent years, the three Heintz brothers took different responsibilities for the business founded by dad, Chris Heintz. An aeronautical engineer, Chris founded Zenair Ltd., in Canada in 1974 and parleyed his design pedigree into a flock of airplanes that have sold by the thousand all over the world. Today, Matt, Sebastien, and Michael run the multifaceted firm.

Through 2015, the combined effort of Zenith and Zenair sought to produce light plane models called 750 STOL, 750 Cruzer, and 650B Zodiac plus four seat kits called CH 801/8000, a sport-utility plane, and the four-seat CH 640 plus a type-certified four seater called CH 2000.

That fleet recently got a bit larger when Zenith / Zenair bought the assets from the Canadian developer of Sam LS.

“Sam Aircraft assets have been acquired by the … owners and operators of Zenith Aircraft Company (U.S.) and Zenair Ltd. (Canada),” Matt and Sebastien Heintz announced on January 18, 2016. Founded in 2009 by Thierry Zibi in Quebec, Canada, Sam Aircraft’s LS model was developed as a Light-Sport Aircraft.

A low-wing all-metal tandem two-seater, the Sam Aircraft design sets itself apart with a rare balance of retro styling and modern engineering. Thierry was inspired by legendary trainers of the Golden Age of Aviation but he wanted to offer pilot comfort, modern technology, and dependable flight characteristics that present-day pilots seek.

“Several variants of the design are being developed for different load configurations and performance characteristics,” said the new owners. They referenced variations that feature different wing sections with various spans; both tricycle and tailwheel landing gear; and fully enclosed or open cockpit canopy choices.

As they absorb the new model into their fleet of Chris Heintz original designs the brothers have been researching market viability for the different design configurations. The possibilities include the LSA version at 1,320 pounds gross weight, or Amateur-Built Experimental at 1,440 pounds gross weight. These will use a wing span of 28.5 feet, and the company believes the Sam flying prototype meets the LSA definition.

Kit variations can have different parameters. For example, Amateur-Built Experimentals can operate at 1,800 pounds with the option to install heavier engines such as the Lycoming 0-320 at 160 horsepower or modern auto conversions. Wing span for these models is 32 feet.

Finally, a amateur-built Sport Aerobatic Configuration would have a wing span of 25.25 feet and carry two people at 1,440 pounds for limited aerobatics or one person at 1,200 pounds for full G-load aerobatics as per FAR 23.

“Zenair engineers are currently performing a thorough review of the Sam Aircraft design,” said Matt Heintz of Zenair. “The advanced engineering [Thierry] used in developing the Sam is impressive, including extensive use of 3D modeling. With us bringing this aircraft to market, the new Sam Aircraft design will benefit from our 40 years of experience manufacturing aircraft kits.”

To help the companies focus on the most popular features for the new Sam Aircraft models, Zenith Aircraft has created a short survey and is inviting all interested parties to complete the online survey.

Sam in all its variations appear to fit the Zenith / Zenair enterprises well. Like the companies’ existing Heintz designs Sam Aircraft models are constructed primarily of 6061-T6 aluminum assembled with blind rivets, making them easy and quick to build as well as durable and affordable.

“The design, construction and assembly of the SAM Aircraft series will integrate well into Zenith Aircraft’s current production, which already relies heavily on CNC parts production, said Sebastien Heintz, president of Zenith Aircraft Company in Missouri. Based on survey results, SAM Aircraft may be offered as complete kits, quick-build kits, and/or as fully factory-assembled aircraft.