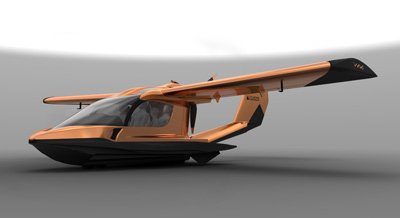 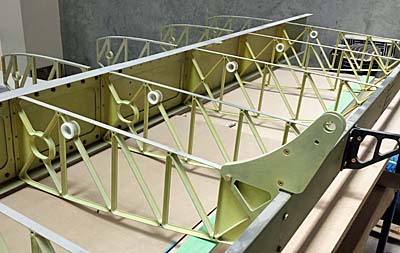 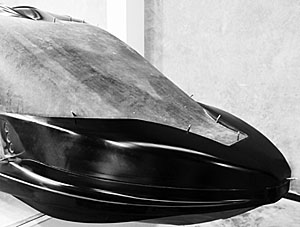 Windscreen template being test fitted, prior to trimming the first screens. 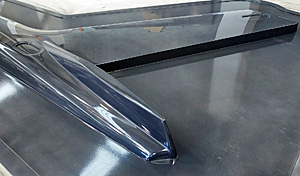 As I’ve written a few times, I see a dichotomy in LSA designs. Landplanes appear to have entered a “mature” phase, where changes are incremental, evolutionary rather than revolutionary, if you will. I see nothing wrong with that. To the contrary, it speaks to an industry that knows where it is going and how to achieve design goals. Electric propulsion is still stirring things considerably (witness several recent articles here and elsewhere) but electric motors can work on landplanes or seaplanes.

To my view, it appears the lead in the most innovative design is being done in LSA seaplanes. Perhaps this was triggered by Icon and their A5. The California entry is handsome and well enough marketed to collect many orders. While finally coming to market A5 has been a decade in preparation. This left the door open for more highly innovative entries

Meanwhile existing designs such as Searey and Super Petrel have been much refined and have demonstrated meeting ASTM standards with Searey also achieving Chinese Type Design Approval. Another innovative design, called MVP, looks mighty intriguing but is still some years away from reaching the market.

However, rather quietly and thousands of miles away from California, Vickers Aircraft has been steadily working on their Wave. “Earlier this year we secured substantial investment,” reported boss Paul Vickers. “We worked hard over the prior twelve months to seek suitable investors from the USA and we found what we needed.” I can imagine that the rather dramatic and fresh design of Wave helped inspire investors to open the checkbook.

Thanks to a major injection of capital the pace has quickened as you can see in the development photos accompanying this article. “We are building a ‘conforming prototype’ that is production ready, meaning that no redesign work or retooling is required to enter production, said Paul. “Once we have completed the current build we will begin working on the first customer delivery, components and parts for which have already been made. The first customer delivery is scheduled for mid-2016.”

“We are manufacturing all components, both alloy and carbon fiber in house,” Paul noted. “This ensures complete accuracy both dimensionally and with regards to weight. We are very pleased that our design weights match actual part weights. We have opted to use prepreg carbon fiber as is generally used on supercars and Formula One race cars so that we can assure the desired repeatability during production.” Many steps have been taken during the design process with an eye to serial production.

Vickers reports completing sufficient work at this point to see their fit to the marketplace. “We expect our price will be competitive due largely to keeping the unique part count to around 400, considerably less than that mentioned by other aircraft companies,” Paul explained. “This coupled with a realistic investment in Vickers to-date appealed to our new American investors as it offers a stable and sustainable platform moving forward.”

“We are very excited to bring this aircraft to market and we are getting closer to that reality every day,” said Paul. “We are looking forward to unveiling some truly exciting innovations that will make the Wave stand alone.”

One major difference in Wave from all the others is the planned use of a 180 horsepower engine that he calculates will produce a 120-knot cruise. At such speeds, Wave would be the fastest of the breed.

Pry as I might, Paul would not divulge all his secrets. Yet he did agree to share some very interesting design features if I agreed not to write about them yet, and in so saying, he further piqued my interest. This is one reason why I see LSA seaplanes as the point of the spear, design-wise.

Vickers has lined up a number of what they call “strategic partners.” For example, emergency airframe maker BRS has entered into a new developmental partnership with Vickers Aircraft.

“The truly innovative and well thought out design of the amphibious Wave aircraft, when coupled with BRS’ long standing leadership role in aircraft recovery parachutes, creates an aircraft that may well set a new standard in performance, fun, and of course, safety,” stated Boris Popov (video), founder and senior vice president of sales at BRS Aerospace. “BRS is honored to have been selected by Vickers for integration into this new aircraft design.”

“Stand alone styling that is both smooth and strong, incredible innovations, intuitive systems wrapped in functionality for a price that will stun…” expressed Vickers CEO Paul Vickers. “That is the Wave.”

I look forward to inform you further as more details and images leak out of Vickers Aircraft.