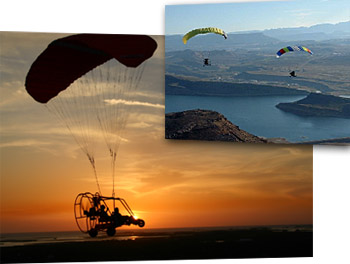 One of the best views in aviation is from a powered parachute. You fly leisurely (about 35 mph) and can see everything. Photos courtesy SkyTrails LSA 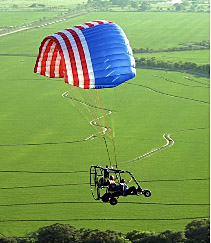 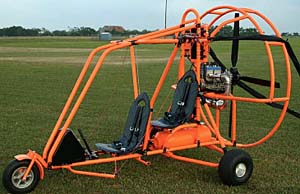 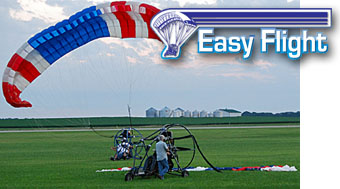 Another one managed to slip by my radar. I follow LSA closer than most yet I can barely keep track of all the approvals. No wonder I frequently get calls asking me to unravel the puzzle of LSA makes and models. *** Better late than never, welcome the Predator powered parachute to our SLSA List of 108 models from 72 still-active companies (at least five have left the business). Scott Hughes is the original designer & creator of the Predator. *** New CEO Fredrick Scheffel wrote, “On April 22, 2009, SkyTrails LSA (Predator Powered Parachute LLC) purchased the rights to manufacture the Predator along with the tooling & inventory from Hughes Aero.” SkyTrails LSA moved into the hangar facilities where Hughes Aero had been building the Predator for the past four years. Scheffel further noted, “SkyTrails Ranch, Inc., is a long standing name in powered parachute training, sales, and service that [has now] expanded into powered parachute manufacturing.” *** National powered parachute expert, Roy Beisswenger confirmed the Predator as a Special LSA, “SkyTrails LSA is manufacturing ELSA & SLSA aircraft at the airport in Wharton, Texas.” *** Learning to fly a powered parachute can be challenging. Weather needs to be nearly perfect. Some folks have been discouraged, especially if they travel a long ways only to be frustrated by Mother Nature. Easy Flight has the answer: Immersion Training. The Greenville, Illinois company announced June, August, and October sessions of its concentrated 12-Day Sport Pilot training camp. Beisswenger created the multi-day sport pilot training course in 2007. The key has been bringing in certificated flight instructors to provide a one-to-one student-to-flight instructor ratio. And a modular lesson plan allows flexibility in the daily schedule. “That means when it’s time to fly, everybody flies,” explained Roy! Everything needed to become a sport pilot in 12 days is provided including accommodations at a local motel, all part of a package deal. To learn more, call 618-664-9706, or email Roy.