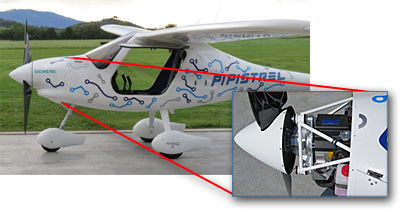 Electric airplanes continue to catch the headlines… but don’t impact the market much (yet). That may be changing.

You rarely see advertising for Pipistrel, the Eastern European builder of several very sleek Light-Sport Aircraft. The company feels they generate interesting-enough news that media organizations will cover their accomplishments. As this and other articles prove, perhaps they’re right although most publications depend on advertiser support to allow them to provide coverage.

An example of how Pipistrel seduces the aviation press is with an announcement proclaiming their partnership with ride-sharing giant, Uber …specifically about that tech company’s aerial ambitions. At the recent Uber Elevate Summit in Dallas, Texas, “Uber signed a partnership with Pipistrel aircraft producer for large-scale deployment of electric vertical take-off and landing vehicles (VTOLs).” Pipistrel said initial vehicles [will] be used in a flight demonstration by 2020.

“Pipistrel is the only company in the world that builds and sells electric aircraft today … they are a valued partner in making Uber’s VTOL network a reality,” said Mark Moore, Director of Engineering for Aviation. He’s wrong about Pipistrel being the “only company” working on such developments but the impact of his quote is nonetheless impressive.

On another front closer to home, Pipistrel announced working with academic and engineering partners for a “prototype of the first electric charging station for airplanes.” 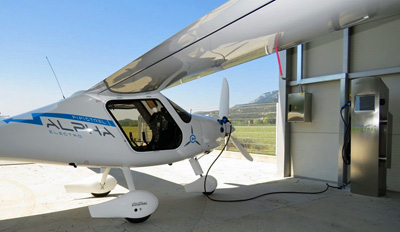 “The goal of the project was the production and installation of a (public) charging station for electric airplanes, because the need for a stationary type of charging has been shown,” wrote the company.

On August 30th, 2017 the electric charging station was officially turned on at the Pipistrel company and was used to charge one of their Alpha Electro aircraft. The project was “financed by the Ministry of Education, Science and Sport and the European Union from the European Social Fund.” 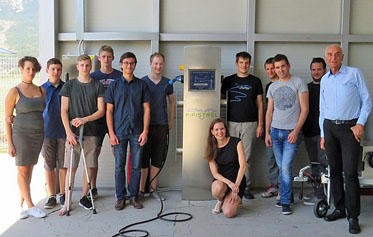 In Pipistrel’s 25 years, the Slovenian company has produced 600 aircraft of the Sinus-Virus family (the ones most familiar to Americans) plus 120 aircraft of the Taurus-Apis family (motorgliders and gliders). Together with approximately 500 weight shift trikes — the aircraft that started this company back in Soviet times — Pipistrel has manufacturered about 1,300 aircraft. Update 9/18/17: According to Pipistrel’s Australian dealer, Michael Coates, the numbers on the company website are dated and the aircraft produced total is now 1,260 units. Adding the 500 trikes, their total shipments some 1,750 aircraft.

A few producers have delivered even more in the LSA or LSA-like space, but not many. Italy’s Tecnam is the clear leader, well ahead of all others, followed by German builders such as Flight Design, Icarus Comco, and gyroplane builder, AutoGyro. Honorable mentions are deserved for other players in fully-built aircraft: The Airplane Factory and Jabiru. Big as Cessna and Piper may be in GA aircraft, their success in LSA sales is far smaller than the others mentioned. Based on deposits, Icon may be a future volume leader but their ramp-up is still in process.

We are unable to factor in kits from producers like Americans such as Sonex, Van’s, Rans, or Zenith as they are difficult to accurately count, given widely varying names for each (a homebuilt has the builder’s name as its manufacturer, for example). FAA N-number registration data entry clerks can be excused for not knowing each of these many variations.

With similar regrets and for the same reason, we do not include figures for weight shift trikes, powered parachutes, powered paragliders, or gyroplanes but these add measurably to the total LSA or LSA-like aircraft flying all over the globe.

Will electric aircraft producers change this ranking order? Only time will tell. Meanwhile you can follow our market share data at this link.