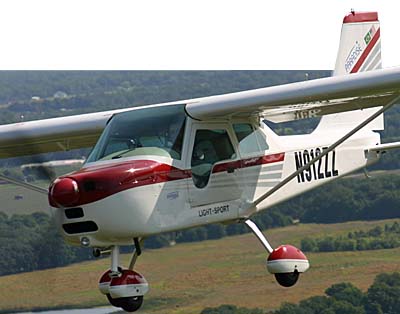 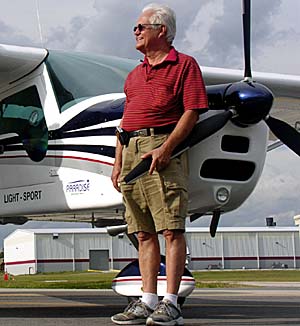 Designer and company director, Noe Oliveira stands by one of his popular P1 models at Sebring airport. 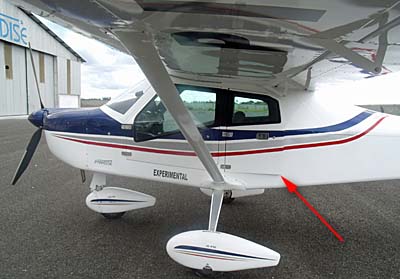 Back a decade, soon to mark eleven years of operation the Sebring U.S. Sport Aviation Expo had a goal of putting the KSEF airport on the map. Doing so should attract business activity. Expo focused on the new segment of aviation — Light-Sport Aircraft — although it also included ultralights, lighter kit-built aircraft, and on occasion, conventional GA airplanes. It appears that 2014 is the year that goal was met. Sebring now claims longtime light airplane resident Lockwood Aircraft, added Tecnam of Italy in the spring with a major new facility, and in November garnered Paradise Aircraft of Brazil. The south of the equator company announced it had leased a 5,000 square foot hangar to launch their U.S. manufacturing and distribution operations. In a visit earlier this fall, Noe Oliveira told me that he was taking steps to build aircraft in Sebring for sale in the USA but also for export to other countries. Assisted by an interpreter, he explained that shipping from the USA is easier logistically so they will serve the globe from their Florida facility, aided by existence of a Sebring Free Trade Zone that reduces government fees. The program will start with shipping a few already completed aircraft for reassembly and delivery, followed by partial manufacturing, and culminating in full manufacturing in America. I know of another Brazilian LSA company consider something similar and Brazilian jet maker Embraer has recently set up shop at the Melbourne, Florida airport … so Paradise may be on to something with their recently announced move.

In the beginning days of Light-Sport, in 2005, Paradise Aircraft had a distributor based at Sebring. A local newspaper article reported, “It didn’t work out,” according to Sebring Executive Director, Mike Willingham. “The economy did all those terrible things.” Willingham continued, “[Paradise was] looking for a location, but they didn’t seem to be able to work out anything anywhere but here.” The U.S. operation will move into the hangar on December 1, 2014. “One supervisor will train the workforce, which will be hired here,” Willingham said. “Initially, about five to ten people [will be employed].” After Paradise starts building additional models, the workforce will grow, explained Willingham. “Who knows,” he asked? “The sky is the limit.” Bert Motoyama will be Director of Operations at the new facility and confirmed the earlier plans, “The main focus is to manufacture right here in Sebring, using U.S. sourced parts as much as possible. Eventually, all P1-NG production will take place at Sebring for distribution around the world.” Counting Paradise, Willingham said Sebring is nearly full. “We’re almost to that point now,” he noted. “We started the year with 200,000 square feet of available space. Today, it’s almost zero.” It appears the airport’s ten-year-old plan is working.

At the upcoming Sebring Expo, Paradise plan to feature their new P1-NG, a next generation Special Light-Sport aircraft with a new full-size cargo door (photo, arrow) and additional streamlining to allow faster cruise speeds. Bert said, “The main focus is to manufacture right here in Sebring using U.S. sourced parts as much as possible. Eventually, all P1-NG production will take place at Sebring for distribution around the world.” Paradise Aero Industry was formed by Noe Oliveira in 2001 quartered in Bahia, Brazil. His Paradise P1 debuted in 1999 and today the company builds several models including P1-NG, P2, P2S, P4, and Eagle. FAA and other government agencies accept Paradise aircraft as SLSA. For more information about the fleet of Paradise aircraft visit the company website. The Sebring Expo runs January 14-17, 2015. Planning is already ramping up quickly so make your plans to attend soon. A fresh year of recreational flying awaits you.