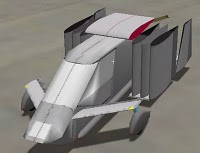 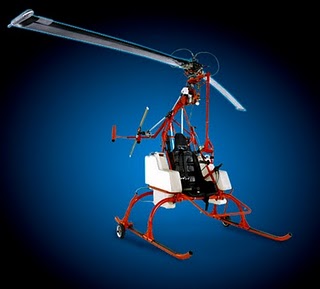 Oshkosh has been deluged with a record downpour the last few days, which complicated arrivals because of the soggified grass fields…where most of the planes park and campers do their camping thing. *** Many airplanes were turned away over the weekend but nothing deters the Airventure show, which must go on. *** Several things already buzz, then out to the field for me to discover more and get things rolling (I got here late last night from the wonderful DC-3 Fly-In 4 hours south of here – half of the flying DC-3s in America, 35 total, turned up to be admired by thousands of visitors – a wonderful show.) *** Back to Oshkosh and LSA-centric events: *** <> If two flying cars aren’t enough – the Terrafugia Transition and I-TEC Maverick I’ve reported on in the past- here’s another one: the Caravella.  It’s an intriguing work in progress and they’re exhibiting at the show. *** <> Oshkosh never fails to deliver sheer wonderment but here’s one for the books: a rocket-powered helicopter (terms you don’t expect to hear together!).  Read about it here, but the short tell is hydrogen peroxide powers rotor-tip jets to get things going.   Endurance claim is 1.5 hours!  Can you say LSA green helicopter in one breath?  This amazing project deserves a closer look. *** <> Sonex Aircraft, which is working on its own electric-powered project, introduced the Onex, a single-seat, homebuilt E-LSA.  I’ll have pix soon.  The bird has folding wings a la the F4U Corsair warbird (makes trailering legal) and will be powered by an AeroVee engine. *** Off to the show!