I write this on the eve of Oshkosh 2022. The big summer celebration of flight opens officially on Monday, July 25 running through next Sunday, July 31st. Based on a tour of the grounds on setup day, I think we’re in for an interesting week.

I plan to continue work to bring you daily coverage but I’m hoping to be more efficient this year, to cut too-frequent 16-hour days to perhaps 12-hour days. That will mean shorter articles but those generating the most interest can go deeper when the show concludes.

After a difficult Saturday when storms blew through (see “Tough News” below), Sunday produced sunshine and mild temperatures. Weather for the remainder of the week looks great.

We haven’t seen this design for a few years although it never really disappeared. Bret Kivell of Indy Aircraft kept the design alive and well after the original developer left the business. However, while T-Bird hadn’t disappeared completely Bret was not in a position to properly support the aircraft. That’s where Matt Shubat comes into the picture. 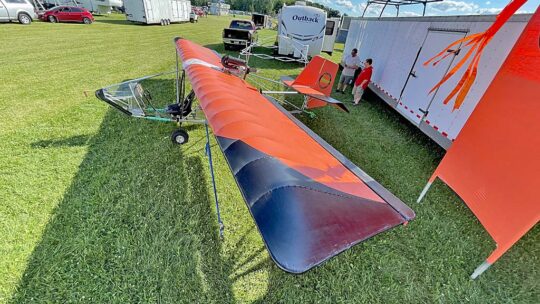 Matt’s background in aviation includes stints at airline and GA maintenance organizations. Doing similar work back in Wisconsin where he grew up, he found a number of T-Bird owners in need of parts they could not obtain. Calls to Indy Aircraft simply didn’t result in a supply of parts to keep those owners airborne.

A persistent man, Matt finally corralled Bret and after six months of negotiation, he acquired all intellectual property, design rights, and a stock of inventory. The large trailer seen behind this first Wisconsin T-Bird made eight fully-loaded trips back and forth from Iowa to bring all the materials to Berlin, Wisconsin, about 20 miles west of Oshkosh. 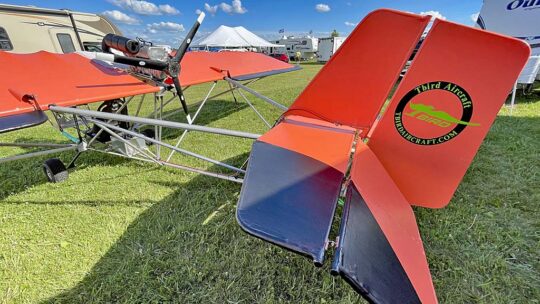 Work remains to make the design a bit leaner and lighter plus Matt needs to update assembly drawings he showed me. The instruction set looked reasonably good but some parts have changed and some drawings need to be redone.

T-Bird Aircraft plans only kit-built aircraft for the time being, but important to many T-Bird owners is Matt’s promise to support all those aircraft with parts. This aircraft dates back to the 1980s and has changed little over that time …because it didn’t need to change. However, aircraft get worn or damaged components from time to time and the supply of well-fitting factory spares is a valuable service Matt can provide. I’ll bet T-Bird owners are thrilled. 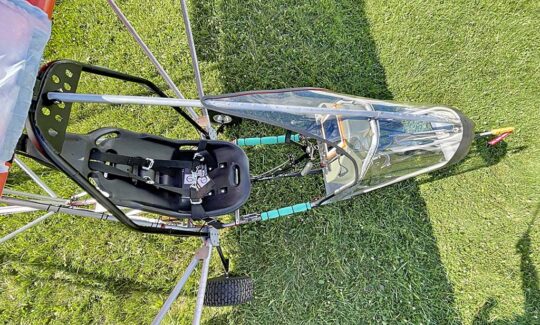 Here’s a flight review of T-Bird I from quite a few years ago, however, most of this information should still be useful to prospective buyers. That said, new proprietor Matt plans to make quite a few changes. Over the years and through prior owners, T-Bird some parts changed slightly motivating Matt to redesign some elements to improve fit and reduce weight.

A T-Bird I quick build airframe kit is a bit more than $15,000. With a low-hour used engine, instruments, paint, and finish work, getting airborne for $25,000 seems readily achievable. 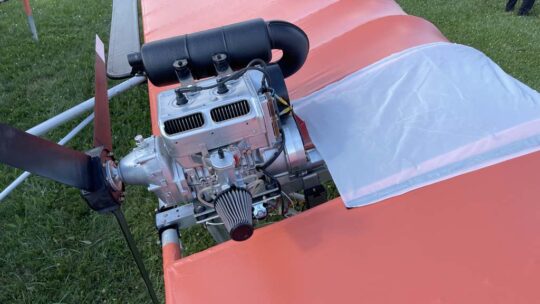 A T-Bird TU — for “True Ultralight” — will follow. Matt is at work on this now. Using a paramoter engine as other Part 103 producers have embraced can contain empty weight to 227 pounds giving a generous remainder for essentials an owner may want.

A Bit of Tough News

Our friends at The Airplane Factory had their “Sling Island” largely set up at AirVenture… before the storm. Unfortunately, their large tent was one of those that caught the full brunt of strong winds and rain. 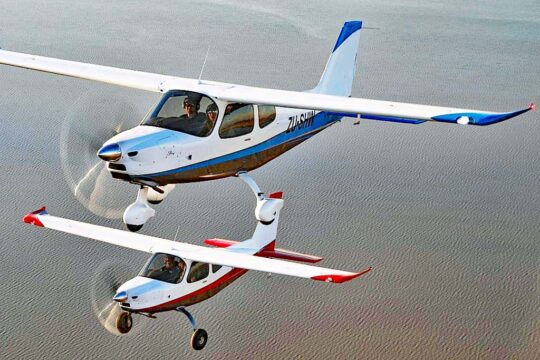 The Airplane Factory USA proprietor Matt Liknaitzky described a harrowing period where tall aluminum poles several inches in diameter were uprooted and were being slung around wildly by the wind-propelled tent. No one was hurt but at least three beautiful Sling aircraft were seriously damaged. The structures probably survived but all need to be inspected, have new skin sections applied and repainting done. One aircraft was visiting Oshkosh en route from the west coast to its new owner on the east coast. Instead, this airplane must return to Torrance, California for reskinning and painting. How very discouraging!

Balancing the tough turn of events before the show even opened, Matt had great news about his business. They are builder-assist assembling a steady stream of Sling TSIs (flight review). His flight school is busy. The enterprise is now up to 52 employees. Not many years back Matt was a one-man import shop aided by some good friends. In a short time, he’s become a mover in U.S. aviation.

In other good news, he reported the flight of three (not one ocean-crosser, not two, but three) brand-new Sling High Wings are headed to Oshkosh from South Africa, half a world away. Long flights are nothing new for this outfit, but they haven’t made the huge globe-spanning flight in a group of three before. On Saturday afternoon, they were on this side of the Atlantic, flying from Barbados to the Bahamas. It’s just as well they had not arrived on Saturday, when they, too, could have been damaged.

This short video gives some flavor of the show as it prepares to open plus a hint of coverage to come.