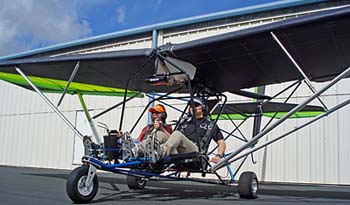 Once upon a time, a couple years before the SP/LSA was announced at AirVenture 2004, I thought the odds were high that Quicksilver would be the very first Special LSA to hit the market. Several other industry veterans agreed. Their GT500 was the very first to earn FAA’s Primary Category approval, back in 1993. This was a costlier effort than achieving ASTM compliance and so it seemed a done deal that Quicksilver would gain quick approval. I was wrong. Indeed, I was wrong by a dozen years. However, that’s over now as the Temecula, California company earned FAA acceptance for their Sport 2S side-by-side open-cockpit aircraft. In mid-April, FAA sent a letter saying all was well and the company can go forward with manufacturing. With their approval earned, Quicksilver’s S2SE is number 135 on our list of SLSA.

Will Escutia, president of Quicksilver Aeronautics, explained that the California company used “L-S2S” (the Light-Sport version of their strutted 2S) as the model name during the certification process. “We selected this name relatively early in the process in the understanding that we could market it with any other name we selected later.” (Airworthiness certificates will likely show L-S2S.) For retail buyers and company dealers, the Sport 2S model now approved to be fully manufactured will be called S2SE to conform to the company’s “Fly-and-Enjoy” concept for ready-to-fly aircraft and to differentiate it from the experimental kits the company will continue to manufacture and market. Quicksilver also continues to work on the GT 500 as an SLSA model but mentioned no expected completion date. About the audit FAA performed on Quicksilver, Aviation Safety Inspector Bob Franklin of the agency’s Washington DC office wrote in an email, “The FAA accepts your corrective actions to the … [audit] findings and now considers the audit closed. Quicksilver may now make application for Special Airworthiness in the Light-Sport category for the L-S2S.” All is “GO!” for the SLSA version of the 2S.

“Furthermore, we plan to start offering ELSA kits in the $33-34,000 range,” added Escutia. Therefore a customer who wants a Sport 2S but does not want to build it has a less expensive alternative and the ELSA version is more attractive to Quicksilver dealers as they can legally charge for assembling them. Escutia indicated that the S2SE Special LSA will be offered with wing coverings in exclusive color patterns that will not be available for kit-built airplanes. “The ELSA kits will be offered with a different design from the SLSA and the EAB kits as well, so people can identify readily if an airplane is an SLSA, an ELSA or a 51% kit (although I understand that later the customer may want to change sail sets),” added Escutia. Quicksilver’s new S2SE is supplied with the 65 horsepower Rotax 582 engine propelling a three-blade 72-inch composite prop. Besides strut braced wings (other models use wire bracing), Sport 2S in SLSA form has beefy landing gear, hydraulic brakes, and full suite of engine and flight instruments. Retail rice is $39,999, an introductory offer good to July 4th, 2014. 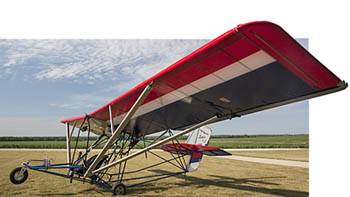 So, I’m pleased that Quicksilver’s new owners took the time — and spent the money — to achieve SLSA status for their iconic Sport 2S model. Yet what I consider equally important is the manufacturing system, specifically the remote locations to that purpose. The LSA industry has a few companies that offer the full range of 51% kits, ELSA kits and SLSA ready-to-fly aircraft. One noteworthy company uses a remote manufacturing location. This is Van’s Aircraft whose RV-12 is assembled by Synergy Air. Noteworthy that Van’s arrangement is, it stops short of the full potential for Light-Sport Aircraft. Quicksilver is taking steps to go bigger. The factory in Temecula, California will produce for the western U.S. states. The southern sector in the eastern two-thirds of the country will be served by Air-Tech, Inc., operated by the company’s longest serving and largest dealer, Gene “Bever” Borne. The northern sector will be served by Todd Ellefson, who for the last 14 years has been the company’s primary sales manager. 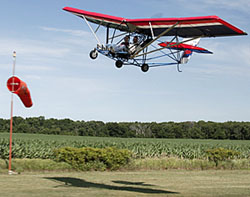 “Almost every kid has dreamed of flying. Practical considerations — prices, regulations, safety, etc. — crush this dream for most,” observed Escutia. “Therefore our mission is to become the bridge that allows the aviation enthusiast to fulfill the dream of flying his or her own airplane.” At less than $40,000 for a ready-to-fly version of a highly-proven aircraft, he has a point. Kits can reduce this further. With the remote manufacturing locations, shipping charges will be less so, overall, costs are being significantly restrained. We don’t see enough of that in aviation and I say, “Good for you, Quicksilver!” I wish them luck and urge those readers with no familiarity with the company’s aircraft to give one a flight. They are certain smile-makers.