You know you have a great job when… you get to fly a brand new Light-Sport Aircraft on a bright, beautiful, blue sky day at a Sport Pilot-friendly airport. The job: writing this story and making a video. The task: Go fly (duh!). The airport: Mt. Vernon (KMVN), the award-winning Illinois facility that hosts the Midwest LSA Expo lead by the most customer-attentive airport manager one can imagine. What’s not to love? 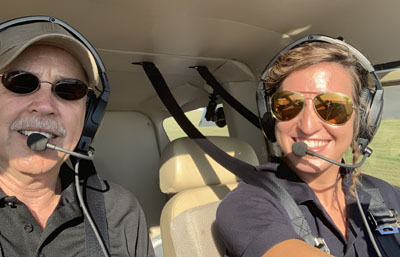 My time aloft was with Quirin Riddle, a young pilot that handled Colt with precision, methodically following checklists.

The specific task in this case: Fly the Texas Aircraft Manufacturing Colt 100, now in the final stages of gaining its Special Airworthiness certificate as a Special Light-Sport Aircraft. See our earlier article.

The day could not have been more lovely and the air has never been smoother. The only thing I needed to make the experience a complete success was pleasant cabin mate as we went aloft to check out the Colt. Base covered: Quirin Riddle, a 300-hour pilot with 30 hours in type showed me around the cockpit and how Colt behaves in the air.

Look for a full Video Pilot Report and interview when Videoman Dave can get this one edited*.

As I usually do, I asked Quirin to treat our flight as if it was you — yes, YOU! — in the cockpit. I told her to demonstrate for me what she would do for any prospective customer. You want to do this; I was fortunate enough to do it for you. 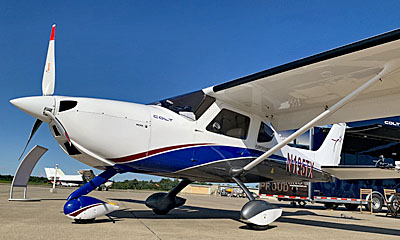 The idea is that since you could not go aloft in Colt I wanted to do what you’d have done had you been at Midwest LSA Expo (which I hope you will be next year; it is simply perfect for demonstration flights… the best of any airshow we attend). Through many years of experience, I have learned to start these Video Pilot Reports by asking the factory pilot to show me exactly what they’d show you if you were the one sitting in my seat.

Karin did that, so we ran through taxiing, basic takeoff and climb to altitude, followed by maneuvers. We did cruise speed evaluations, slow flight, and stalls. After she showed me what Colt could do, I requested the controls and I performed my usual evaluation starting with some dutch rolls, a non-aerobatic exercise I use to learn the handling characteristics. If I can do reasonably coordinated dutch rolls pretty quickly, as I did in Colt, that tells me this is a well-handling flying machine. 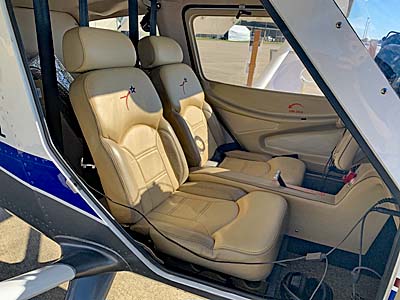 Unlike most LSA, Colt uses a yoke rather than conventional or side stick. I’m a joystick lover but I acknowledge most pilots trained in the last few decades may be more comfortable with a yoke. Some prefer it so much they will tell you an airplane is easer to handle with a yoke. I think it’s a personal preference but if you prefer a yoke, Texas Aircraft’s Colt is one that may please you.

Colt is an all-aluminum construction, meaning any repair work needed after a purchase can be done by a great many mechanics anywhere in the world. It is powered by the Rotax 912 ULS carbureted, 100 horsepower engine. Texas Aircraft chose a three-blade Sterna prop. You may not be familiar with this Asian brand but it appears very well made. Dynon provided the avionics and auto pilot.

We rotated at 50 knots after a takeoff roll of 400-500 feet, common for many Light-Sport Aircraft. Remember that this is a prototype Colt. The number two model is currently going through the process of gaining Special LSA approval and a third, conforming example is under construction in the company’s home base in Hondo, Texas. Prototypes are usually somewhat heavier than final production examples and N105TX was no exception. In standard production models, I would expect takeoff roll to be marginally shorter and the climb to more robust than the 700-800 feet per minute we averaged on a day slightly warmer than standard atmospheric conditions. 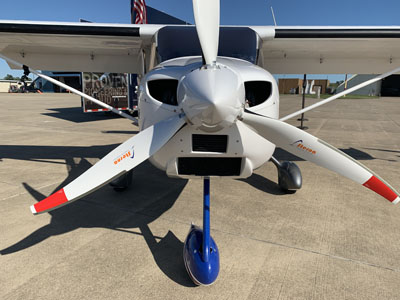 Colt’s aluminum skin — fuselage, wings, tail, and control surfaces — is supported by a welded chromoly steel safety cell. The construction techniques have been proven by designer Caio Jordão‘s model from a different company called Conquest 180. Jordão’s work has resulted in more than 300 planes that have amassed 150,000 flight hours. His son Diego assists him.

In final form, Colt will offer cruise at about 110 knots though we saw less at lower altitudes and without final optimization of prop and engine, plus the added prototype weight.

Stalls occurred at very slow speeds — high 30 knots to low 40 knots indicated air speeds — and were all very well behaved. In all maneuvering that I did, Colt felt very solid and secure. It should be a great aircraft choice for those who want that classic Cessna experience in a Light-Sport Aircraft.

* What does it take to edit a Video Pilot Report? 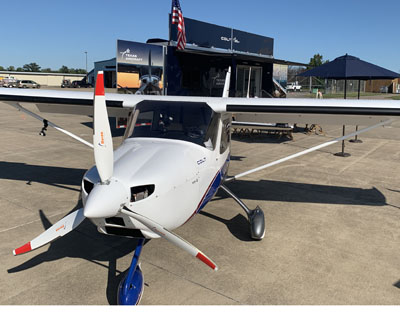 While Colt attracted attendees of Midwest LSA Expo 2019, Texas Aircraft’s wheeled display (background) caused “trailer envy” among some of the other vendors at the event.

Let’s start by considering we mounted six cameras that ran for an hour each, two hand held cameras used to shoot 45 minutes more, plus a series of still shots. Then add the audio track from multiple cameras. First task: watch and log every minute of every video — that’s around nine hours merely to observe what you have available to use in assembling the video.

Are you exhausted yet? You haven’t even begun editing. Then scour the Internet for more useful footage and review a thumb drive the company provided. You have now spent about two full workdays and you still haven’t even started editing. Pulling it all together will consume more days …all for a single video.

That’s probably more than you wanted to know but hopefully you get the idea that these popular Video Pilot Reports represent a lot of work.

Please be patient while Videoman Dave does his job.

While you wait on the formal VPR, here’s a mini-video to whet your appetite: