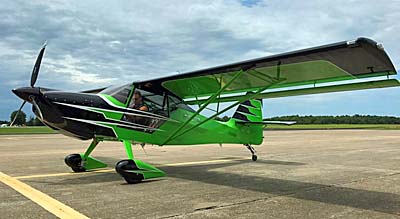 One of the stalwarts of the light aircraft sector is Kitfox, a brand known widely around the globe. First flown in November 1984 by Dan Denney, nearly 5,000 aircraft in various models have been produced. Nearly all were built from kits but the company also achieved Special Light-Sport Aircraft status allowing flight instruction for compensation.

Kitfox, like all that appear somewhat similar, evolved from the original Avid Flyer by Dean Wilson in 1983. The Kitfox brand went through various owners after Denney sold and today resides with John McBean though the company has always hailed from Idaho.

“Working from the very successful and robust Kitfox S7 Super Sport, we created a clipped wing, aerodynamically refined, and superbly stylized taildragger Speedster that is guaranteed to get the heart rate up to redline,” said McBean in news announced just before Airventure 2017 is set to begin (next Monday, July 25th). 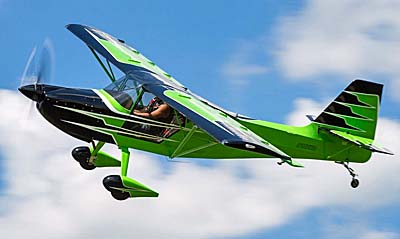 Using the fuel injected Rotax 912iS, the Idaho company said its 2017 Kitfox Speedster “is significantly larger and faster than its earlier namesake, with a great useful load and excellent short field performance.” They added, “Handling can only be described as ‘acro-like.'”

If you are lucky enough to visit AirVenture this year, you can see the new model at Kitfox’s show site (634 & 635) in what’s called the North Aircraft Display Area where you can find most of the light kit-build aircraft companies. Typical of productions by McBean’s present-day Kitfox, expect to see a finely finished flying machine.

The annual pilgrimage to Oshkosh is already underway and I’ll be onsite to capture more stories and lots of fresh video. Speaking of video, here’s ours when Kitfox first introduced the 912 iS into their airframe.