Icon’s A5 outfitted for development flight testing. Note the BRS parachute at the tail. 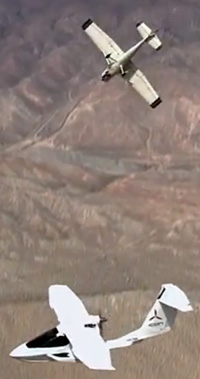 In Icon’s new video (below) you see the Cessna 150 and A5 controlled the same way with this starkly different result. 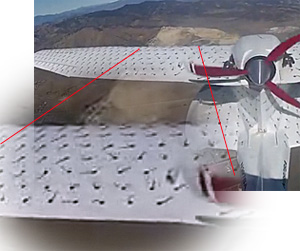 With all surfaces tufted to show airflow, the A5 can be seen in full stall with the inboard tufts moving erratically.

Amphibians are not widely considered primary training aircraft but A5 may be able to accomplish this thanks to the spin resistant airframe.

On Memorial Day I had a chance to visit Icon Aircraft and spend some time with CEO Kirk Hawkins. We met seven years ago — just after the SP/LSA rule was released — near the beginning of his ambitions to create an entirely clean-sheet LSA amphibian.

*** Recently, Icon released the video appearing below to tout their spin resistant airframe (or SRA). Aviation and mainstream media jumped on this story and you may see other reports. I reported work toward this earlier and it’s been some time coming. Why the wait? From my first-hand experience with Cirrus Design and the development of their SR20, I have a bit of inside knowledge on this subject.

*** Cirrus also tried to grab the golden ring of SRA, as did their then-close competitor Columbia Aircraft (the two companies won their Part 23 Type Certificate within days of one another). Neither succeeded. Cirrus turned to an airframe parachute under what’s called Equivalent Level of Safety. Columbia chose a rudder spring mechanism to lessen the likelihood for loss of control. The parachute proved to be a marketing bonanza for Cirrus and their models sold then and still sell very well.

*** Many feel SRA is vitally important if we are to grow aviation by making aircraft that are truly easier (and therefore safer) aircraft to fly. If you could create a design that would allow an overwhelmed student pilot to end up safely on the ground even when he or she keeps the stick buried in their gut, you’d truly have something. Cirrus deployed the parachute concept, and indeed, many lives have been spared.

*** Now, Icon proudly announced that they achieved the extremely rare feat of designing a mainstream, conventionally-shaped aircraft (meaning no canard or other unorthodox solution*) that is genuinely spin resistant — not merely spin recoverable. You’ll have to watch the video, maybe a few times, to grasp what I learned in several hours of conversation with Kirk. This is quite something! An Icon can be flown slowly to stall, with the stick remaining full aft and still have roll control plus the A5 will descend, in essentially straight flight, all the way to the ground or water at about 1,000 fpm. This descent rate, combined with a safety cell and other devices, could allow the occupants to walk away despite their effective loss of control (in that the pilot did not allow the aircraft to resume normal-airspeed flight). In truth, a parachute is more certain to deliver an aircraft safely to the ground than a stalled aircraft. Both can descend at survivable speeds — but the stalled-yet-controllable aircraft still has a forward motion component whereas the parachute has only a vertical descent plus whatever wind motion is created.

*** Neither Cirrus nor Columbia created a spin-resistant airframe. Likewise, the video shows a Cessna 150 can’t match A5’s result. Except for some “specialty” designs*, no one else has done this either. That’s why I consider this a big deal and one that could help aviation find a broader market. For that I salute Icon and its talented team.

*** When combined with careful pilot training, an SRA aircraft like the A5 has real potential to change the student pilot paradigm by making flight instruction effective at creating new Sport Pilots who can go operate a two seat LSA in greater safety, even at the lower altitudes common to recreational flying. If you are an experienced pilot, you’ve learned to avoid entering a spin and you may know how to safely recover from one. Wouldn’t it be better if you just never got into one?

* Some other designs have promoted spin and/or stall resistance including the twin-tailed, no-rudder-pedals Ercoupe, several canard designs, and the Kasperwing, however, except for the Ercoupe none reached serial production.