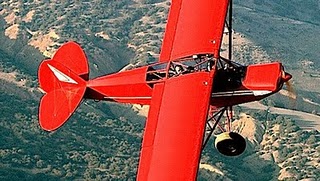 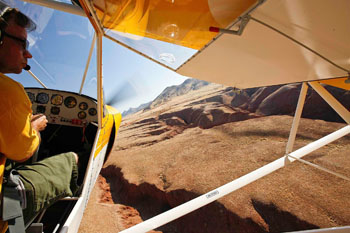 If you want to have a rocking good time without ever leaving your seat, check out this video clip of an upcoming film titled, “No Second Chances.” Billed as “an Alaskan bush adventure on steroids” if this teaser is any indication, ho shee mama, this ought to be some flick!    *** The bigger news, as Dan Johnson covered earlier with some interesting historical perspective, is the announcement by SportairUSA of the Bush iCub. *** Dan points out that the new LSA isn’t another Cub Clone a la the Legend or CubCrafters versions, but an evolution of the Savage Cub, Cruiser and Classic line of light sport airplanes put out by the Czech Republic’s Zlin Aviation since 1999. *** I’d like to get my hands on the Bush version and go do some dirt-whompin’. It’s got a 7-inch extended landing gear, 1.25-inch axles, big fat bush wheels and other mission-specific enhancements. *** Some of the interesting specs (you’ll find the full Monty on the website) include: * Short field performance: take off run as little as 147 feet, landing run 249 feet, depending on configuration; * 36 mph stall speed * 565-pound useful load (515 pounds if equipped with the extended gear and 26-inch balloon tires); and, * a price under $100,000. (Other versions are priced as low as $77,900 complete.) *** And of special interest is the panel-mounted addition of an Apple iPad “Information Center” (the iPad has already sold 3 million copies in its first 80 days!)  The display comes pre-loaded with several aviation and navigation apps.  Very curious to see just how useful this aviation application of the iPad turns out to be. *** The software that comes with the electronic tablet includes: * WingXPro7, a GPS-Enabled Terrain-Aware moving map with touch screen interface * ForeFlight Mobile HD, which displays VFR/IFR charts, radar, flight rules, approach plates * Topo Maps * digital version of the Ultimate SAS Survival Guide and lots more. *** And yes, it docks in the panel so you can take it with you after flying.*** SportairUSA, run by Bill Canino, will distribute the bird, which is powered by a 100-hp Rotax engine.  The outfit already markets the lively composite Sting low wing cruiser and the new Sirius high wing beauty which I flew at Sun ‘n Fun and will be writing up in the next few days for