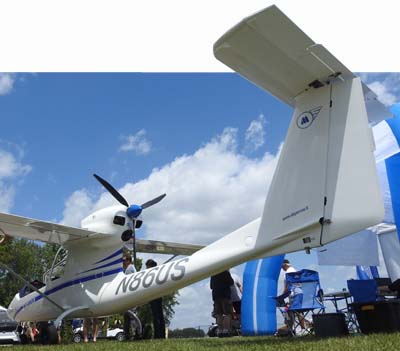 When most pilots think of imports, they assume a foreign manufacturer builds an aircraft in another country, finds a U.S. representative, and sends their product here. That’s certainly the standard practice.

For years, especially after the fall of Communism and the opening of Eastern European nations, rates of pay for highly qualified workers was so low that building in America was considered by many to be noncompetitive. Slowly, though, the situation has changed and now American production makes more sense, at least when the company intends to sell to Yankee pilots.

At Sun ‘n Fun 2018 I uncovered two new projects; one about which I had some knowledge, another that surprised me.

Marco Cavazzoni, long associated with Boeing, told me at AirVenture 2017 that a big change was underway. Now I have fresh info and the plan is coming to fruition. 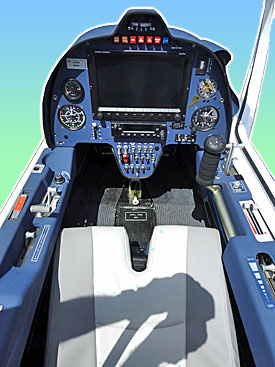 Sky Arrow has long been well represented by Hansen Air Group. The Atlanta-based importer introduced Americans to the composite aircraft and has sold to and supported the U.S. buyers of this handsome and very well flying aircraft.

Now, Sky Arrow USA is a company that is a subsidiary of Magnaghi (“Mag-NAH-hee”), the large Italian company that took over after the previous producer — using an Italian name often shorted to III or Triple-I for easier English-speaker reference — got into financial trouble. Magnaghi earns its main income producing complex assemblies such as landing gear legs and wheels for airliners. To such a large company, Sky Arrow must seem a hobby project but it is one they are serious about as the plane has many possibilities.

Sky Arrow won its LSA acceptance by FAA (arranged by the Hansen team), but another variant has Part 23 approval due to a policy called reciprocity where a foreign certification can be accepted by FAA. This gives Sky Arrow USA many possibilities for commercial use of the aircraft and their website reflects these ambitions.

Marco is the U.S. man that will run the U.S. operation for Magnaghi as he and his team work to set up full manufacturing in the USA. This is underway now. To learn more as they prepare for full activity, call 855-4-FlySky or send an email. When editing can be finished, we recorded a video with Marco in which he explains the plans more fully.

At the 25th anniversary of the Rotax 912 engine, at a fine event the big Austrian company organized at their home airfield, I had a chance to fly an airplane Americans do not know. This was the Sila 450 and I flew with company boss, Matic “Mago” Milorad. Here’s the article I wrote. 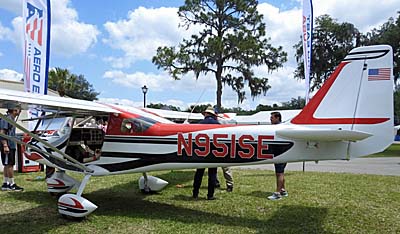 I described this experience but soon thereafter I was called to account for allegedly trampling on the rights of a Columbian designer who claimed the Serbian company had no right to produce it. At Sun ‘n Fun 2018, I was shown documents and photos that appear to show contracts were properly executed. I am not a lawyer but it certainly looks like my earlier apology may have been in error. All that aside, the original claim is mostly irrelevant as many changes have been made to the airplane now known as the Discovery 600.

The American-specific Discovery 600 (the original model was the Sila 450, though it has changed a lot in four years) will be headquartered in Portage Indiana under the name Aero East USA. Flight activities will occur at the nearby Valparaiso airport. U.S. operations will be run by Danny Labovic, a 50% partner with Milorad in the new venture. We interviewed Danny and Mago in Lakeland. 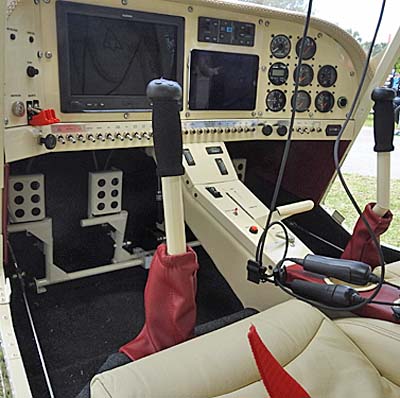 Initial production will be mostly done in Serbia, but as the U.S. operation gears up, raw materials such as aluminum sheet that have come from American sources will be partially prepared in the U.S., sent to Serbia for labor-intensive work by Serbians, and returned to American for final assembly and fitting of components such as avionics and engines that come from still other countries, including the USA. Though this may sound complex, it is very similar to what Boeing and Airbus do as they build airlines. It works for small companies, too.

I expect to report more on both projects — Sky Arrow and Discovery 600 — as they progress but our videos will fill in gaps in the meantime. Whatever way these projects evolve, it is interesting to see manufacturing come to American shores. Mr. Trump may be smiling, but much more important is the satisfaction of American pilots who will be given more aircraft choices.

Welcome to more of a famous label… Made in the USA.