Update April 13, 2018 — At Sun ‘n Fun  2018, I was shown documents and photos to suggest the problem was the opposite of what appears in the following paragraph. Without legal discovery, for which I am not qualified, it is challenging to sort out the truth, however, based on the four years of history that has followed this story, I’m inclined to believe Aeroeast is a legitimate producer. In any event, as the aircraft has since changed in many ways, I consider the matter closed and wish Aeroeast good success in the future. —DJ

Update August 10, 2014 — At AirVenture 2014, I was informed that Aero-East-Europe’s Sila 450 is significantly based on a Max Tedesco design. When I heard this comment, I recall I had looked at the Serbian aircraft featured in the following article and thought it looked vaguely familiar. Many aircraft designs share a resemblance so I didn’t think much of it and I was no where near any of Tedesco’s airplanes to have a comparison. According to World Aircraft proprietor Eric Giles, the Sila 450 is a Max Tedesco design on which royalties were never paid. If this aircraft interests you, it will prove much easier to buy a very similar aircraft if you contact World Aircraft and you will not then be violating anyone’s intellectual property. My regrets for any confusion in this matter. —DJ 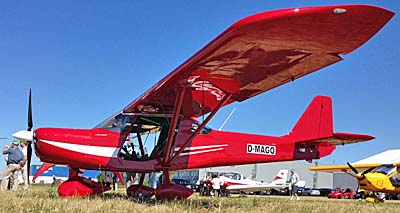 Original Article — Quick! Do you think you can point to Serbia on a map? (Hint: It’s south of Hungary and north of Greece. Don’t feel bad if you didn’t know; few that I’ve asked were sure. Along with countries like Bulgaria, Serbia simply isn’t on the mind of many westerners, a throwback to the dark and mysterious days of the Soviet Iron Curtain. Most Yankees have little awareness of the light aircraft industry in such eastern European countries. This article may change that a bit. At the Rotax 25th Anniversary Fly-In earlier this month I had an opportunity to fly the Aero-East-Europe (brand) Sila 450 (model) with General Manager Matic Milorad. I didn’t have to risk mispronouncing his name as he quickly said, “Just call me ‘Mago’.” My experience with Sila 450 was positive — more details below — and, as always, such new exposure brought a chance to learn. Through many nations around the globe that support recreational sport aviation communities and their manufacturers, the breadth of light aircraft is astoundingly varied. 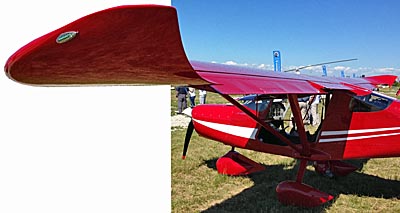 Mago, a former construction company owner who once operated in Italy, had a smooth command of English and of his airplane, appearing completely at ease in his flying machine. Sila 450 is the model name deriving from SILA as Serbian Industry Light Aircraft with the 450 being the European weight limit in kilograms for an “ultralight” (different than U.S. Part 103 ultralights). We flew in an aircraft Mago was delivering to a German customer who preferred analog instruments. Mago assured me a Sila can be and typically is delivered with glass screens as we’ve become used to seeing in the USA. Mago’s airplane enterprise is called Aero-East-Europe and is based in Kraljevo, Serbia on the Lyka airport, which aerodrome has an aviation history dating to 1926. 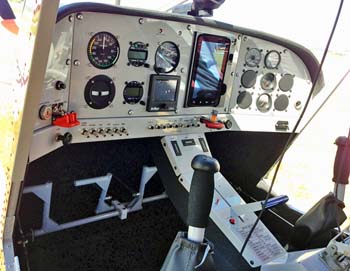 Sila 450 might be the airplane Cessna should have built when they offered their Skycatcher. By that I mean Sila is a conventional aircraft in many ways. It does not use the smooth lines of carbon fiber designs; Sila is all metal. It is not cantilevered, using dual struts. Sila’s instrument panel, though faceted to better show instruments to its occupants, lacks the automobile-inspired undulations of Icon’s A5. As expected since I flew the aircraft at the Rotax Fly-In, Aero-East-Europe uses the 912, an engine that Cessna initially considered. Our test Sila was equipped with an airframe parachute system (a fact I always appreciate after working in that industry for many years). Sila 450 is an aluminum structure around welded steel created with support from Serbian universities. The company has built more than 120 aircraft since 2006, a figure suggesting reasonable market acceptance, especially given the large number of competing aircraft made in the European community. 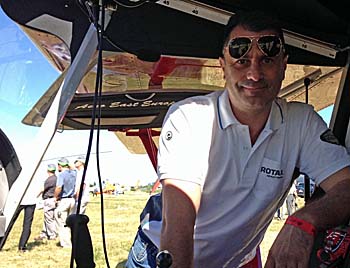 Mago is an interesting combination of intense and laid back. He obviously loves flying and trusts his design. On our takeoff from Rotax’s home field of Weisse Moewe, Sila seemed to leap off the ground and climb powerfully for several hundred feet. Ground roll is listed at 146 feet, which I’m inclined to believe after noting our fast launch. Climb is 1,000 fpm but it felt even stronger on initial climbout. As we ran through basic maneuvers, stall proved very slow at around 30 knots. Given a max speed of close to 110 knots, Sila nearly reaches the magical 4:1 ratio from slowest to fastest. Handling was very predictable. Stability was proven though joystick push- or pull-and-release checks plus Sila held attitude even in steep turns with modest control input. Overall, the airplane behaved with good manners. The interior was, like the exterior, conventional in its construction but with a decent finish. In other words, it doesn’t qualify as fancy but is well appointed. Cabin width was a spacious 47.6 inches. So you get a lot but you don’t pay much. That conventional construction plus eastern European costs allow Aero-East-Europe to sell Sila for €55,000 (about $76,000 at present exchange rates) before shipping or government expenses. At that, I see a fair bargain in a well-flying airplane. Mago (photo) is keen to investigate entering the American market. While we have a surplus of well regarded airplanes from more famous brands, some pilots express an interest in something different. Sila may fit that requirement.