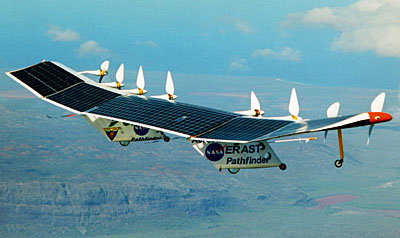 UPDATE 12/20/18 — Video added regarding the second book below. See at bottom of post…

Unlike most aviation outlets, I’ve refrained from putting out a Christmas gift guide for pilots. I prefer to stick closely to aircraft as that’s what you pilots want the most. I learned this lesson many years ago when I starting writing light airplane reviews and found a market that lead to this website.

However, as a content creator I admire the work of other writers and in this post I have a couple for your consideration. Possible Christmas gifts or otherwise, these offer good wintertime reading when the snow flies and temperatures drop below freezing.

Not many years ago, such a title would have provoked raised eyebrows or confusion. We didn’t have any electric airplanes until around 2007 when Randall Fishman showed up at Oshkosh with his very credible single place (Part 103) trike ultralight powered by battery-supplied electric motors. But wait… is that right? 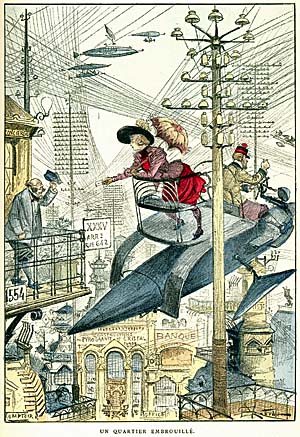 The truth is, electric aircraft go way back, to even before the Wrights’ famous flight 115 years ago. An article about the newest LSA candidate — a first Lighter-than-Air category — also uses electric power for horizontal movement but FlyDoo developer Leandro Corradini was far from the first. Back in the late 1800s. the earliest airships also used electric power, decades before Flyer’s success at Kitty Hawk.

Kevin Desmond demonstrates this most convincingly with his new book — “Electric Airplanes and Drones, A History.” As the full title suggests, he begins with a historical perspective that imparted a slack-jawed look to my face. Kevin unearthed facts of early flight (real or fanciful) that I’d never heard or even imagined.

With a vast range, Kevin’s book goes literally from prehistoric times to futuristic developments and about everything imaginable in between. The 300-page book starts from the most foundational efforts to the invasion of electric motors on RC models, to solar power, to Lithium batteries, to the three Hs (hybrid, hydrogen, helium), to drones, to flying cars, and into tomorrow.

Based in France prolific writer Kevin (27 books and 300 articles) traipses all over the planet to follow developments of electric power on flying machines. Dense pages packed with information are accented with many illustrations, a couple of which are presented nearby.

“Electric Airplanes and Drones” isn’t cheap at $49.95 but it is a monumental effort describing the whole of the field in ways I have never seen documented. Bravo, Kevin! Get more info or order at McFarland Books.

Stop! Don’t quit reading here because you’re a fixed wing or trike guy or gal that does not care about powered parachutes. Indeed, as our new market info guy, Steve Beste, has shown (and you will soon get to read), powered parachutes continue to sell in stronger numbers than you may have known. 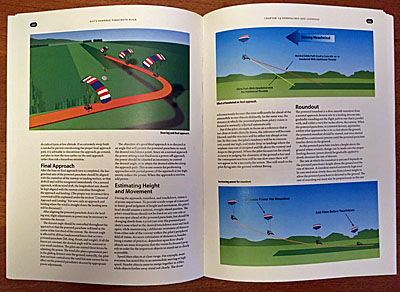 These unwieldy-looking flying machines are also some of the best priced and funnest aircraft you can consider. Plus, FAA regs say you can get a Sport Pilot certificate in a powered parachute in a mere 12 hours, the lowest requirement of any Light-Sport Aircraft. These facts make powered parachutes among the most approachable of any aircraft.

Roy Beisswenger’s monumental effort — the large format (9 x 12 inches) volume contains about 400 pages — is significantly applicable to all forms of flight. The book contains Federal Aviation Regulations, test guides, and a glossary that almost any sport pilot would value.

If you’ve seen Roy’s Powered Sport Flying magazine, you already know his prodigious talent in illustration. (If you haven’t seen PSF, I urge you to subscribe.) Roy’s book also features extensive use of his artistic ability and hundreds of photos (nearly all of which he took himself). The book is lavishly illustrated with diagrams and images to help explain Roy’s easy-reading words and it is all presented in a ready-to-absorb magazine-style layout that showcases Roy’s creativity in multiple ways.

If your loved one is the least bit interested in powered parachutes, “Roy’s Powered Parachute Book“ is the ultimate Christmas gift (also available on Amazon). Like Kevin Desmond’s book it isn’t cheap but this is — far and away — the most comprehensive book on the subject ever written. Fantastic job, Roy!